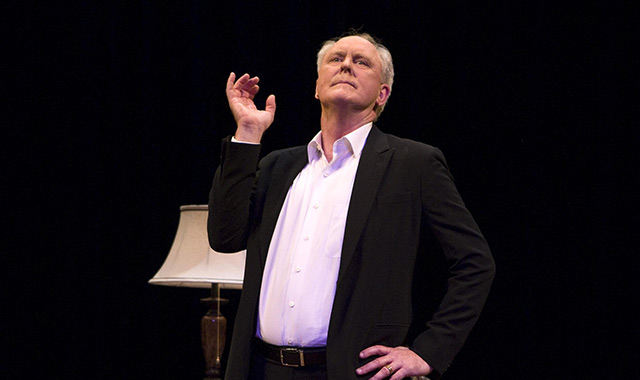 Live music is back, and ESO is planning an ambitious season with a range of visiting conductors. Catch a sneak peek inside.

Going to the symphony conjures images to many of men in tuxedos and women in elegant gowns sitting in an ornate theater and listening to classical music.

That is not the case with the Elgin Symphony Orchestra.

While the quality of the music is superb, the variety of shows and the setting are more inviting to all walks of life. Consider it the “People’s Symphony.”

“We really want to connect with everybody and provide something that everyone should enjoy,” says Marc Thayer, the new chief executive officer for the Elgin Symphony Orchestra. “It’s your orchestra. It’s everyone’s symphony.

“We want you to try any of our programs, sit back and relax and have a good time,” he adds. “Sometimes people don’t know what to wear or when to clap. If you love what you heard, you can clap. If not, you don’t have to. We’re trying not to be so formal. We want people to relax and have fun. That’s the goal.”

The 2021-22 season, which opened the first week of October, features genres for just about everybody. Performances include works by classical conductors such as Tchaikovsky, Brahms and Beethoven, as well as symphonic takes on more contemporary styles, everything from the film scores of John Williams to the Beatles’ Sergeant Pepper. In between are other surprises, like a holiday spectacular that brings together the symphony and the Elgin Master Chorale. Mariachi music is the subject of a late-April concert, coming on the heels of a show that focuses on old American songs. Then, in June, the symphony returns with the “on the farm” series that was a big hit this past year.

Concerts take place in the Hemmens Cultural Center in Elgin, however, the orchestra will also take their John Williams and Sergeant Pepper concerts to the North Shore Center for the Performing Arts in Skokie, and the Holiday Spectacular will head to Raue Center for the Arts in Crystal Lake.

“We enjoy being involved in neighboring communities,” Thayer says. “When we’re not travelling, we hope folks come to see us at Elgin.”

The ESO is made up of 65 members, but Thayer says that number can reach 80 to 90, depending on the needs of the respective concerts.

“We have our core members and then bring in extra people as needed,” he says, adding that most of the musicians are from the Chicago region.

“We’re lucky to be close to Chicago where there are so many fine musicians,” he adds. “We have some of the top musicians in the region. Some may teach or play in their communities and then play with us.”

Thayer, who took over as CEO on July 1, is also an accomplished violinist who has taught and performed around the world. Would he consider being one of those guest performers?

“For the moment, this job is pretty consuming,” he says with a laugh. “Plus, I’d have to audition.”

Thayer’s responsibilities include overseeing the staff, along with planning and operations. He and the other staff are also involved in fundraising, development, marketing, planning concerts and making sure conditions are right for each performance and the musicians.

And he’ll be deeply involved in what’s perhaps this season’s most important decision: the hiring of a new maestro.

Andrew Grams, who served as ESO’s music director for eight years, stepped down this past summer, though he will return as a guest conductor for the June 11-12 performance. That leaves a big hole for Thayer to fill. Locating Grams’ replacement is a process Thayer expects will take two years.

“This year we have a lot of guest conductors, but they are not all candidates,” he explains. “People can apply now, and next year we will have finalists narrowed down who will come in to conduct. It’s a really fun process to go through to find the best person for this community and this orchestra.

“And it’s a fun process for the audience, too,” he adds. “They get to see so many different types of conductors and different styles. We’ll see how they interact with the audience and we’ll survey the audiences to see what they think, as well.”

Thayer says the process needs to take this long because it will be an international search. He expects 200-250 applicants from all over the United States, Canada, Europe, South America and Asia.

In the meantime, there will be 12 shows throughout this season, which returns the ESO to “normal” after the COVID-19 pandemic limited things over the past year, when most performances were canceled. The only shows came over the summer at The Venue on Goebbert’s Farm, a semi-outdoor facility in nearby Pingree Grove.

However, there will be protocols for patrons as they return indoors this season.

“We’ve had to mandate that our audience and musicians are vaccinated and masked while inside,” Thayer says. “They will have to show their vaccine card and a photo ID at the door the first time they come. We expect to have normal capacity. If they are all vaccinated and masked, they can sit as usual inside the hall. We hope things get better soon and we can relax those policies.”

And speaking of the future, Thayer is looking forward to trying new things as the ESO grows and evolves.

“There are a lot of new staff members here, which we are excited about,” he says. “A lot of people are coming in from other orchestras with a lot of experience. And we’re talking about a lot of new ideas. We’re really trying to connect with Elgin and our neighboring communities.”

To learn more about this season or to purchase tickets, visit elginsymphony.org.

“We want people to come and have a good time,” Thayer says. “We don’t want cost or clothing to be a barrier. We are a musical organization that does all kinds of music, and I think there is something everyone will enjoy.”