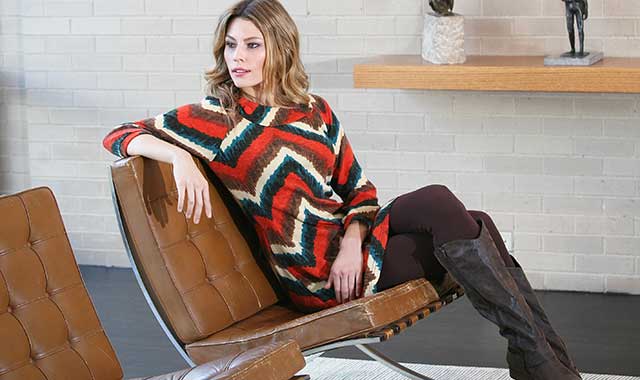 This creatives space in Arlington Heights stages nearly 350 performances a year, including a series of four Broadway musicals. Discover how this venue keeps our region rich with talent.

Theater venues abound in the Chicago area, but none offers quite the same combination of high-quality attractions and intimate venue as Metropolis Performing Arts Centre (MPAC), 111 W. Campbell St., in Arlington Heights.

Between its intimate house, its lineup of top-notch performers and its cosmopolitan setting, the nonprofit MPAC has staked a reputation as a significant arts destination.

“The level of talent we get is really unparalleled, says Joe Keefe, executive and artistic director. “We have 309 seats total – a little smaller than major competitors in the area – but we’re able to get talent at the highest level of performing arts capability in the area. They’re spectacular, and our casts are wonderful.”

The small, round stage at MPAC is more akin to a small college theatre than amphitheater. There is no curtain; rather, the stage protrudes into the crescent-shaped seating area. Front-row seats can be swapped with cabaret tables.

Onstage, the heart of MPAC’s season is the annual mainstage series of four Broadway musicals. Last year’s ambitious series, for example, went from Monty Python’s “Spamalot” to an adaptation of Alfred Hitchcock’s “39 Steps,” before wrapping with “Rent” and the Johnny Cash musical “Ring of Fire.”

This year’s season is no less ambitious, kicking off with Mel Brooks’ “Young Frankenstein” and the imaginative “Rosencrantz & Guildenstern Are Dead,” an imaginative spin-off of “Hamlet” written by Tom Stoppard. By spring, the beloved “Hair” takes the stage before giving way to “Peter and the Starcatcher,” a show Keefe describes as the grownups’ prequel to “Peter Pan.”

“Our menu gives people a lot of cultural opportunities, and we say our hope is to enrich the community with these types of opportunities,” says Keefe. “We find these programs joyful and compelling. That’s a frequent comment we hear – people have a lot of fun here and enjoy themselves.”

With nearly 350 performances on the MPAC stage each year, this venue has many offerings, for many types of audiences. Numerous concerts and cabaret acts showcase top-notch performers including Michael Ingersoll, a former “Jersey Boys” cast member; actor Kevin Bacon and his brother; and improv comedy from Chicago’s Second City.
Once the holiday season arrives, classics like “It’s a Wonderful Life” and “A Christmas Carol” share the stage with vocalists, musicians and comedy acts delivering more holiday cheer.

“Some of the major talent in the area plays here because of the acoustics and the musical talent, the warmth they get from the audience,” says Keefe. “What many of our patrons say is that it’s just as good as the theater in downtown Chicago.”

Keefe has good reason to believe in the talented artists who find their way to MPAC. The longtime theater producer, director, actor and writer sees Chicago as a magnet for top-notch talent. Keefe estimates MPAC will hire nearly 300 performers this year.

“I think of us as a stepping stone, that we’re the highest-level non-equity theater and most of our actors who are pursuing this as a career end up being equity,” says Lach. “They end up on the Drury Lanes and the Paramounts and the Marriotts in their next steps. Here, you can see the first glimpse of these rising stars.”

Compared with some of the region’s venerated arts venues, MPAC is a relative newcomer. Opened in 2001 as a for-profit theater, it entered a brand-new building designed especially for live performance. In 2002, MPAC became a nonprofit cultural outlet.

MPAC is entirely dependent upon donors, who can sponsor shows or series, and who can join in three fundraising events during the year. Keefe credits village leaders for their continued support of MPAC, including the contribution of a small annual allocation.

Keefe arrived at MPAC in January 2015 and brought with him a new energy. Since 2014, attendance has exploded more than 40 percent, with nearly 125,000 people now visiting every year. Nearly a quarter of patrons come straight from Arlington Heights. The rest mostly come from the surrounding suburbs.

“Seventy percent of the people who come to a show here are going to eat here before or after the show,” says Keefe. “And they visit the shops and enjoy the downtown atmosphere.”

Arlington Heights’ cosmopolitan downtown makes it easy to enjoy a night out. Patrons can park in the garage behind MPAC and head down the street to begin their evenings.

MPAC has built a close partnership with nearby eateries, including Mago, located at the theater’s entrance; Peggy Kinnane’s, across the street; and both Salsa 17 and Armand’s, located down the street.

“Most of the restaurants here have menus that they can tailor specifically to show times,” says Keefe. “We can provide them with showtimes every week and we’ll tell them what shows are going to be here, and the projected audience count.”

The MPAC team has found new ways to enhance the experience with special lunch-and-a-show or dinner-and-a-show events.

“If someone wants to come for a matinee, they’ve now got a special lunch opportunity before the show,” says Keefe.

MPAC does much to engage with its hometown, not the least of which is through its School of Performing Arts. Opened since the early 2000s, the school is training the next generation of performers with group classes, private instruction and children’s camps. Children as young as 3 can join in the fun, as they learn from talented adults about music, drama and dance. Special programs are available for curious high schoolers, too. Even adults can join in the fun, with lessons on improvisational comedy, drama, dance and private music instruction.

An additional 17,000 locals have discovered the arts through MPAC’s outreach programs, which target children and seniors inside the theatre and out in the community.

Through his work in an estimated 15,000 productions, Keefe has become a firm believer in the power of live theatre to provoke audiences and enhance a city’s culture. At MPAC, he’s seen how theater brings a community to life.

“I believe theater in society today is becoming more and more critically necessary to our civilization and our society,” he says. “As much as we objectify our emotions, through the internet and television and media and phones, those technologies have a tendency to vacuum out the personal experience. Theater is a personal experience. You can’t cheat an audience member, or a performer, a designer or director. There’s no way to cheat good theater. You instantly feel it, you recognize it, and it hits you intellectually and emotionally.”

The Show Goes on for Elgin Symphony

Live music is back, and ESO is planning an ambitious ...