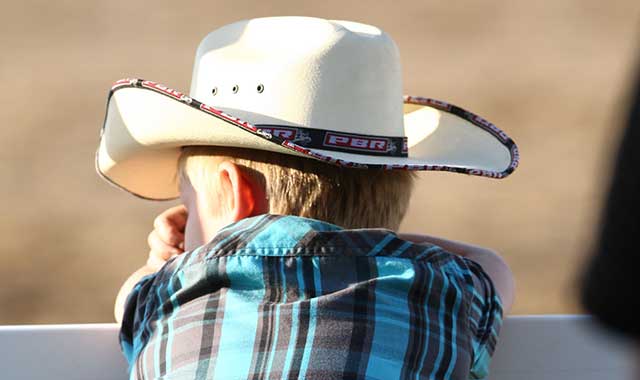 Keepin’ It Country at the County Fair

We all feel the call in different ways, but for these Kane County women there was an undeniable pull to help others. With a little soil, some seed and lots of helping hands, Glory Gardens and the Rising Lights Project are feeding body, mind and soul – not just for a growing base of volunteers but also for the communities they serve.

What can you achieve with a little dirt and some seeds? For these women
in Kane County, the result is life-changing for themselves and their neighbors.

Following the Call
In the middle of the night, Michelle DeRaedt heard a voice in the dark.

“Grow food. Feed people,” it called. When she opened her eyes, no one was there.

“This was 2018, and I had just come out of a bad season in my life,” DeRaedt says. “I’d been asking the Lord what my purpose was. I had no idea what this message meant. I didn’t know if I was dreaming.”

It felt like a calling. And if she was to follow this calling, DeRaedt figured planting a garden was a good place to start. There was a community garden down the road from where she lived, but it was full, so she began planting in her own yard. Soon, she was handing out bags of fresh produce to neighbors.

Things went so well that first season that, in the fall of 2019, DeRaedt set up a garden at Ginger Creek Community Church in Aurora. The following year, she and a few volunteers worked the 40-foot by 40-foot plot and produced more than 860 pounds of food. They donated it to the Marie Wilkinson Food Pantry and a number of church families. The Pantry alone served more than 54,000 people last year, thanks in part to contributions from growers like DeRaedt.

She became hooked on gardening, and in 2021 she doubled her growing plots. That same year, a move to Batavia offered a new opportunity to grow food and feed people.

Driving back and forth from her new home to the Aurora church, DeRaedt passed by a house on Hart Road that always captured her eye. It was a big piece of land that had once been a horse pasture. She recalls saying to herself what a perfect garden spot that would be.

As she settled into her new home, DeRaedt rounded up some neighbors who were interested in starting a new community garden. Thirty people showed up for the first meeting, but no one had a large enough property to host growing plots. A few days later, someone contacted DeRaedt and told her an unbelievable story of how they acquired 5 acres with a prayer and a handshake. Now, they felt led to “pay it forward” by letting DeRaedt build a garden there.

DeRaedt drove to the property and couldn’t believe what she saw. It was the property on Hart Road that had always caught her eye. DeRaedt took it as another sign.

Soon, the Batavia Community Garden was created with the help of local residents and business supporters. The 100-foot by 60-foot plot is now home to 25 gardeners who typically live in apartments or have a yard that’s too shaded for gardening. Space that’s not rented out is planted by volunteers and harvested for the Batavia Interfaith Food Pantry. DeRaedt and her team of volunteers donated more than 950 pounds of food in 2021.

DeRaedt encourages families to try their hand at backyard gardening, especially now, given the rise in prices at the grocery store. The biggest myth about gardening, she says, is that it’s hard.

“I started a YouTube channel, Garden Jargon, because I wanted to help educate people when it came to growing food,” she says. “It’s something everybody wants to do, but they tell me they don’t have a green thumb.”

She also likes to remind her YouTube viewers that gardening isn’t so expensive as many people imagine. The cost adds up with pre-made raised beds and fancy tools but none of that is necessary, she says.

What you grow also matters. While DeRaedt grows all sorts of vegetables, including 47 varieties of heirloom tomatoes, she says a small piece of land is perfectly adequate for peppers, tomatoes, squash or cucumbers. For first-time gardeners, she recommends buying a book or searching YouTube for tips.

“Find out exactly what kind of garden you want,” she says. “Do you want in-ground garden beds? Raised beds? Are you trying to rebuild your soil?” The answers to these questions will help you determine your next steps.

When she’s not tending to the gardens in Aurora and Batavia, DeRaedt is working in her 2,500-square-foot home garden and starting some 4,000 seedlings in her basement. She hopes to start the plants in a greenhouse someday, but she’s making do with what she has until then.

And if that wasn’t enough to keep her busy, DeRaedt also tends a 30-foot by 50-foot garden at Geneva’s Pushing the Envelope Farm. She donates the harvest from there, too. Plus, she’s in the pre-development stages for Batavia Garden West and another 5-acre property on Kirk Road in Geneva.

In all, she has more than 11,000 square feet of growing space and has donated more than 3,500 pounds of produce to local families in need. Her registered nonprofit, Glory Gardens, is fully supported by volunteers, donations and grants. She accepts gifts with gratitude and has made it easy for supporters to donate on her website, allgardenjargon.com.

Soon, DeRaedt hopes to expand her garden footprint and launch a consulting business to help new growers get the most out of their backyard gardens.

“I don’t just want to hand people produce,” she says. “I want to teach them how to garden.”
For now, though, she’s content to continue following her call. “The Lord is pushing me in the direction of what I’m doing,” she says. “I’m feeding the masses.”

Connecting Others
Less than 20 miles northwest of Batavia, in the quiet town of Elburn, a quarter-acre plot known as the Rising Lights Garden is in full bloom.

Amy Mason, who designed the space, also manages and oversees everything related to its care. She’s certified in permaculture design, an agricultural system based on the ethics of earth care, people care and fair share.

“Everything we do needs to be good for the planet, good for us and good for our community,” Mason says. “And we want to be able to share whatever we bring out of the garden with our community and with our families who are involved.”

The Rising Lights Garden is part of a larger vision created by Jaimie Valentini, founder and executive director of the nonprofit Rising Lights Project. Mason and Valentini have been friends for a long time and had worked together on various projects related to those with disabilities.

In 2020, Valentini’s idea became a reality, and the Rising Lights Project was born. Its mission is simple: To encourage, educate and empower so that people from all areas of our communities – neighbors to political leaders, business owners, and more – can clearly see the ability in disability and create new opportunities to keep those with disability engaged and connected.

The Elburn garden is one way Mason and Valentini carry out that mission. When a local family offered to lend part of their 10-acre horse farm, Mason and Valentini jumped at the chance. Now, volunteers gather every Friday morning in the garden. As many as 30 adults with Down Syndrome, autism, genetic disorders, hearing loss, traumatic brain injuries and other disabilities participate at some level.

Planting, tending and harvesting herbs and vegetables allows adults with disabilities to learn leadership skills, cultivate social connections, and deepen their feelings of belonging within the local community, says Mason.

Not only does the garden give these participants a chance to work and play, but it also gives them a chance to learn – like when they made salsa together using the garden’s tomatoes. For some of these adults, new flavors and textures can be a challenge, so they may have never tasted a tomato. But they were willing to try something new because they’d helped to grow it, and they were curious how it tasted.

“We’ve really tried to make the garden inclusive,” Mason says. “We have raised beds that are built at the exact right height for someone using a wheelchair and we have wheelchair-accessible picnic tables. We also decided to use movable container gardens so we can actually bring our vegetables and herbs to some of our friends who can’t make it all the way back to the garden. They can do all the same tasks that we’re doing in our garden space, but they can stay seated at a table and be comfortable.”

In addition to the garden, Rising Lights Project offers inclusive playdates for children with and without disabilities while also hosting parties, movie and game nights, fundraisers and more. Upcoming events are listed online at risinglightsproject.org.

Education is a vital component, too. Just as Mason teaches adults in the garden, the project aims to teach the community at large how to talk about disabilities and how to approach and interact with this population.

“One of the things we did with our group recently was we asked them what they wanted to tell the community,” Mason says. Their answers inspired the design of the group’s flagship t-shirt, which reads: Just Smile and Say Hello.

Mason and Valentini, along with their volunteers and gardeners, bring some of their harvest to the public. Their vegetable crop last summer wasn’t abundant enough for a farmers market, but they got creative with herbs. From their storefront at Geneva Commons, the group sells honey, sachets of herbal tea blends, lip balms and hand salves. Everyone contributes to the final product. “We try to involve the gardeners in the whole process from start to finish,” says Mason.

For Mason, the mission is personal. Though she’s always been passionate about helping people with disabilities, she’s gained a new perspective as a mother of two boys, one with special needs. Her own experiences led her to write a book, “Bible Promises for Parents of Children with Special Needs.”

“We walked that road for a while,” Mason says. “It just created such compassion in me because when your kid isn’t looking or acting the way other kids are looking and acting, you can encounter so much judgment.”

While some resources exist for kids with disabilities, not as many exist for adults.

“Once you age out of the school system, there’s little support anymore for families,” Mason says. “It’s hard to find job skills training, activities and places for adults to really connect. That’s where Rising Lights is really filling this void in the community.”

As a result of her work in the garden, Mason says she’s made dear friends and watched these adults come alive. One of the program’s main goals is to create connections among adults of all ability levels while gaining skills that will open up future opportunities. One gardener who was mostly nonverbal went from being shy and quiet to talking and creating connections. Another has become somewhat of a leader and enjoys sharing his love of birds with new friends.

“It’s just really fun to see them progress and grow,” Mason says, “not just in their skills but also in their excitement to be there and do meaningful work.”