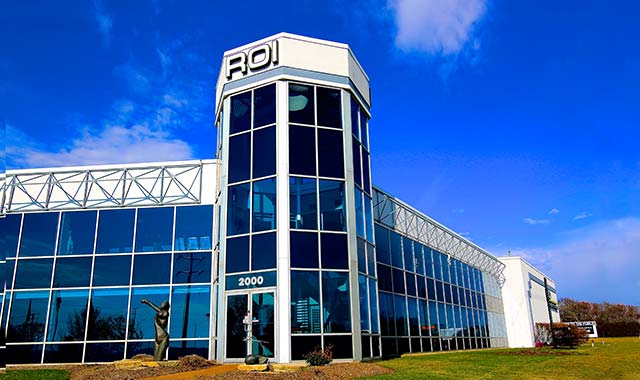 When it comes to finding exciting live entertainment in our region, you don’t have to travel far. There are many fantastic venues offering live theater, music and comedy, either in your own community or just a short drive away. Best of all, these top-notch venues bring a stunning combination of well-known performers and big-city entertainment year-round.

Named for a local businesswoman who left a generous gift to revitalize downtown, Raue Center for the Arts is a beloved fixture hosting regular concerts, theatrical productions and musicals, as well as standup and improv comedy shows. Lynne Jordan, a popular vocalist and storyteller from Chicago, is Raue Center’s Diva in Residence, performing an original show every two months. The in-house theater company, Williams Street Repertory, is dedicated to producing diverse and emotionally engaging productions. The new Raue Center School for the Arts engages children through workshops, private lessons and summer camps, some of which culminate in actual onstage appearances with professional actors.

Opened in 1931, Aurora’s gem cost $1 million and was Illinois’ first air-conditioned building outside Chicago. Originally a home for movies, concerts, vaudeville shows and sing-alongs, the Paramount went through a major restoration process during the 1970s.

Today, this opulent palace is known for showcasing world-class touring performances, Broadway-caliber theater, and children’s programming for up to 350,000 patrons in a typical year. The Paramount School of the Arts, located next door, offers classes for students of all ages. The newly renovated Copley Theatre, just across the street, launches the Bold Series this year, promising a season of evocative contemporary productions in an intimate environment.

For more information, go to paramountaurora.com.

History remembers John and Julia Robertson as community leaders and gracious hosts during Barrington’s early years. Still, when they built their Classical Revival mansion on Barrington’s Main Street in 1898, they probably didn’t imagine it would end up a highly sought-after wedding and events venue more than a century later.

It’s since been lovingly restored, remodeled and operated by the village, becoming a stunning museum-quality venue that’s been recognized on the National Register of Historic Places. Its intimate setting makes one think they’ve been welcomed into someone’s home. Featuring storytelling, readings, public forums and musical performances, including monthly jazz cabarets and art nights, Barrington’s White House beautifully blends local history with arts and culture in a unique and elegant setting.

Built in 1889 on Woodstock’s Historic Square, what’s now a dedicated arts venue originally served as Woodstock’s city hall, public library, community auditorium, and police and fire station. Among the many performers who’ve graced this stage are Paul Newman, Shelley Berman and Orson Welles, the latter of whom honed his craft here as a teenager and directed a few productions in 1934.

After the building narrowly avoided being turned into a parking lot, it was declared a national landmark and was placed on the National Register of Historic Places in 1974.

A complete restoration in 1976 set the Opera House on a course to becoming the thriving arts center it has become. These days, the Woodstock Fine Arts Association, the Judith Svalander School of Ballet, Theater 121 and OffSquare Music all consider this venue their home base.

A shining beacon in downtown Arlington Heights, the Metropolis Performing Arts Centre has been lighting up audiences since 2005 with music, comedy, dance and theater. The center boasts a cozy 329-seat theater and produces a variety of productions – both traveling performers and in-house acts – each year. In a typical season, more than 50,000 patrons are entertained in these seats.

The venue also maintains classrooms and music studios for the Metropolis School of the Performing Arts, which serves more than 2,500 students of all ages.

To learn more, head to metropolisarts.com.

Since opening its doors in 1986, the Schaumburg Prairie Center has become a favorite venue for audiences, as well as local and touring performance groups based around northwest Cook County.

Owned and operated by the Village of Schaumburg, the center has a 442-seat theater with the farthest seat only 14 rows from the stage. That intimacy, coupled with the venue’s exceptional acoustics, makes for a truly personal concert or theatrical production.

Go to prairiecenter.org for more information and upcoming events.

What do B.B King, Bob Newhart, Blue Oyster Cult and the Elgin Symphony Orchestra have in common? They’ve all performed at the Hemmens.

Opened in 1969 and named after Hattie Pease Hemmens, who left $1 million to the City of Elgin for its construction, this 1,200-seat venue is an important pillar in Elgin’s arts and entertainment scene. A favored destination for touring companies and musical acts, The Hemmens Cultural Center is also home base for several local acts including the Children’s Theatre of Elgin, Elgin Summer Theatre, Elgin Symphony Orchestra, and the Elgin Short Film Festival. Green Room Improv, a local improv group, also performs at the Hemmens on the first Friday of every month.

For more information, check out cityofelgin.org/1570/Hemmens-Cultural-Center.

An elegant cornerstone of its city’s history, the Arcada Theatre has been entertaining St. Charles for 96 years. Theatergoers originally flocked to see the latest vaudeville show, silent film or talking picture. As time passed, the Arcada languished, and then it found a new life in 2005 under Ron Onesti. In a venue that’s been fully restored and modernized, Onesti now hosts a constant calendar of traveling performers – a lineup of top-notch tribute acts and big-name performers from rock ‘n’ roll history.

Today, the Arcada proudly sports its original Spanish Colonial architecture and vintage chandeliers, with the addition of restaurants, bars and a dance floor. It’s considered one of the hottest music venues in the area, but it also looks and feels much as it did to an earlier generation.