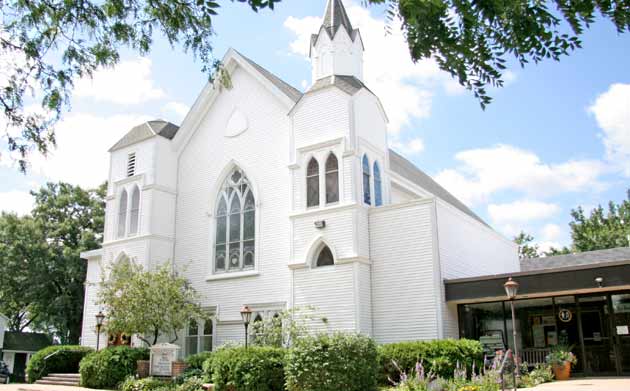 From busy cityscapes to quiet countryside, tidy subdivisions and bedroom communities to major thoroughfares, our region is an amazing patchwork of places, each with its own culture, its own identity and its own fascinating history. Take a tour through six communities that really put the Windy City into perspective.

Big-city lifestyle, quiet countryside, bustling suburban life – we enjoy it all in the Chicago suburbs. From our bedroom communities and neat subdivisions to our downtown districts and rural landscapes, the places we live are as diverse and as interesting as the people who call this land home.

What’s now Illinois’ sixth-largest city made its name in condensed milk and watches before the turn of the last century. Nowadays, this thriving city of 114,800 is rooted in historic preservation while embracing its incredible diversity (nearly half of residents claim Latino heritage). Meanwhile, manufacturing, logistics and homegrown businesses continue to thrive in all corners of the city. The eclectic downtown business district is home to small retailers, unique restaurants, art galleries, green space, a casino and one of Illinois’ premier orchestras.

Given that most properties in this village are 5 acres or larger, terms like “country estate,” “sophisticated country living” and “gentleman farmer” underlie the community’s dedication to property rights for pursuits like conservation and equestrian living. In fact, nearly 5,000 acres in the village are dedicated forest preserve. Large estates set a rich backdrop for philanthropic pursuits, including charitable events like the Barrington Country Garden & Antique Faire or regional charities such as the Sanfilippo Foundation and its Place de la Musique.

A wave of Swedish immigration in the late 1800s left its mark on this city in many ways. Visitors come from all around to the annual Swedish Days festival, and every December includes a visit from St. Nick as well as Santa Lucia (a Swedish Christmas tradition). Heritage aside, the city’s historical and architectural treasures set an iconic backdrop for visitors, who come to shop and dine along Third Street, bike or kayak along the Fox River, stay overnight at a bed-and-breakfast or tour the Japanese Gardens and windmill at the Fabyan estate. The Lincoln Highway, which follows State Street downtown, enjoyed a Hollywood moment in 2002’s “The Road to Perdition.”

The railroads brought this village to life in the mid-1800s, and it’s railroads that continue to draw out-of-town visitors, thanks to the Illinois Railway Museum. Open during the warmer months, the museum has indoor displays, historical buildings and a streetcar line. The McHenry County Historical Museum, located in an old schoolhouse, has many more stories to tell about this sleepy little town of less than 600.

For centuries, the sparkling waters of its namesake lake have attracted rest-seekers, including the Chicago grain merchant who built Dole Mansion here more than 150 years ago. What started as a summer home and the city’s first country club is now a destination for community events and local artists. Meanwhile, the downtown has its own flair, thanks to the city’s role in architectural terra cotta, a major building trend at the turn of the last century. City leaders dub their community “a nice place to live” for its beautiful green spaces, its range of residences and its proximity to everything – right at the edge of suburbia.

Tucked into the rolling hills west of St. Charles, this area blends suburban development with a quiet, pastoral aesthetic. Roads like Burlington/LaFox, Ill. Rt. 64 and Campton Hills Drive take visitors on a journey past well-preserved farmsteads, horse pastures, cornfields and restful subdivisions. Forest preserves blend in seamlessly, as do quaint touches of the past – including the old Wasco business district.