Beer lovers around northern Illinois can’t seem to get enough of this homegrown brewery’s product. Now, with a newly doubled brewing capacity, this Crystal Lake team is setting its sights on the future.

It’s late on a Friday afternoon and Ryan Clooney is cleaning up from a brewing session at Crystal Lake Brewing, 150 N. Main St., in Crystal Lake.

Over the past 16 hours, the brewmaster and an assistant have just mashed, brewed and begun fermenting about 30 barrels worth of beer – the equivalent of about 930 gallons. Two weeks from now, the fermenting tank will be drained into a few thousand cans or a few dozen kegs, all to be distributed to bars, liquor stores and grocery vendors around some 12 northern Illinois counties.

Tonight, Clooney’s washing buckets, hosing the floor and chitchatting with a few brewmaster buddies some drinks.
Making quality, approachable beers is paramount to Clooney, who’s worked with name-brand brewers and craft outlets alike. Good beer is also a passion for John O’Fallon and Chuck Ross, CLB’s co-owners and founders, who transformed a home operation into a rapidly growing success story.

It seems beer drinkers around northern Illinois can’t get enough of CLB’s unique beers. Opened in late 2014 with a few brewing and fermenting tanks, CLB expanded just last year – but that still wasn’t enough to keep up with demand.
“We’ve really struggled to make enough beer to satisfy our orders, says Jesse Able, CLB sales manager. “Up to now, when our wholesalers placed an an order we usually had to short them.”

“In the old days, if you went to your favorite bar, they might have a bunch of handles but they all stayed basically the same,” says Able. “But nowadays, most bars, especially those dedicated to craft beer, go through a couple of kegs and they’re on to something else. They’re constantly rotating.”

For the crew at CLB, the answer to high demand, low supply and relentless competition is to keep excitement brewing. This spring, the homegrown brewery is not only doubling its capacity but rolling out new beverages that promise to welcome less-sophisticated beer drinkers into the market. O’Fallon and his crew are excited by the possibilities.

Found in colorful cans and distinctive taps around the region, CLB has been distributing four core beers: Beach Blonde, a golden lager with a slight bready character and honey-like sweetness; Wake Maker, a citrusy session IPA brewed with Munich malt and lots of hops; Slalom King, a Rye IPA with strong hops, floral character and a hint of rye; and Overboard, an oatmeal stout that echoes the aromas of coffee and dark chocolate.

The Beach Blonde, easily the most popular of CLB’s lineup, mimics a German-style lager and is brewed using imported hops and malt. It’s so true to the original Munich Helles style that it won third place in last year’s World Beer Cup, losing only to Munich brewers that have been at their craft for hundreds of years.

“We were not even two years old at the time and located in Crystal Lake,” says Ross. “There were centuries-old German breweries that got beaten by a startup Illinois brewery, in a category that’s named for their city. That was really cool.”

This April, as they began using new tanks, CLB released two new beers. Busted Prop is a hoppy American wheat ale that bellows out spice, citrus and tropical fruit nodes. Fox Rocker, an American red ale, has a restrained hops taste and is being distributed in coordination with 103.9 The Fox radio station.

“Creating a beer for classic rock fans, who aren’t necessarily craft beer drinkers, was a fun challenge,” says Clooney. “What we came up with has all the best qualities of a true craft beer but the approachable drinkability of a refreshing domestic. It’ll be great at a summertime music festival, or any time you’re looking for a highly crushable beer.”

O’Fallon spent several years as a homebrewer before he and Ross launched CLB. With some help from Clooney, O’Fallon still tinkers with special small-batch brews served only at the taproom. Late this winter, the pair created an imperial brown ale and aged it inside a wine barrel. The draft begins with classic ale flavors, nodes of chocolate and caramel, before it imparts an aftertaste of red wine.

Inside the taproom, which serves up CLB drafts daily, the “beertenders” encourage patrons to explore as much as possible.

“The taproom is designed to introduce people to our beers,” Ross says. “So, you can get a flight of four or eight beers and then, when you go someplace like Pub 47 or Woods Creek Tavern, you know what you like.”

Interestingly, what you won’t find here is other people’s liquor. By law, CLB’s taproom is prohibited from selling alcohol not made on-site. But Beth Alberger, taproom manager, sees this limitation as an opportunity to introduce non-beer drinkers to something new.

“We have a lot of people come in and say they don’t like the dark beers, because they associate those with really bitter flavors,” she says. “I tell them, OK, forget about your preconceptions. And, I put an Overboard in front of them. It’s an oatmeal stout and it comes across with chocolate and coffee flavors. Their eyes are really opened.”

Food menus are absent inside the taproom because the team prefers to focus solely on beer. So, Friday nights bring a selection of local food trucks to the CLB parking lot. Take-out menus from area restaurants are available by request. And, guests are always welcomed to bring in their own feast.

With the expanded operation come new challenges, like reducing brewing session times and coordinating equipment.
Filling up the team’s five new 60-barrel fermentation tanks will require 18 to 20 hours of straight brewing for Clooney and his team. And preparing all the grain requires a more cost-effective milling system, which was recently installed. Now, the team can brew about 7,000 barrels per year – closing in on the building’s estimated 12,000-barrel capacity.

For now, though, O’Fallon, Ross, and their team are focused on making approachable, quality beers and sharing that passion with anyone who’s open to the experience.

O’Fallon thinks back to his homebrew days, when he and Ross would introduce friends to something that had few similarities to anything made by major producers.

“Our buddy Eric, his drink was Bud Light Lime,” O’Fallon recalls. “One day, I’m like, ‘Dude, today you’re drinking real beer.’ I gave him a homebrew and now, a few years later, he’s completely hooked on craft beer. The goal of what we’re doing is kind of the same thing, for the community, that Chuck and I did for our group of friends.”

The Anvil Club: A Time-Honored Tradition Opens to Public

Known for nearly six decades as an exclusive, members-only experience, ...

Prairie Street Brewing Co. : A Rockford Mainstay for Many Reasons

It's a hot spot of activity all summer long, and ... 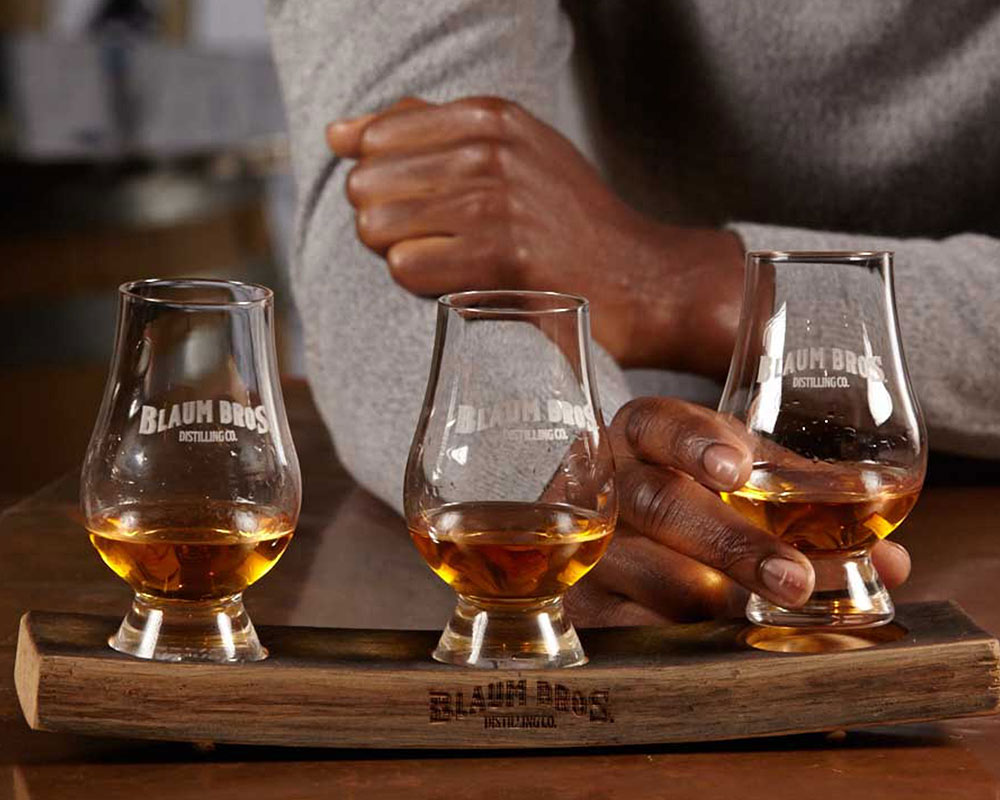 Blaum Bros. Distilling Co.: The Hobby that Became a Career

The Blaum brothers always enjoyed catching up with a glass ...