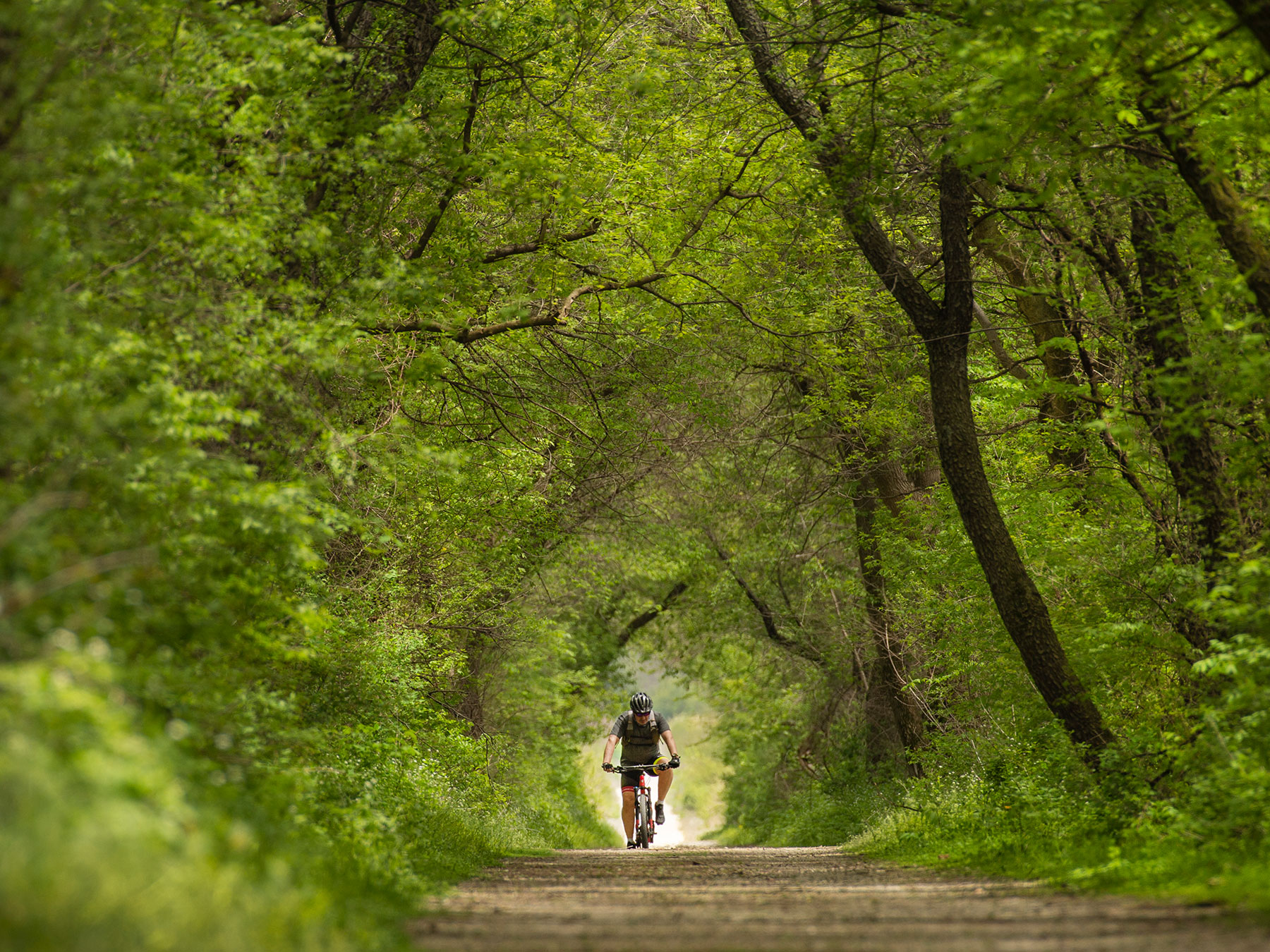 If you’re on the hunt for new flavors and unique experiences, we have great news. These six local distilleries offer everything from traditional vodka and whiskey to barrel-aged gin, making every craft spirits aficionado in the region sit up and pay attention.

When asked to pick a favorite cocktail from Kennay Farms Distilling in Rochelle, co-owner Doris Kennay doesn’t hesitate. “Grammy’s Gimlet would be my go-to drink,” she says. This classic libation blends Kennay Farms’ gin with simple syrup and lime juice.

“Our gin is unique,” Kennay says. “It’s botanical-forward with a juniper and black pepper finish. It has a nice, crisp flavor.”

In addition to gin, the distillery also makes vodka and whiskey, with bourbon set to join the lineup after it has aged to perfection. Craft spirit enthusiasts can taste these offerings at the distillery or buy a bottle and make their own at home. Kennay’s spirits also are available at local retail outlets or online.

The one thing you can’t buy anywhere but the downtown Rochelle location is its beer, which comes in everything from ales to shandies. Kennay Farms released the Homefront IPA in August to raise funds for Hops for Heroes, a charity that helps service members, veterans and their families. For Kennay, Supporting the military is personal. Many members of her family are veterans.

“We feel proud about their service, and we want to honor them,” she says.

When Mark Stricker and three partners decided to open a distillery, it had to be in his hometown of Harvard. “We grew up here,” Stricker says. “We want to contribute.”

Fortunately, staying close to his roots means bringing a high-quality product to market. Rush Creek has access to some of the best water for distilling, and its grains are grown on some of the most productive farmland in the world, he says.

Located near the last stop on the Metra line, Rush Creek is the perfect place to stop after a weekend in Chicago or Lake Geneva. Distillery tours, live music and food trucks are also available on select days.

The new kid on the block, Barnstormer Distillery gets its name from the iconic 1920s-era aerial stunt pilots known as barnstormers. True to Tim and Addie Ford’s love of aviation, the distillery is in a hangar on their 22-acre farm, where they grow various fruits, vegetables and herbs for vodka, rum, whiskey and moonshine. The tap room also boasts bar seating and a cozy event space.

While the distillery’s antique wooden propeller and portion of an old Hawaiian Airlines plane are great conversation pieces, its house-made distillates are truly what makes it one-of-a-kind.

“With everything that we serve on our menu, we try and think about all of our cocktail spirit drinkers, including those who like lighter drinks and are new whiskey drinkers,” says Addie Ford.
The couple embrace the farm-to-cocktail approach and work hard to make Barnstormer a place that caters to every palate.

With more than 2,000 five-star ratings on Tripadvisor.com, Blaum Brothers Distilling Co. ranks as the website’s No. 1 thing to do in Galena. Reviewers swoon over the distillery’s spicy HellFyre vodka, but co-founder and CEO Matt Blaum says his favorite drink is the old fashioned.

“While it is a well-known, common cocktail,” Blaum says, “we do it in the traditional fashion and it’s our No. 1 seller at the bar. It is truly remarkable.”

Those seeking a non-traditional spirit may want to try Blaum Brothers’ most novel creation: the barrel-aged IPA gin.

“We took a bourbon barrel, emptied it, filled it with gin, emptied it again, and gave it to a brewery that aged a double IPA in it,” Blaum says. “Then, they gave it back and we put gin in it again. It is as unique as they come. It’s delicious.”

The brothers also offer behind-the-scenes tours of the distillery seven days a week.

Is it a distillery, a winery, or an art shop? The answer is all of the above.

Husband and wife team Doug and Kathy Jackson pour their time and talent into this multipurpose space, which houses a bar, event room, art gallery and recording studio.

Kathy’s artwork decorates the tasting room and is featured on the bottles they sell. A former commercial artist for companies like Kohl’s, McDonald’s and the NFL, she now hosts art workshops on the third Sunday of each month.

Doug is the distiller, winemaker and music lover. He set out to create a winery 2012, and in the process met a distiller in Kentucky who agreed to train him in the art of spirit-making. Doug later learned his teacher was none other than Mike from the cable TV show “Moonshiners.”

Geneva Lake makes a variety of spirits, including vodka, rum, gin, brandy, whiskey and, of course, moonshine. The company also makes wines ranging from dry reds to sweet whites and everything in between.

With names like Dirty Street Taco, Rock Bottom and Monkey Fist, Copper Fiddle Distillery’s cocktail menu is full of exciting concoctions. Crafted with the company’s own vodka, rum, gin, whiskey and bourbon, the options are endless, with tasting flights available for the indecisive.

One of the distillery’s signature spirits is a Genever Dutch-style gin. It’s described as softer, more complex and more flavorful than a typical London Dry style, utilizing a combination of grain mash and seven vapor-infused botanicals.

Copper Fiddle hosts live entertainment whenever it can, hosting bands, comedians, singers, songwriters and performers of all types to the stage of this intimate tap room. Tour of the facility are available every Friday and Saturday.

A Refreshing Taste of Our Region

With so much variety, everyone can find something enjoyable to sip. Most of these distilleries allow guests to order food from local restaurants and have it delivered. Be sure to check each company’s website for retail options and nearby restaurants that also serve up refreshing cocktails with these spirits. 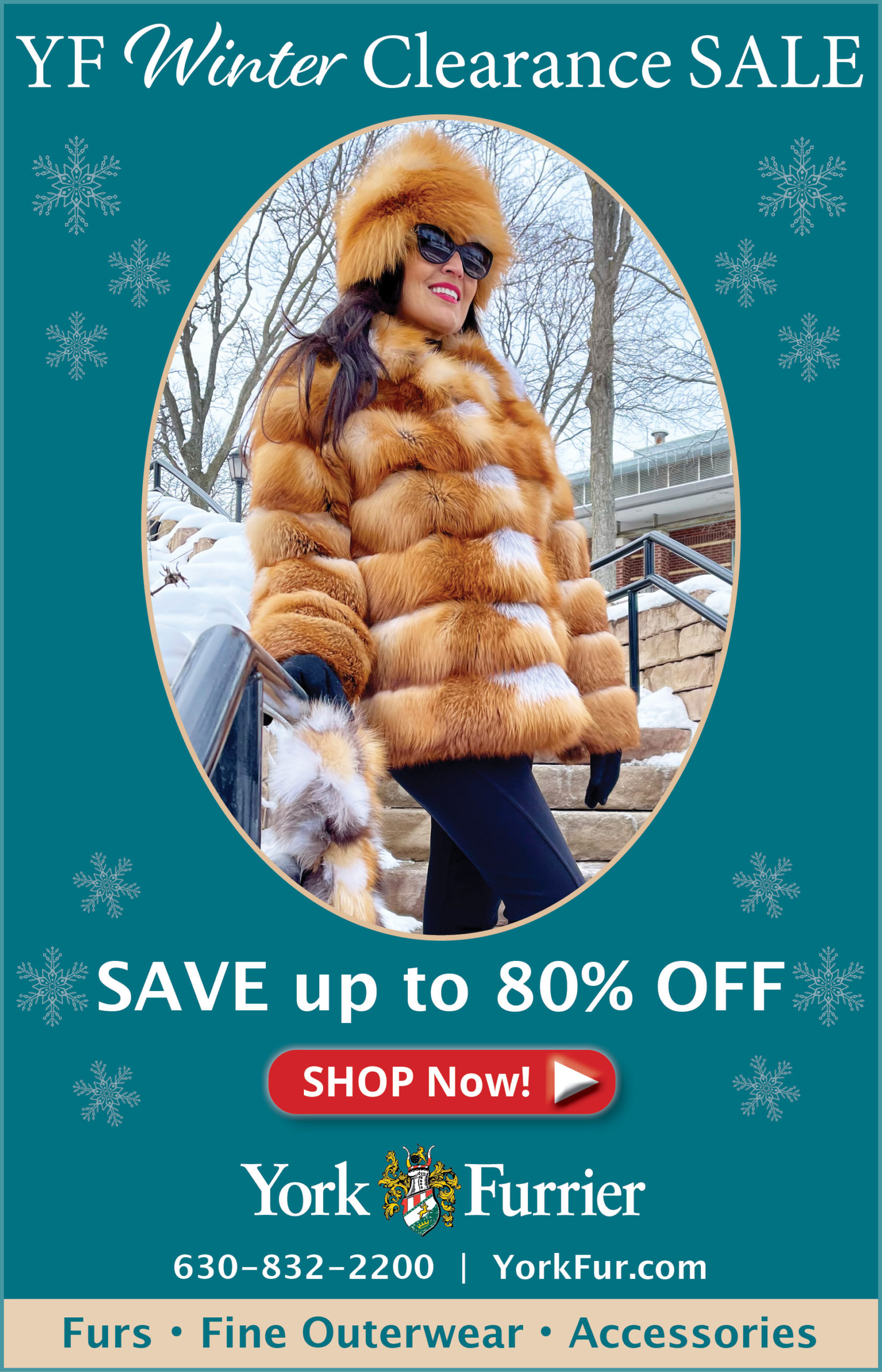 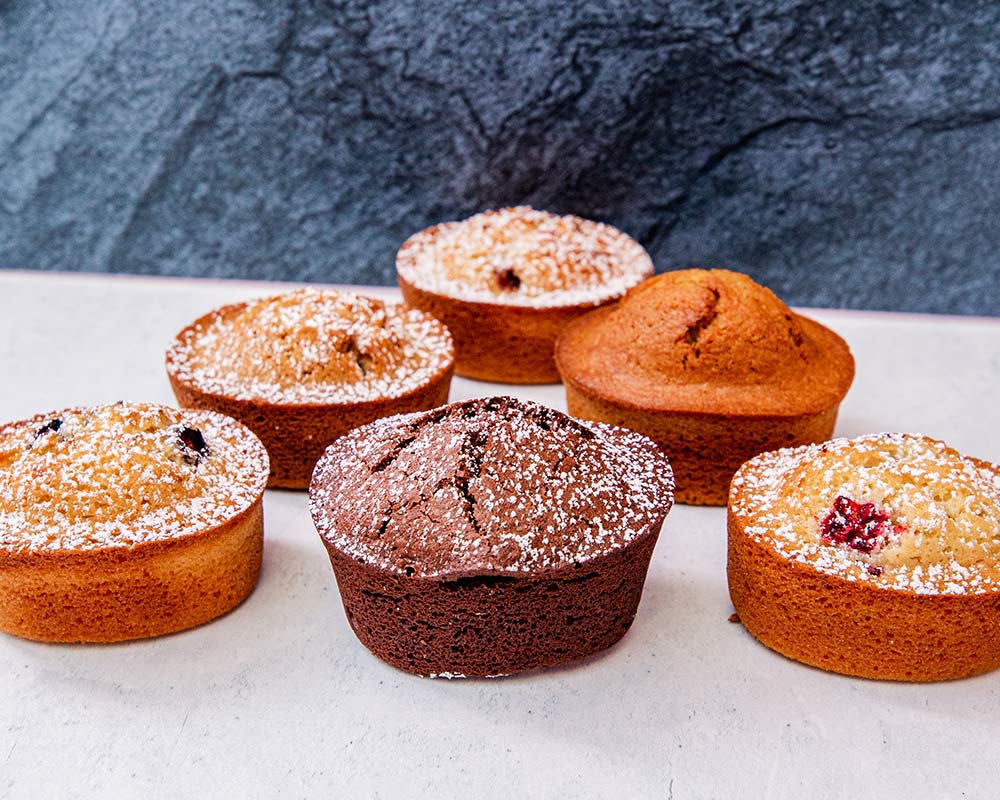 As sugar plum fairies dance in our heads, these local ... 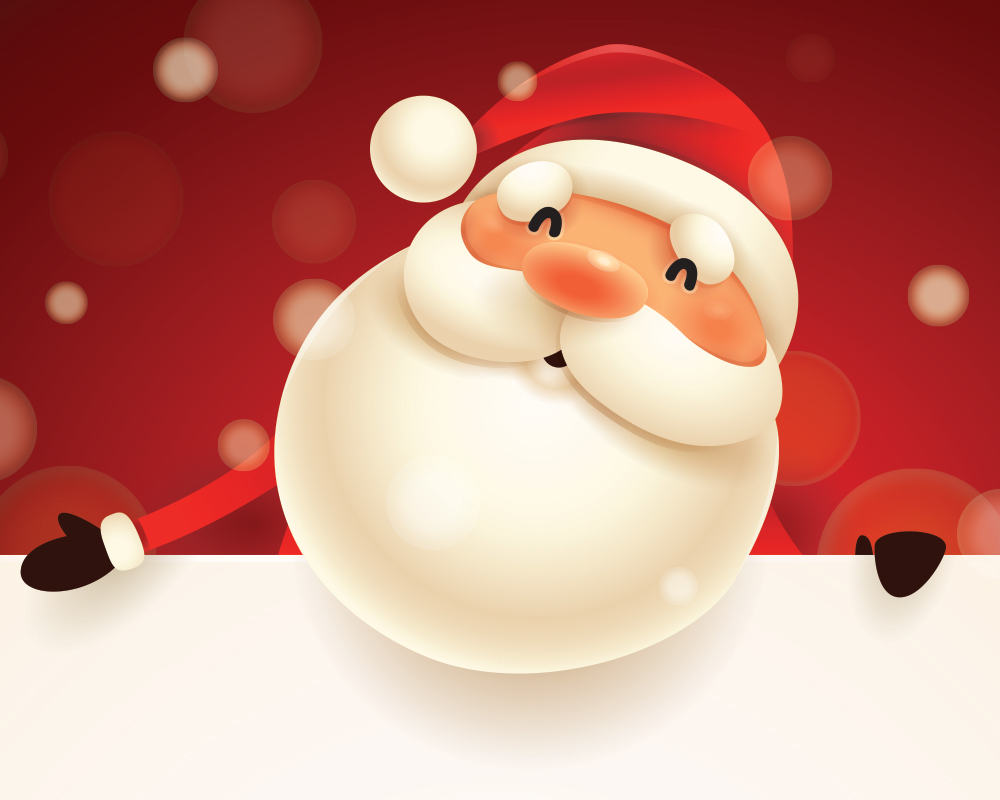 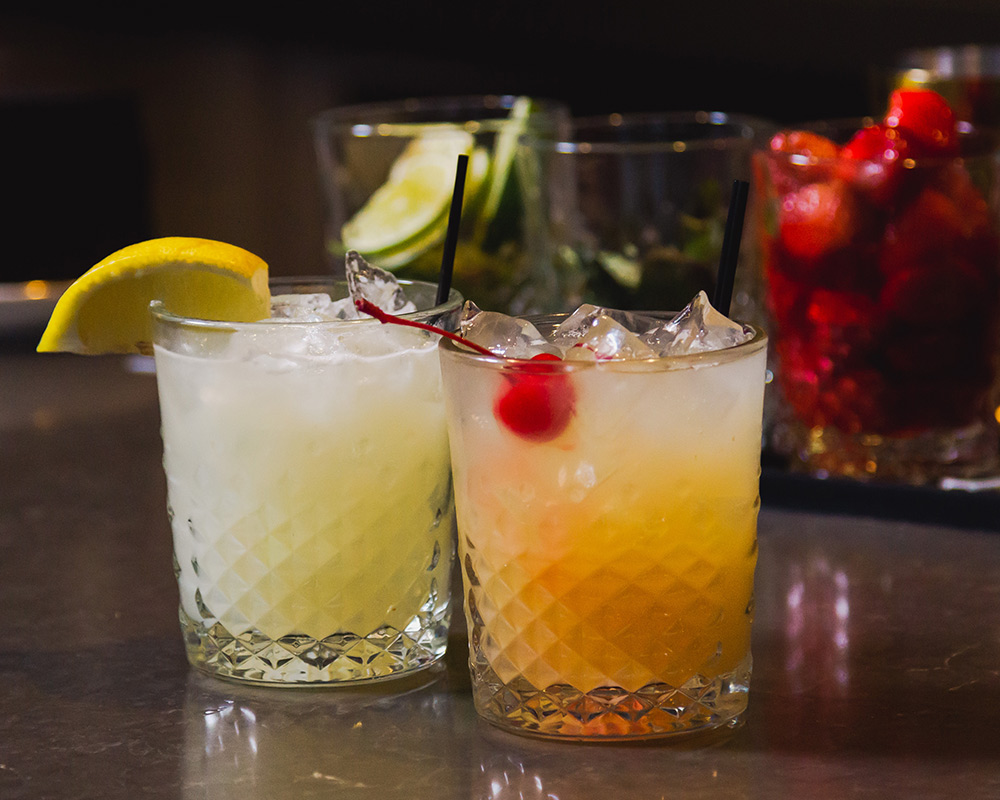 Alchemy Supper Club: A Fun Way to Dine in the Winter

The golfers are gone, but that doesn't mean there can't ...