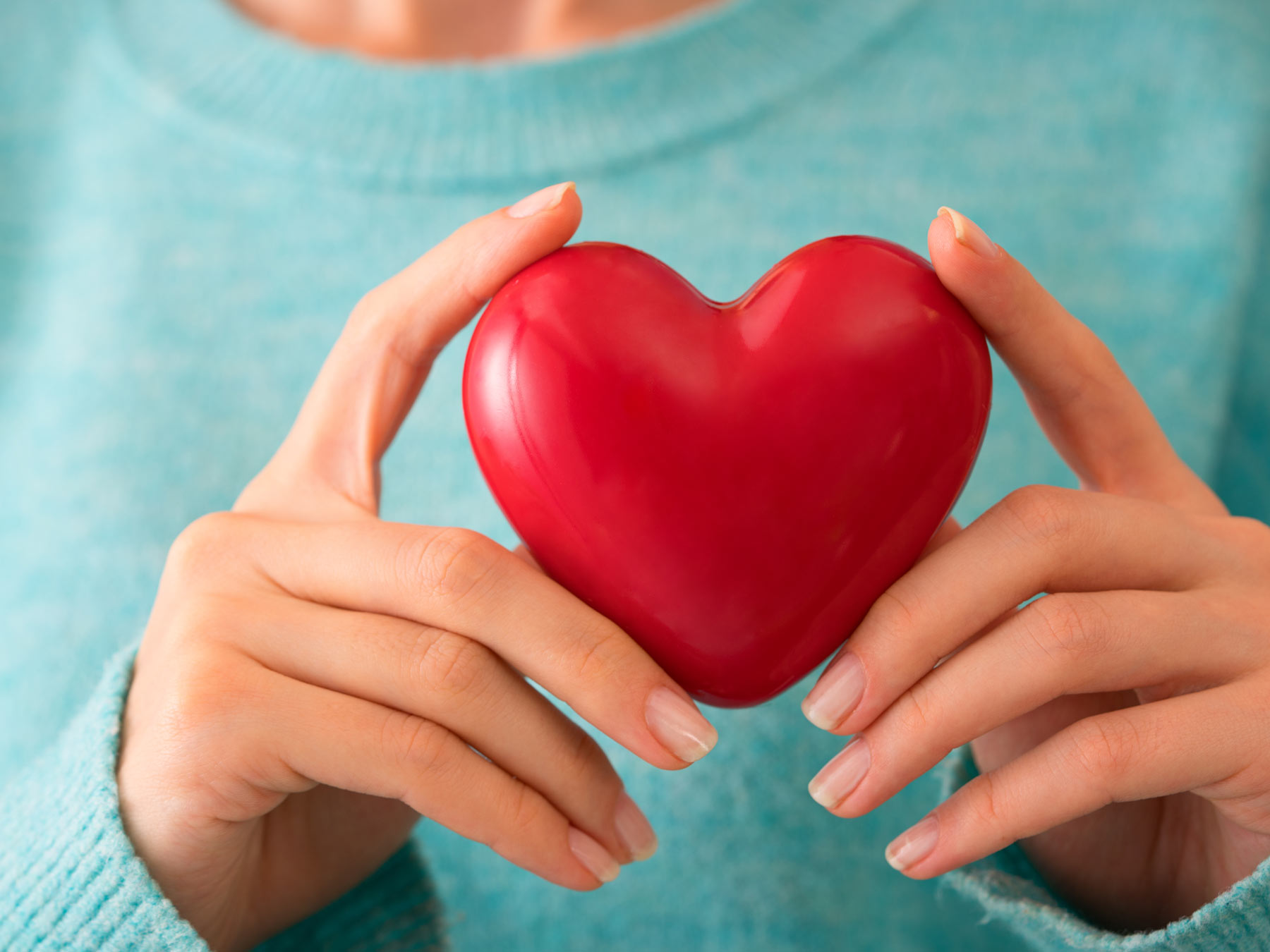 Medical innovations are taking the stress out of surgery, especially when it comes to cancer treatment, cardiac care and minimally invasive procedures in the suburbs.

When patients hear they need surgery, they often envision complicated procedures that include multiple nights spent in a hospital with a lengthy recovery period.

In certain circumstances, those types of surgeries are necessary. But surgeons are increasingly finding minimally invasive ways to effectively treat diseases, all while ensuring the safety of their patients.

Unfortunately, doctors often find that patients aren’t aware of some of the incredible advancements available to them.

“If you haven’t heard about an innovative technology, you probably won’t have that option,” Rosen says.

A common misnomer among breast cancer patients is that a mastectomy, which removes the entire breast, is a better option than a lumpectomy, which only removes the tumor and a margin of healthy tissue around it, says Rosen.

“Most women these days will understand that a lumpectomy is an option, but they don’t realize the survival rate between the two is the same,” Rosen says. “They’ll say, ‘I just want to live, and if my survival rate is better with a double mastectomy, go ahead.’ Sometimes the disease defines the need for a mastectomy, but far more often than not, a lumpectomy is an option.”

A traditional lumpectomy is followed by radiation therapy, which is typically given five times a week for four weeks, Rosen says. IORT condenses the radiation treatment from four weeks of multiple doses to a one-time dose that lasts no more than 30 minutes.

“In radiation therapy, we have to be mindful of other organs near the breast: skin, chest, lungs, heart,” Rosen says. “Typically, radiation is given in many small doses. IORT delivers the radiation precisely where you need it at the time of surgery so you can effectively deliver the entire dose in 30 minutes.”

“Unfortunately, it’s a secret because if a hospital doesn’t offer IORT, chances are the doctors who are seeing the patient won’t tell the patient there’s an alternative way of giving radiation,” Rosen adds. “It’s not offered at very many institutions.”

“If a mastectomy is necessary, we have a technique where we can restore the size and shape of a reconstructed breast so the nipple skin is kept, and we only remove the inside of the breast,” Rosen says. “That’s been around for over a decade, but the latest estimates are, of all mastectomies, only 10% to 15% are nipple-sparing mastectomies. It’s an underutilized technique.”

Re-sensation surgery also is available at the time of mastectomy. In January 2020, Rosen trained under Dr. Anne Peled in San Francisco, and he and his team became the first surgeons in the Chicago area to offer this technique.

“Over the past year, my plastic surgery colleagues and I have begun to offer that at Good Shepherd,” Rosen says. “I much prefer to do a lumpectomy than mastectomy, but if you want to get a mastectomy to lower your chance of second breast cancer, this can give a much better cosmetic appearance and also retain sensation.”

Rosen hopes doctors can continue to raise awareness about the options available to patients.
“Every woman who has breast cancer surgery should understand she is a candidate for oncoplastic surgery,” Rosen says. “Our goal is for a woman should to the same or better after surgery, and that should be our patients’ expectation.”

Two years ago, the State of Illinois stopped all elective surgeries due to the surge of COVID-19 patients entering hospitals.

In March 2020, Dr. Andrei Pop and his heart valve team were approaching their 1,000th patient treated by transcatheter aortic valve replacement, or TAVR, a way to replace one of the four heart valves through a catheter rather than open-heart surgery.

While aortic stenosis, a narrowing of the valve, is a serious medical condition with a high mortality rate, TAVR is considered an elective surgical remedy for the disease.

The pandemic shifted Pop’s focus to how he could continue to use TAVR in a safe manner. He and his valve team looked at case studies in medical literature about situations that would allow TAVR patients to go home the same day they had a valve replaced.

Pop and his team cautiously began utilizing the new same-day discharge protocol for TAVR patients who qualified, and the results were overwhelmingly positive. Since June 2020, nearly 100 patients have been treated in this fashion, Pop says.

“Small tweaks were made to streamline the process so we could cut down the time procedurally and post-op,” says Lynn Hickman, nurse practitioner and valve clinic coordinator. “COVID helped push that along.”

TAVR has been around since 2000, but it has evolved tremendously in the past decade, Pop says. Patients used to spend approximately three days in the hospital recovering from the procedure. Now, 50% of qualifying same-day discharge patients go home within 24 hours. At Ascension Alexian Brothers, it’s 90%.

Part of the shortened hospital stay is due to natural progression of the TAVR procedure, Pop says. When he started treating patients using TAVR, only the “sickest of the sick were eligible.”

Other surgical advancements have taken place within anesthetics. When Pop started TAVR procedures nearly a decade ago, patients were intubated with general anesthesia. Today, most are under monitored anesthesia care, or conscious sedation.

That’s good news, because the longer a patient stays immobile, the higher the risk of blood clots, loss of strength and other problems, he says.

Not everyone who is eligible for a TAVR procedure will fit the criteria for same-day discharge, Pop adds. Roughly 18 to 20% are eligible to leave the same day as surgery.

Hospitals and health systems across the U.S. and internationally are now reaching out to Pop to learn how to perform same-day discharge TAVR procedures. Results from his team’s work have been published in the Journal of the American College of Cardiology Cardiovascular Interventions.

“To some degree, as you always see in situations such as COVID and times of war and other things, necessity breeds innovation,” Pop says. “And things we had talked about and had been done in small ways in the past were done out of necessity during COVID. Doubtless, they have advanced the field. This is one such example. Small, incremental changes in various parts of the procedure make a big difference.

Robotic System Gets an Upgrade

While the hospital has had a da Vinci robotic surgical system for about 10 years, it now boasts the latest platform – the da Vinci Xi – which allows surgeons to perform the same complex, minimally invasive surgeries they’ve been handling, but with even better precision and efficiency.

“Not only is it great for our community, but it’s a great tool for the surgeons and staff to know it’s here in our system,” says Veronica Guerrero, a general and bariatric surgeon at Northwestern Medicine McHenry Hospital. “It’s the best technology we can have for these types of surgeries.”

During robotic procedures, surgeons like Guerrero – who has been robotic-trained since her residency seven years ago – view the surgical site from a nearby console and use controls to move the robotic instruments. This approach has many benefits for both the patient and the surgeon.

Not only does it allow surgeons to perform a complex operation without the large incisions of the past, but it also gives patients a higher likelihood of being discharged earlier, Guerrero says. The overall recovery period is often shorter as well.

“The precision is better, but also the magnified view is even better with the new robotic platform,” Guerrero says. “It gives a 3-D image of the surgical site, and it allows us full wrist motion as opposed to the past, which means it’s easier to learn, easier to do a surgery, and more precise, and it gives us more control. More-complex cases can be done in a more precise way.”

“Ultimately, there is less pain, less bleeding, and less likelihood to convert to an open procedure,” Guerrero adds, which doctors try to avoid because open procedures often increase pain, complications and recovery time.

Additionally, the upgrades to the da Vinci Xi system have broadened the scope and type of surgeries that Northwestern Medicine McHenry Hospital can offer.

Colon resection and hernia repair were common surgeries that doctors performed with the assistance of the older da Vinci system. Now, gynecology, urology and other general surgery procedures – like gallbladder surgery – can utilize the da Vinci Xi.

The advancements have helped decrease the time it takes to perform each procedure, which ultimately means surgeons can assist more patients, Guerrero says.

“This is great for the community because now it’s in our backyard instead of patients needing to go elsewhere or downtown,” Guerrero says.