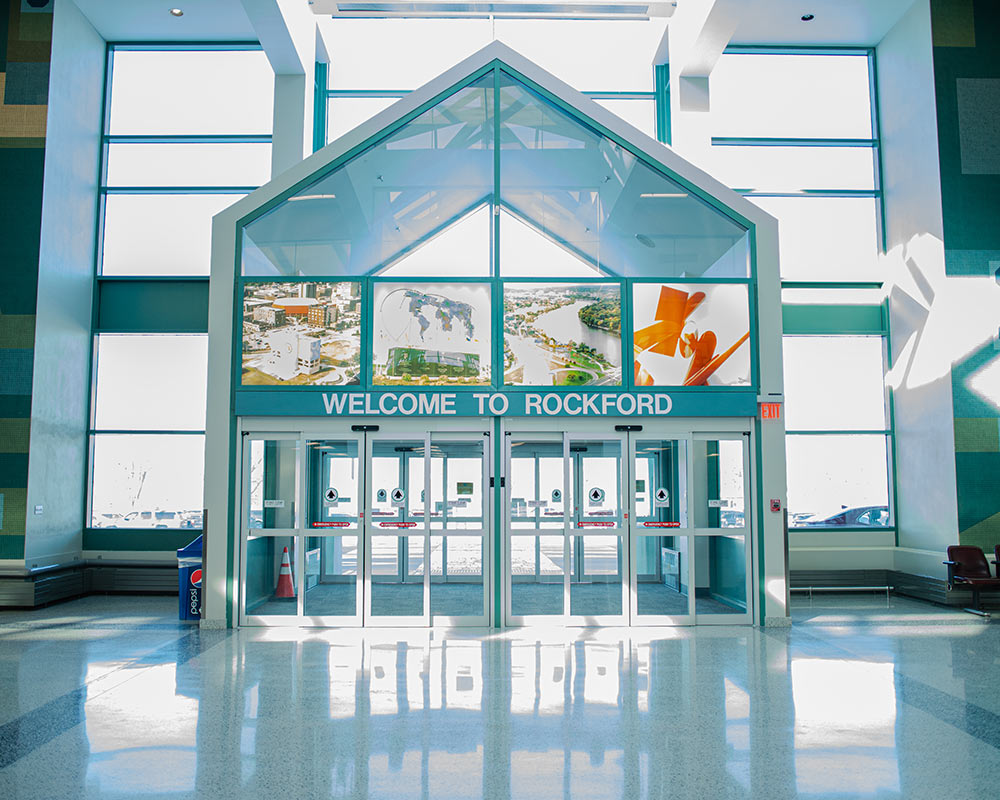 After three decades, Dr. Phil Lambruschi still loves improving patients’ lives, and he credits his training with setting him on the path to success.

Before Valley Plastic Surgery moved into its current location at 350 S. Eigth Street (Illinois Route 31) in West Dundee, the building housed a computer store that sold mainframes, not PCs.

As the building’s new tenants, Dr. Phil Lambruschi and his partner at the time, Dr. Jay Rosenberg, didn’t make the same mistake of refusing to diversify. In 1994, they converted the space into a full-service surgical center, complete with offices, consultation rooms and two operating rooms. The pair then set to work, improving patients’ lives with a wide range of cosmetic, contouring and rejuvenation services. Nearly 30 years later, the building contains two major operating rooms for procedures using general anesthesia such as facelifts, rhinoplasty, contouring, laser resurfacing, liposuction and tummy tucks.

Since Rosenberg’s retirement in 2019, Lambruschi has been the clinic’s sole surgeon at a time when more people are seeking cosmetic procedures.

“I think the reason for the rise is that people are seeing themselves online,” he says. “They’re looking at themselves up close and thinking, ‘Gee, I could do my eyes or my nose.’ Also, if you’re working from home, you can have major surgery done and work through your recovery.”

Lambruschi credits his training for his ability to stay ahead of the curve. A graduate of Northwestern University who received his medical degree at the Chicago Medical School, Lambruschi was initially interested in pediatrics, but he found himself being drawn toward plastic surgery, making his way into the plastic surgery rooms while on his surgical rounds.

“There is still a significant amount of pediatrics involved in plastic surgery,” he says. “There is a lot of craniofacial work and cleft palates, which is very rewarding.”

The sheer variety of procedures offered in the plastic surgery field could seem intimidating to the uninitiated, but Lambruschi, who completed his general and plastic surgery residencies at the University of Virginia Hospital, was exposed to a myriad of procedures and situations that he says gave him the grounding needed to stay calm and flexible.

“In residency training, the things you see that are strange or outlandish help you deal with common issues further down the road,” he says.

This experience has equipped Lambruschi and his team to create and maintain a safe and welcoming environment for their practice, which offers the full spectrum of cosmetic and plastic surgery services. Their work ranges from minor procedures like Botox and filler injections to major surgeries like facelifts, breast reductions or augmentation, liposuction and body contouring.

For people who are considering having work done, Lambruschi advises making time to consult with more than one prospective physician.

“I always recommend people start by getting some opinions,” he says. “Most plastic surgeons don’t charge for consultations.”

Valley Plastic Surgery is no exception, offering a free consultation for anyone who walks in. Lambruschi keeps his schedule limited to one major surgical patient per morning, ensuring that everyone who walks through the door receives the time and care they need to connect, establish a plan and make the decisions that are right for their specific needs.

Another consideration that is important for potential clients is the procedure itself. Lambruschi points out that some minor procedures, like Botox and fillers, won’t create a long-lasting change. Botox, for example, is usually only effective for about four months before another injection is required.

“I see a lot of clients who think that Botox or fillers are a ‘facelift in a syringe,’ and those aren’t,” he says. “In some cases, a full facelift is the better option. The type of skin you have needs to be paired with the most effective procedure, as well as what is most cost-effective.”

Finance is also an important piece of the puzzle. Valley Plastic Surgery offers a variety of financing options for patients, based on their needs. Potential clients can sign on with M-Lend Financial if they are uninsured or seeking a procedure not covered by insurance. Lambruschi is also contracted with several major insurance carriers and works closely with nearby Advocate Sherman Hospital, in Elgin, where he performs procedures that are covered by standard medical insurance.

Since getting into the field in 1983, Lambruschi has seen a lot of changes, both in plastic surgery and the medical industry in general.

“I’m old enough to have seen full cycles of trends,” he says. “There are things that we were doing 30 years ago that went out of favor, and now they’re back in favor.”

Lately, he has seen an increase in specialization among his fellow surgeons.

“There are many folks who have gone into super subspecialties, nowadays,” says Lambruschi. “Those are the surgeons who usually end up doing the more complex work that is handled in major medical centers.”

“Cleft palate surgery, as an example, involves pediatrics; ear, nose and throat; neurosurgery; plastic surgery and orthopedics,” he says. “That’s a whole medical team that works together and teaches each other. It’s a wonderful thing, but it needs to be done at a surgical hospital.”

Technology has played a significant role in changing the face of plastic surgery. Lambruschi has embraced lasers as a major tool.

“We do a lot of resurfacing with lasers, which used to be done by dermabrasion (sanding of the skin) or chemical peels,” he says. “I much prefer the control that I have using lasers. I can control the strength, the depth and a number of different parameters.”

Along with advances in technology, Lambruschi says he’s also seeing an increase in safety within his field.

“Technology has created some wonderful changes, safety-wise,” he says. “In anesthesiology, for example, cases in medical malpractice have gone way down, thanks to technology. Anesthesiologists can monitor blood pressure, oxygenation and CO2 levels remotely and are able to quickly respond to situations. It’s a big plus for all of medicine.”

After 40 years in the plastic surgery field, Lambruschi still loves coming into the office every day and performing surgeries, for new clients and returning clients as well.

“Surprisingly, a lot of my patients come back,” he laughs. “I might do some work on a child’s injury, then they’ll come in for an augmentation, then come in for a facelift or eyelid work as the years go on.”

Lambruschi also enjoys the interaction he gets to have with his patients.

“I feel sorry for the doctors who have to see four patients an hour and everything is done by computer,” he says. “I like that I get to sit with my patients and have a face-to-face conversation.”

Whatever the procedure, Lambruschi enjoys using his expertise and creativity to improve his patients’ lives.

“You get to see your work, which is rare in medicine,” he says. “In something like heart surgery, all the work is buttoned up and inside the body, so you can’t see it. Plastic surgery is a wonderful and rewarding field to be in. I enjoy seeing the work that I do.”