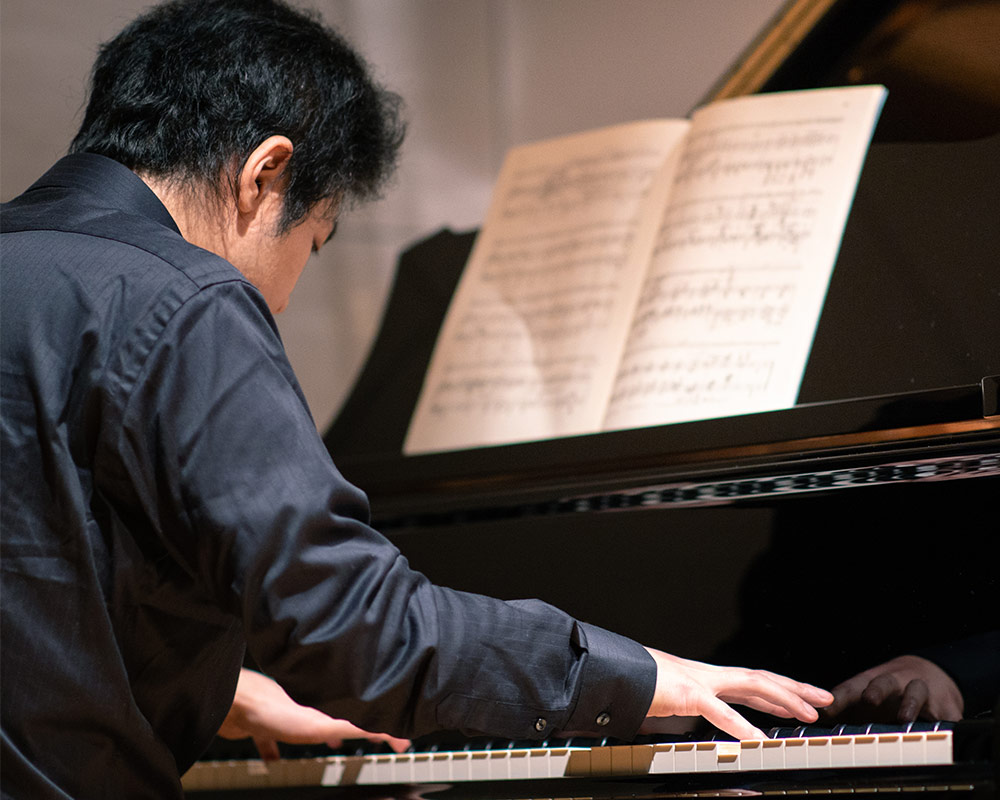 Get ready for a busy new lineup of live entertainment. For this Crystal Lake venue, a new outdoor environment is setting the mood for things to come.

Good things come in small packages, and that’s certainly been the case for the latest series at Raue Center for the Arts, in Crystal Lake. The venue’s new Arts on the Green series is gaining notice for the way it combines an intimate, outdoor setting with top-notch talent.

Continuing through Sept. 11, the series brings just 160 people to the lawn of St. Mary’s Episcopal Church, in Crystal Lake. Though the lawn seating is spread out, no spot is all that far from the performers – and the lineup includes top regional talent, Grammy Award winners and live thespians.

Arts on the Green launched July 24 with vocalist Lynne Jordan, whose work blends blues, jazz, funk and rock. Following her were bluesman Derrick Procell, a Tom Petty tribute band, and Grammy winners Corky Siegel and Ernie Watts, who together played to a sell-out crowd in early August. Acoustic jazz artist Philip Hamilton followed that with a one-of-a-kind show, a last-minute addition to the lineup.

“Phil listened to an interview with Corky Siegel and Ernie Watts on WGN, and they talked and played some music,” Kuranda says. “Phil reached out to us, and we had a date. He’s driving cross-country with his trio to play, and that’s so cool.”

The series closes out Sept. 4 and 11 with “Late Summer Night’s Shakespeare,” two nights of poetry, drama, humor and history as cast members from Raue Center’s Williams Street Repertory bring the Bard’s work to life. The show is appropriate for audiences of all ages.

All Arts on the Green performances begin at 7 p.m., just as the sunset begins to glow through the tree-lined neighborhood around St. Mary’s church, 210 McHenry Ave. The sound system is powerful yet limited, so it doesn’t blast through the neighborhood. Occasionally, though, people in nearby homes will listen from their front porches.

Patrons are encouraged to bring their own picnic to enhance the experience. And, because performances are set on church grounds, patrons are asked to dress respectfully for the setting. Men are asked to wear a collared shirt, and swimsuits and baseball caps are not allowed.

“It’s so wonderful to see 5- and 10-year-olds sitting and having a picnic meal, the parents are having a glass of wine and everyone is being respectful,” says Kuranda. “It’s a totally different experience.”

Perhaps what’s most surprising to Kuranda, though, is the overwhelming enthusiasm of the artists. Though they’re accustomed to playing big crowds at jam-packed auditoriums, this scaled-down atmosphere presents something unique.

“This is something that’s altruistic to the artist experience, and I think after talking to these artists, they’re so sick and tired of the commercialization of art; they’re sick and tired of the strains and stresses everyone has had to go through during this pandemic,” says Kuranda. “They want to come together as a community and celebrate their art form. They want to build a rapport with the audience.”

It’s easily accomplished with Arts on the Green, where there’s a modest stage, modest lighting and a limited sound system. The audience, too, is limited, with just 160 tickets available. Families are spread across less than an acre.

“Most of the performers have embraced this idea that they have to change and focus on a unique show,” Kuranda adds. “The amplification is limited. It’s really engineered in a way that’s not appropriate for a four-piece band. You really have to think about your setlist and how you’re playing. But that doesn’t mean it’s not sophisticated. Corky and Ernie have blown away huge stadiums, but I think it’s posed a creative challenge that makes some go, ‘Wow, this is cool.’”

Raue Center’s 750-seat theater, located at 26 N. Williams St. in downtown Crystal Lake, has kept the entertainment coming throughout the COVID pandemic. Whether hosting comedy specials or tribute bands, the venue is constantly adapting to the times. Arts on the Green began with St. Mary’s inviting Raue to connect the community with quality entertainment. Things fell into place quickly.

“This is kismet. Everything lined up, and when St. Mary’s church invited us to a dialogue, we were genuinely taken aback,” says Kuranda. “We were nervous because we didn’t know what the expectation was, but St. Mary’s rector, the Rev. Frances Holliday, hit it on the head. She said, ‘After this past year there are so many in the community who have not come out or are afraid to come out.’”

Yet come they have, and Kuranda expects Arts on the Green will return next year. In fact, he’s already fielded calls from eight national and international performers who want to visit.

For now, though, the entertainment resumes indoors this fall as Raue Center prepares to welcome audiences back into a safe and comfortable auditorium. Several improvements indoors have been made to improve airflow, handwashing, distancing and touchless box office ticketing. Exact capacities still depend upon government mandates.

“We love our fellow neighbors and we cherish our community, and it’s in that sense of community that we are being very sensitive to the health concerns of others, specifically because we’ve lost 13 people who were associated with the Raue – artists, volunteers, parents of students – who have died from COVID-19,” says Kuranda. “So, we have been disproportionately affected by this horrible pandemic, and because of that we take every precaution possible to provide a safe environment.”

Kuranda expects to release a full entertainment lineup in late September, but so far there are at least a few things audiences can expect. Live audiences return for a tribute to ABBA on Oct. 29 and a tribute to the Bee Gees Nov. 6. Amy Grant visits the Raue Nov. 7, about a week before comedian Colin Mochrie, of “Whose Line,” fame appears with master hypnotist Asad Mecci on Nov. 13. Contestants from “MasterChef” and “MasterChef Jr.” appear Nov. 20 with a high-energy show and plenty of messy fun.

Lynne Jordan, who kicked off Arts on the Green in July, will become a familiar face at the Raue as she assumes the title of “Diva in Residence.”

“She’s one of the most prolific vocalists that we have in our region, and she is going to be presenting five nights scattered throughout the year that are high-energy, full-on dance parties,” says Kuranda. “She’ll explore the works of some incredible artists like Nina Simone, Joan Armatrading and Ella Fitzgerald. In her first concert with us, she literally had everyone out of their seats dancing with us for a good hour or more, and it was such a blast.”

Expect to see an appearance by Elgin Symphony Orchestra this holiday season, followed by a special performance of “The Nutcracker” with Raue’s Sage on Stage students and Engage Dance Academy.

The cast members of Williams Street Rep are preparing to re-launch late this winter or in early spring with “Always…Patsy Cline,” a dramatic look at the unlikely friendship between country music star Patsy Cline and a dedicated fan. Additional shows will follow.

There’s more to come, including the resumption and expansion of Raue’s Sage Studio for children. This fall, the program expands to a full-on arts school with lessons and classes aimed at children and adults. Look for special events commemorating Raue’s 20th anniversary and a wide lineup of entertainment all season long. But it all begins with a little fun outdoors, at Arts on the Green.

“We’re emerging, we’re trying to be sensible and safe,” says Kuranda. “We’re the catalyst when people come together and share an emotional moment. You’re sharing two hours of your life with 700 other people, and we want to make sure it’s perfectly safe to do that.”