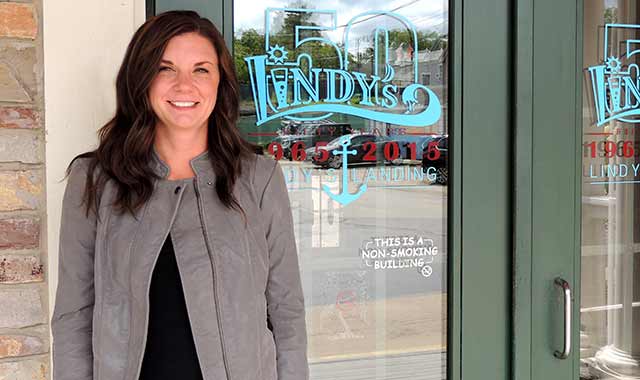 Trying new things can be scary, but ESO has proven that new traditions can also be successful, as it embarks on a new schedule and venue for symphonic music.

Since its inception in 1950, the Elgin Symphony Orchestra (ESO) has enlightened and delighted patrons with conceptually brilliant classical and pops programs from September to May. But in March 2020, that tradition came to an unexpected halt because of the COVID-19 pandemic.

With a whole year of programming abruptly canceled and subsequent plans eventually scuttled, ESO searched for a way to keep the music playing while ensuring musicians, patrons and staff were safe and engaged.

In the process, a groundbreaking series was born. The new Fridays on the Farm lineup invites patrons to enjoy a scaled-down concert in a fresh-air venue that promises to become part of a new tradition.

Rather than set the orchestra on a stage in a large auditorium, Fridays on the Farm puts the orchestra centerstage at a tentlike facility located at Goebbert’s Pumpkin Patch in Pingree Grove.

“We stumbled across The Venue at Goebbert’s by accident,” says ESO Executive Director Eric Malmquist. “We felt we had hit upon a possible solution. The Venue had just built a new facility, and, oddly enough, I had attended high school with one of the younger Goebberts.”

Malmquist says an agreement was quickly reached. The facility, complete with glass walls, stage, seating and roof, is equipped with acrylic panels intended to protect the orchestra.

ESO’s first performance at The Venue launched last fall with a limited orchestra, a limited audience and a digital streaming option. The very next day, the orchestra played the same lineup for a limited crowd at an intimate venue in downtown Elgin. Since then, ESO has experimented with other small-scale shows.

This May’s debut performance of Fridays on the Farm was a big success, says Malmquist. It featured a Tango/classical blend by Astor Piazzolla played by guest violinist Karen Gomyo and closed with Tchaikovsky’s “Serenade for Strings, op. 48.”

The second installment of this three-part series returns on Friday, July 2, with “American Masters” at 2 p.m. and 7 p.m.

Then, on Friday, Aug. 6, ESO presents “From Darkness to Light” at 2 p.m. and 7 p.m. ESO maestro Andrew Grams conducts his final ESO performance with an uplifting show that symbolizes the nation’s transition from the darkness of the COVID-19 pandemic to normal times.

“Maestro Grams is quite a cerebral guy, and this conceptual performance is aimed at celebrating the end of the pandemic and the return of light, life and joy,” Malmquist adds. “The program features Ludwig van Beethoven’s Fifth Symphony and Schumann’s Second Symphony, both of which begin on a minor key and transition to a glorious major one.”

Both of these symphonies take listeners on a journey from impenetrable darkness to blazing light. And with them, Grams brings his tenure as ESO music director to a fitting close.

“It is wonderful to have the orchestra back on stage despite the lingering effects of COVID,” Malmquist says. “And in the meantime, we are interviewing conductors. Starting with the upcoming winter season in October, we will be featuring seven candidates who will conduct guest performances. Andrew has agreed to return for a farewell symphony as well. Patrons will be able to preview all of the candidates by the end of the 2021-2022 winter series.”

Grams’ replacement will officially take up the baton with the 2022-2023 season.

Looking toward the fall, ESO is planning a full, traditional season that starts on Oct. 2 and 3 with an impressive lineup of regional and international talent including performances by what Malmquist calls “a crop of strong, talented women.”

“In addition to classical programs, our pops concerts offer diverse and intriguing themes including ‘The Rocky Horror Picture Show,’ The Beetles’ ‘Sgt. Pepper’s Lonely Hearts Club Band,’ and a group of mariachis who will perform with the symphony orchestra,” Malmquist says.