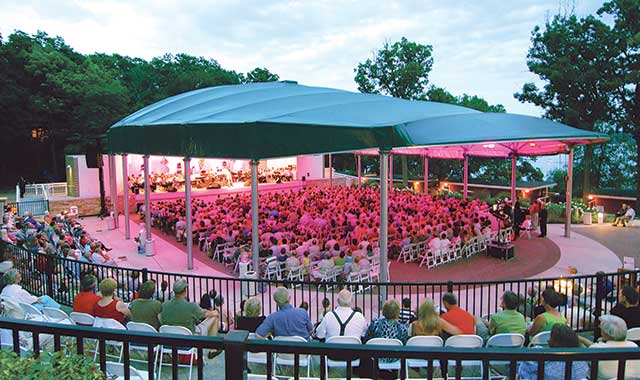 Hear the Sweet Sounds of Summer

Beloit International Film Festival has become one of most anticipated events in our region. Learn everything you need to know about this year’s 10-day event.

When the Beloit International Film Festival (BIFF) began in 2005, hopeful filmmakers sent in their VHS tapes for consideration.

A lot has changed since then.

Now in its 13th year, BIFF prompts some of the best independent filmmakers to showcase their talent. Their results are better quality films than ever before, says Max Maiken, BIFF’s new executive director.

“That’s especially true for Wisconsin and Illinois filmmakers,” Maiken says. “It’s really cool to see films of the same quality here as films from Hollywood that you’d see on a big screen.”

The 10-day festival commences Feb. 23 and runs through March 4. Nearly 1,000 submissions have been whittled down to the top 100 narrative features, documentaries and short films. From experience, Beloit’s local shops and restaurants are prepared to welcome the hundreds of visitors who attend the festival.

Rod Beaudoin, BIFF’s first executive director, trained Maiken to assume the leadership role before departing for Hollywood last year. A Beloit native, Maiken started working at BIFF after graduating from Beloit College with a degree in economics. He and a friend would occasionally freelance film projects on the side – mostly for weddings and corporate events.

“I worked for both BIFF and the Beloit Janesville Symphony Orchestra after graduating,” Maiken says. “I didn’t study film, but I have some production background and my music background has given me an artistic sense. I kind of fell into BIFF and loved it and kept going with it.”

In 2010, Maiken started the “Help Yourself Films” program at BIFF to educate middle school and high school students about filmmaking. The program faded when Maiken left BIFF for a couple of years, but it’s making a comeback now that Maiken’s returned.

“My goal is to emphasize educational projects and programs because I believe that’s one of the best ways for the film festival to stay relevant,” Maiken says. “It also cultivates future filmmakers. There are so many stories about Beloit that are untold, unheard, and I think one of the best ways to dig those up is through the voices of Beloit youth. Help Yourself gets cameras in the hands of kids. We’ll have a project screened at BIFF, and then I just hope to keep it growing.”

Along with growing educational programs, Maiken hopes to create more energy around the festival by bringing more filmmakers to Beloit for Q&A sessions. He also hopes to literally jazz up Beloit’s nightlife during the festival days.

“Keep following BIFF for more details on that,” Maiken hints.

But otherwise, BIFF will retain its format that has proven successful. Films are categorized into narrative features, documentaries and shorts, with a blend of local, national and international films shown. The first weekend of the festival is dedicated to showcasing the work of Illinois and Wisconsin filmmakers. Special events include big-screen showings of a classic film, sing-along film and silent film.

“The format is really solid,” Maiken says. “Hundreds of volunteers come out to help us produce this event. I think that’s just due to the bootstrapping nature of Beloit people. They see something good for the community, and they say ‘Let’s do this together and be a part of something bigger.’ BIFF is just a perfect example of people coming together, and we couldn’t do it without our volunteers and sponsors.”

Maiken and Greg Gerard, the director of BIFF programming, think a handful of films stand out from the rest.

For starters, “Land Grab” is a choice documentary about reclaiming blighted areas in Detroit.

“It’s a really nice look at something great that’s happening in Detroit, and it also has a parallel to Beloit because we’ve got our own people infusing resources and funding to improve the infrastructure here,” Gerard says. “It went over great at BIFF Year ‘Round.”

BIFF Year ‘Round is a way for avid filmgoers to stay involved with the festival, Gerard explains. For 37 weeks, on Wednesday evenings, BIFF previews potential films for the upcoming festival or shows encore presentations from the previous year. BIFF Year ‘Round is open to the public, but members of the BIFF Film Society get free entrance.

Another one of Gerard’s favorites is “Train Drivers Diary,” a Croatian film that’s anticipated to be one of the best foreign films and narrative features at the festival.

Maiken picks “Zero Weeks” as another top documentary. The film is part of the BIFF Cares Series put on by Beloit Health System. The series showcases educational films that deal with significant issues.

“‘Zero Weeks’ details the importance of maternity leave and the stresses on society without it,” Maiken says.

“Wasati” is a short film to keep on your radar, Maiken adds.

“It’s reflective of Saudi Arabian culture,” Gerard adds. “In the end, there’s a charm about it and it’s educational.”

This year, BIFF has received a large number of submissions that deal with hot-button topics, such as refugee crises and sex trafficking. The most impressive and impactful films will be shown in the festival, but “lighter” movies will also help to keep BIFF versatile.

“Not that anything was wrong with last year’s lineup, but we’re trying to not have so much heaviness across the program schedule this year,” Gerard says. “We’ve got a lot of great content across the board.”

It’s widely known that Beloit has experienced a renaissance in recent years. BIFF is a piece of that puzzle, Gerard says.

“To bring in businesses, to move your family here, Beloit needs arts programs that make the city an interesting place to be. You want things going on with cultural and educational values, and that’s what BIFF provides,” he says.

The fact that all of BIFF’s venues are in walking distance from one another adds to the convenience and fun of the festival, Gerard adds.

Maiken expects attendance to increase at this year’s festival and recommends purchasing tickets in advance at beloitfilmfest.org. The box office opens on Feb. 9, and Bifficates (BIFF gift certificates) are on sale now.

“The lines might be a little longer at the venues this year, so make sure to get tickets early,” he says.