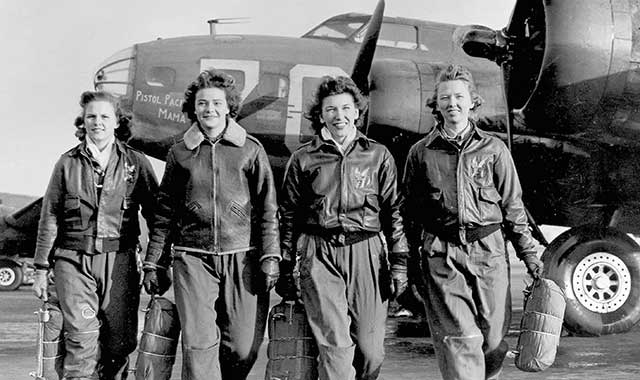 For half a century, volunteers dedicated to quality community theater have helped to make this McHenry County staple a vaunted local tradition.

As McHenry County’s oldest community theater troupe celebrates its golden anniversary season, the TownSquare Players (TSP) are planning a new season of surprises for the cozy stage inside the Woodstock Opera House.

“We all have a common goal to produce excellent theater and to bridge the gap of generations,” says Susan Falbo, TSP president. “We want to engage youth, adults and seniors regardless of race, religion and gender. We try to unite the community by producing excellent theater and providing cultural awareness which is relevant in our time.”

TSP was established in 1968 and became a nonprofit organization in 1973. It’s largely supported by volunteer efforts and casts mostly local actors, although Falbo does see occasional talent come from elsewhere around the region.

“We had one Chicago actor come out recently because he really wanted to be the donkey in ‘Shrek,’” she says. “We don’t precast anyone, and auditions are open to all. Anyone can come out and do this.”

Each audition is unique; those who try out come from many backgrounds and bring a wide range of skill sets. Falbo estimates that somewhere between 50 and 100 people are involved in bringing a production to life. That includes stage talent and the backstage help.

“All of our actors are volunteers,” Falbo says. “We give small stipends to directors and musicians for their help with the technical and production side.”

Performing on the same stage where the likes of Orson Welles and Paul Newman once trod, TSP casts make the most of their home in the intimate, 400-seat auditorium located on Woodstock’s Historic Square.

“The Woodstock Opera House is a gem in itself,” Falbo says. “We thought it was important to perform shows here because it’s a wonderful, historical building and it’s a privilege to do our shows here. It also has a lot of rich cultural history.”

TSP has enjoyed a rich history, too, as it’s brought out classic hits like “The Sound of Music” and “Cat on a Hot Tin Roof,” as well as more modern hits including “The Wedding Singer.”

Kicking off its 50th anniversary, TSP celebrated this past September with “This is Our Story,” a gala and concert that featured works staged over the past 50 years. Some proceeds from the event helped to purchase a keyboard and sound equipment for TSP. The remaining funds were donated to Turning Point, a domestic violence agency in Woodstock.

In November, TSP opened “Shrek the Musical,” a former Broadway show that brings the hit animated film to life onstage.

The team is currently preparing for its next musical, scheduled to open March . “The Little Mermaid” brings to life the underwater world of the classic 1989 Disney film – which, of course, was inspired by the Hans Christian Andersen tale.

While it’s done much to bring popular new musicals to Woodstock, that’s not TSP’s only focus.

Each year, the group produces at least one non-musical production. This June, TSP presents “Vanya & Sonia & Masha & Spike,” a show in which middle-aged siblings, eager to break out of their routine, face reality when their sister threatens to sell the house. Last year, the crew staged Neil Simon’s classic “Rumors,” about a dinner party run amok.

Falbo believes the combination of serious stage plays and lighthearted musicals helps to bridge the gap between generations and keep audiences coming to the theater.

“It really is the perfect art, in that it brings together visuals, music and dance, and it really connects with the human spirit,” Falbo says. “It draws together so many aspects of culture, and I think that’s why it’s so rich in our tradition and why it’s survived for so many years.”

Offstage, TSP is doing its part to raise the next generation of actors and theater patrons. TSP’s Razzle Dazzle is a weeklong summer workshop that gives middle and high school students a chance to learn about life onstage. Some of the Chicago area’s most beloved theatrical artists, including George Keating, Ericka Mac and Tom Vendafreddo, teach these young students about elements such as acting, set design, costumes and backstage help.

“Our project mentorship educates kids on the other elements that go into a production,” Falbo says. “They learn about stage managing, lighting and props. We’re really trying to educate students on the importance of not just being on stage, but in working behind the scenes.”

At the end of the week, students put on a special production to show off what they learned, Falbo says.

Because the community theater relies entirely on its volunteers, each participant plays a critical role at TSP. No job – onstage or offstage – goes unnoticed.

“Sometimes, we have challenges filling all of the positions and getting people to help build sets and provide other work,” Falbo says. “We’ve gone though many challenges, but we have a wonderful, active membership base. We’ve been very fortunate throughout our history to have so many people get involved. We’re very fortunate.”

Financial backing presents its challenges, too, but TSP has found plenty of support from fans willing to pay for seats and to provide donations.

“To put on a production, we need paint, we buy costumes and we pay out small stipends,” says Falbo. “We also have to give back to the Opera House. We are one of their resident companies, but we also have to pay expenses such as rent for rehearsal and storage space.”

Falbo marvels at the dedicated supporters who continue to make TownSquare Players a local success.

“We have extremely talented people in our community – not just on the stage, but behind the scenes,” Falbo says. “We have a very committed working board that uses its time and energy to help make our productions successful. We’re also fortunate to have a community that comes out and supports us as well. It’s a combination of the perfect storm.”

Falbo says it takes a village for TSP to remain successful for 50 years, and she hopes to see it continue its success for many years to come.

“We’re honored that we can serve our community, and we hope we’re giving back what the community wants,” she says. “We thank everyone for supporting us through the 50 years we’ve been in Woodstock and McHenry County.”

The Little Mermaid
March 2-18, Fri.-Sun.
Stage musical based on the 1989 Disney film inspired by the Hans Christian Andersen tale.

Vanya & Sonia & Masha & Spike
June 15-24, Fri.-Sun.
Middle-aged siblings eager to break out of their routine face reality when their sister threatens to sell the house.