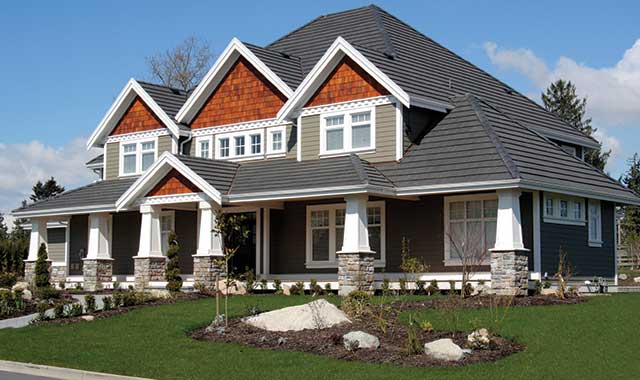 From saving the Woodstock Opera House to providing students with scholarships, the Woodstock Fine Arts Association has positively impacted its community over the past half-century. Learn what this organization has to offer year round.

For more than 55 years, the Woodstock Fine Arts Association (WFAA) has left its mark on the community.

This nonprofit, volunteer-based organization has been devoted to promoting the arts in McHenry County and preserving the Woodstock Opera House.

“Our programs have something to be learned or something to smile about,” says Marsha Portnoy, co-chair of the Creative Living Series, a key WFAA program. “This is the contribution we make to the cultural life in our area.”

Following the main lecture, a question-and-answer period allows audience members to come face-to-face with the speaker. The series has become quite a regional attraction.

“A lot of people attend the shows, and it’s not just people from Woodstock,” Portnoy says. “We have people coming from other places, including Lake Geneva and Rockford.”

“People who work from home can come out for a few hours and experience it,” Portnoy says. “It attracts an older audience and retired people looking for things to do. We are also getting more men in the audience, which is a good thing to see.”

“If you stand on the stairs when the auditorium is filing out, it’s great to see people smiling or talking about the show,” Portnoy says. “Usually, we get positive vibes from our shows, and we like generating that and keeping it going. That’s good to see, because you don’t want an audience full of grumpy people.”

The history of WFAA and its Creative Living Series remains closely tied to the fate of the Woodstock Opera House.

Built in 1890, the opera house was designed and constructed by Elgin-based architect Smith Hoag for $25,000. It was built to house city government offices and an auditorium for community performances. Over the years, many well-known actors have performed on its stage. In 1934, Orson Welles, then a young student at Woodstock’s Todd School for Boys, starred in Shakespearean plays. During the 1940s and ‘50s, actors Geraldine Page, Shelley Berman, Tom Bosley, Betsy Palmer and Paul Newman also appeared in theater productions.

By the 1960s, however, the Woodstock Opera House was in disrepair and the physical health of the facility had begun to fail. Holes in the roof allowed pigeons in the building. Firemen were on standby whenever a performance was held.
“Live theater was eclipsed by television and movies, and the opera house was actually slated for demolition,” Portnoy says. “The City of Woodstock was going to tear it down and build a parking lot.”

Concerned the energy to save the opera house was dwindling, local advocates formed the Woodstock Fine Arts Association in 1961 to provide year-round programming and organizational support to the opera house.

“A group of citizens, mostly housewives with a determined attitude, got together and they saved the building,” Portnoy says. “They began raising money to get the opera house placed on the National Register of Historic Places. They also did some programming to get people to come there. At the time, people from Chicago came out to perform on the stage, and it developed into a lecture series that became Creative Living.”

The Opera House, with its stained glass windows, tin ceilings and original woodwork, became a city landmark in 1972, and the Woodstock Opera House Community Center Inc. was created to raise funds for a renovation project. In 1975, when the Opera House closed for renovations, the Creative Living Series continued at a nearby movie theater and church.

Renovations continued over the next three decades. In 2003, a new annex, built on an adjacent lot, added to the opera house a freight elevator, additional backstage areas and offices. Today, the 400-seat venue is still owned and maintained by the City of Woodstock.

While WFAA remains dedicated to the well-being of the opera house, it’s also playing an important role in supporting the arts around McHenry County.

Every year, WFAA awards the Helen Wright Fine Arts Scholarship to high school seniors in McHenry County for their accomplishments in the visual, literary and performing arts.

The scholarship program has been in existence for more than 20 years, and during that time the WFAA has given out more than $100,000 in scholarships.

Student scholarship winners are invited to perform and showcase their talent on the Woodstock Opera House stage each spring.

“We enjoy providing these scholarships,” Portnoy says. “There are a lot of scholarships out there, but there are not very many for arts students.”

“Usually, we have a fairly full audience for the children’s programs,” Portnoy says. “We do one a year, in the fall.”

In mid-October this year, the group brought in Novel Ideas Improvisation Troupe, which uses improvisational acting to educate, excite and inspire creative writing. Students can watch their own writing come to life on stage with comedy, drama, audience participation and theatrical elements.

The Woodstock Fine Arts Association also hosts an annual spring luncheon, held primarily to fund scholarships, although some of the proceeds support continuing care of the opera house. The first luncheon was held in 1979 with the intention of funding new furniture for the opera house. At some point, it became one of WFAA’s signature fundraisers.

“Next year, it will be at Boulder Ridge Country Club in Lake in the Hills,” Portnoy says. “We serve lunch and we have a speaker, kind of like Creative Living, but with a lunch.”

In the more than five decades since WFAA was created to save Woodstock’s remarkable arts venue, the group has left an indelible creative imprint on the region.

“There is definitely a lot of support in the community for our efforts,” Portnoy says.