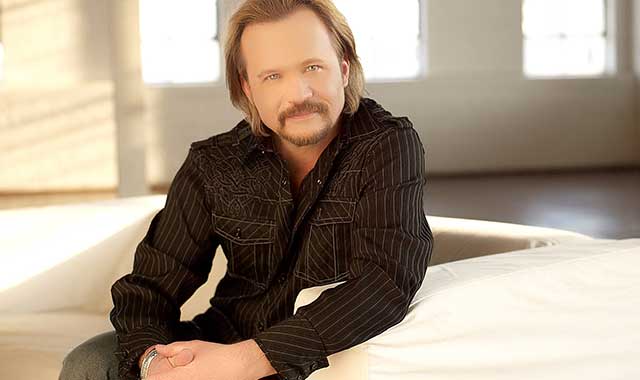 Hardly a day that goes by when Chuck Follett doesn’t think about his English Bulldog, Misty. Follett’s Marengo antiques store has many reminders of the bulldog who died two years ago, at age 13.

“When I first started talking about opening an antique shop, I told my wife that I wanted to have my bulldog with me,” says Follett, who co-owns the store with Don Rose. “She is always with me.”

A large photo of Misty welcomes people into the store. Small, antique bulldog artifacts are hidden around the shop.
Bulldog Antiques specializes in high-quality vintage and antique items, largely from the 1950s and ‘60s. Commonly found items include antique razors, signs, glassware and Christmas decorations. Follett says the items come from auctions, flea markets and other sales.

“Everything in this shop was created before 1965,” Follett says. “We are a real, unique antique shop. If you go to a lot of antique shops, they just have a lot of junk. “

Before launching the business in 2016, Follett and his wife, Dale, had been collecting antiques for many years.
Roughly 60 percent of the items found in the store are sold on retail. The remaining 40 percent are sold on consignment.

It may be small, but Little Shop of Papers has a big selection of products to commemorate life’s significant events.
This family-owned store focuses on personalized wedding, shower and party invitations, and custom stationery.

“We are all about the return of the written word,” owner Amy Hawking says. “Nothing says elegance like a paper invitation in the mail. It sets the tone for the whole event.”

The store is packed with treasures in every corner. The store has a home-like feel and is filled with touches of items both elegant and sassy.

“We carry a lot of beverage napkins, guest towels and notepads that have tongue-in-cheek sayings,” Hawking says.
Shoppers can also find an assortment of gift lines, such as Michael Aram; Beatriz Ball, which offers designed dinnerware and home decor; and Candles-Illume, which specializes in scented candles.

Jean Stahr, Hawking’s mother, started the business in 1988 when she saw a need for higher-end invitations and stationery. Hawking joined her mother seven years later.

“I lost my mom in September 2015, but I decided to continue her vision of a shop that celebrates all of life’s milestones,” Hawking says.

Affinity for Gaming is the perfect name for Justin Maher and Michael Purn’s business.

They both have an affinity for gaming.

“I’ve been playing Magic: The Gathering since the early 1990s,” Purn says. “We also play board games, so opening a store that sells these games was perfect for us.”

The store retails several fantasy trading card games including Magic: The Gathering, and several board games of skill, such as Dead of Winter.

The store hosts daily tournaments, where you can play games like Magic: The Gathering and Dungeon and Dragons Encounters.

Maher and Purn launched Affinity for Gaming in Crystal Lake about four years ago. They expanded to DeKalb four months ago, locating in a storefront just off the Northern Illinois University (NIU) campus. They want to reach NIU students who are interested in playing fantasy games.

“With NIU being in DeKalb, we now have access to a community of people who play the games,” Purn says.

This store sets itself apart from other gaming outlets because of one key factor. “We’ve played almost all of the games, so we’re able to sell the games more effectively,” Purn says. “Other stores may not be as versed in what we are selling.”

If you’re watching what you’re eating, chances are you can still find a sweet treat at this unique bakery.

Owner Ilene Keivel worked in sports medicine and outpatient physical therapy before opening Sweet Natalie’s in 2012. The store is named for her now 9-year-old daughter.

“I’ve always enjoyed baking, ever since I was a child,” Keivel says. “Baking was always a passion of mine, and after working in health care for 16 years, I wanted to pursue my dream.”

“More and more people were looking for gluten-free options,” she says.

In 2014, Keivel revamped the menu to appeal to those with sensitive dietary needs.

Although desserts are a specialty, more savory products are also available, from chicken pot pies to croutons.

Keivel opens her kitchen to small, startup bakeries that want to produce in the Sweet Natalie’s kitchen and sell their gluten-free items in the store.

“Each baker has their own brand under the Sweet Natalie’s umbrella,” Keivel says.

The Dole: A Cultural Destination for 100 Years

From a summer estate to a country club, a boys ...