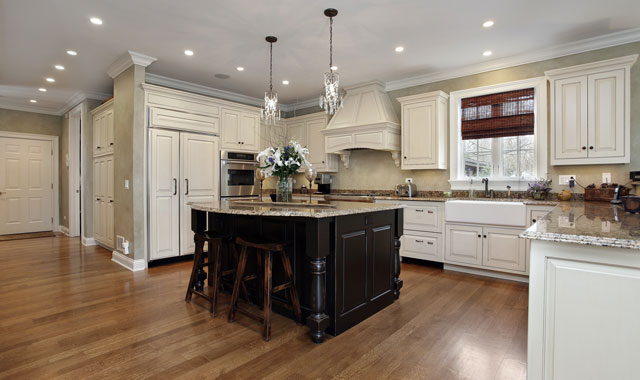 Home Remodeling Advice: Show Some Flair with the Finishing Touches

Chef Zak Dolezal offers health-conscious options at Duke’s Alehouse, in Crystal Lake. Discover what stands out on the menu.

Since assuming the reins in 2008, he’s made a priority of sustainable practices and the sourcing of organic and locally grown ingredients.

The 35-year-old Dolezal believes he took a risk adjusting the menu, but says it’s paying off at this popular establishment.

“More and more, consumers are concerned about their health,” he says. “We try to address those concerns by offering familiar and affordable cuisine on a versatile menu that can accommodate many diners’ dietary requirements – from gluten-free to vegetarian.”

Dolezal got his first taste of the restaurant business as a child. He remembers occasionally shadowing his mother in the family’s kitchen and spending time tending bar, cooking and doing janitorial work at Durty Nellie’s Irish Pub in Palatine, an establishment founded by his father.

“However, growing up to be a chef wasn’t something I planned,” says Dolezal.

As it turned out, Dolezal discovered he did have a calling for a career in foodservice. He polished his skills while enrolled at Kendall College’s culinary school. In 2001, he graduated and began studying hospitality management at Purdue University. Afterward, he worked at restaurants around the Chicago area, including with Marriott and Lettuce Entertain you. In 2008, he joined Duke’s Alehouse – another of his family’s restaurants.

Today, Duke’s grass-fed beef burgers remain one of the most popular dishes at the 100-seat Duke’s Alehouse. The organic bison burgers also have a strong following, and many a diner enjoys the steamed mussels with rogue chipotle ale, garlic and chipotle chiles.

But the bar’s real strength is in its eclectic beer inventory. It stocks anywhere from 150 to 175 beers, including 21 draft choices. Some mainstream brewers are represented, but most labels are hard-to-find artisan breweries from regional producers such as Indiana-based Three Floyds Brewing Co., maker of Zombie Dust, an American pale ale.

To customers who flat-out say they don’t like beer, Dolezal responds: “It’s just that they have yet to find the right beer.”

Entertainment varies from trivia on Wednesday and live jazz Thursday to karaoke on Friday and rock bands on Saturday.

The eco-conscious gastropub’s decision to get serious about water efficiency, waste reduction and energy use has not gone unnoticed. The Green Restaurant Association has accorded Duke’s Alehouse a coveted three-star rating.

The cozy downtown venue draws customers from Crystal Lake and the surrounding area, including Barrington, Algonquin and Schaumburg.

Dolezal says that employee retention is a challenge in this business, but something he constantly addresses. “To a degree, treating our 50-member staff well and promoting from within has helped keep turnover low,” he says.

The intimate dining room has seating along the outer walls and near the large entertainment stage. A loft upstairs has dedicated space for private parties of 50 to 100 people.