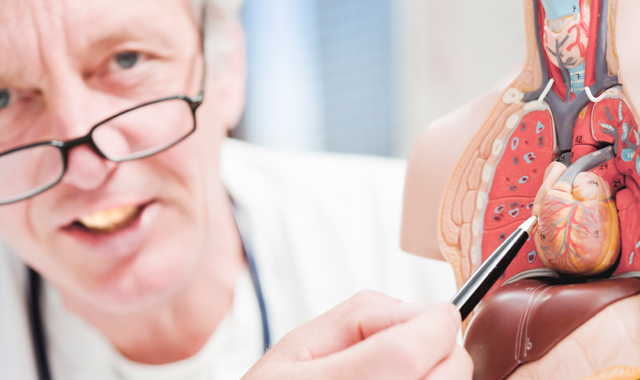 Heart Disease Reaches Beyond the Heart

TAG, celebrating its 10th anniversary this year, rotates exhibits of paintings, sculpture and pottery while hosting workshops on dance, music and other visual media in the 10,000 square-foot facility. TAG has expanded to include workshops, American Indian Veterans’ displays, poetry slams and art exchanges with the Illinois Historical Museum and Smithsonian Institute.

For school-aged children, TAG offers hands-on exhibits, native games, art activities, a library, native music and dance, a tepee, and a large map on the floor with 1800s Indian nations and tribes.

TAG is partnering with Chicago’s Field Museum of Natural History to bring larger exhibits to the suburban gallery over the next five years. The exhibits will rotate every nine months to offer guests, including school tours, a flavor of the Field Museum’s offerings.

The gallery also has a relationship with the Chicago Blackhawks. Recently, more than 1,000 people came to TAG to see the Stanley Cup. “The Blackhawks have been receptive to sharing our culture with their fans,” Podlasek says.

An iconic building once known as the John Robertson Jr. House is steeped in tradition and, thanks to recent renovations, now offers a place for everyone to enjoy.

John Robertson Jr. was an influential banker and community advocate who moved his family to Barrington in 1887, at a time when the village was developing from a train stop to a bustling town. A year later, Robertson Jr. and his wife, Julia, built their new house on a large lot near downtown. The couple lived there until their deaths in 1917 and 1918.

Since then, the home has had many uses, from a nursing home to business offices. These days, the home is known as Barrington’s White House, a cultural and community center that hosts weddings, artistic exhibits, musical and dance performances, author and culinary lectures, and other special events.

Recently, the White House underwent a yearlong $6.5 million renovation that included construction, landscaping, restoration and new interior furnishings. The first floor has rooms for rent and a commercial kitchen that can be used by caterers. The second floor is used by local nonprofits. The top floor is a ballroom with vaulted ceilings capable of hosting events for up to 150 people.

“It’s a good feeling to be able to restore a historical landmark in the center of town,” says Beth Raseman, project coordinator. “It’s another tie to our rich history and is a gateway to our historic district.”

With traveling exhibits, a live, ever-changing aquatic community and rotating daily programs, there’s always something new to check out at the National Mississippi River Museum & Aquarium. The museum is accredited by the American Association of Museums, a distinction held by only 9 percent of American museums, and is an affiliate of the Smithsonian Institution.

The museum campus has more than a dozen aquariums featuring wildlife found in the Mississippi River and the Gulf of Mexico. It offers daily activities, such as the “Creature Feature,” in which visitors are introduced to one of the Aquarium’s many animals. Educational talks are regularly held on topics ranging from green sea turtles to musical demonstrations of the museum’s calliope. This musical instrument, powered by steam, was once common on steamboats.

The museum and aquarium also includes the Mathias Ham House, a country villa built in 1856 by one of Dubuque’s earliest entrepreneurs.

A new addition to the museum campus is the National River Center, where visitors can explore a river cave and visit a saltwater aquarium that holds sharks, stingrays, schooling fish and an octopus. There, you’ll also find a special-effects 4-D theater.