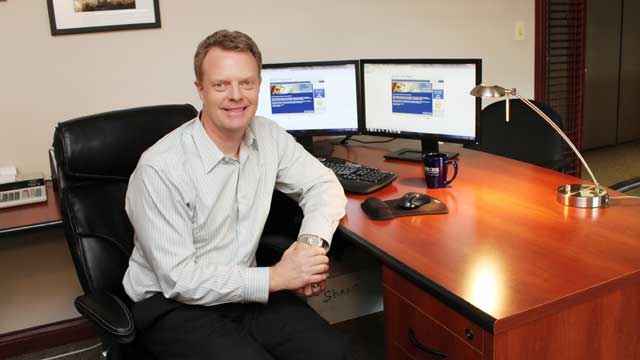 Organized religion plays a major role in the settling of Illinois and continues to influence the culture of our region. We highlight places of worship, one in the country and one in the city.

In 1852, a small group of Huntley residents met to form a new house of worship. Various congregations from Elgin, Dundee and Udina supported the development of the new church, which quickly began planning a permanent worship site. In 1853, the group created initial sketches, but didn’t begin building until 10 years later.

Thomas Stillwell Huntley, one of the town’s earliest settlers, and the community’s namesake, donated a parsonage to the church in 1885.

Once the church became better-known in the community, smaller groups of Christians began to join the growing congregation in Huntley.

In 1922, the church added a choir. During the 1960s, a pipe organ was donated, and the choir also began using hand bells.

In the 1950s, new pews and flooring, a pulpit, an altar and a fellowship hall were added.

The church built a new parsonage in 1964, donating its earlier building to the janitor.

A basement and choir room were created in 1971.

The church manages an active Sunday School program, held at 9 a.m. on the second and fourth Sundays each month. The Rev. Lance Lackore leads worship services each Sunday at 9 and 10:30 a.m.

Elizabeth Ann Seton was the first person born in the U.S. to be canonized a saint. In 1978, a group of Crystal Lake residents decided to honor her legacy by naming their new parish after her.

Many of the parish’s original members came from nearby St. Thomas the Apostle Parish, which provided the new church a rectory and land located kitty-corner from the high school.

Groundbreaking occured in February 1981, with dedication in April 1982.

Stained glass windows in the church narthex portray several stages of Seton’s life, from her experiences as a mother and religious leader to her creation of the Sisters of Charity and her recognition as a saint in 1975.

In 2001, the church built a parish center with social hall, kitchen and offices. That same year, the church installed in its sanctuary a six-foot bronze crucifix weighing more than 450 pounds.

The Jerusalem Cross is an essential emblem in this church’s identity. First used during the Crusades, this symbol of one large cross dotted with four smaller crosses represents the five wounds of Christ.

The Jerusalem Cross can be seen on this church’s sign at Dartomoor Drive, on the side of the building, on the stained glass mural and inside the new Parish Center.