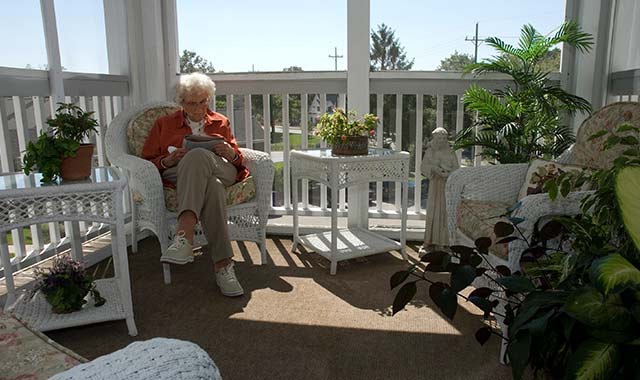 A star-studded lineup is headed to Crystal Lake’s downtown venue, bringing with it an array of holiday favorites, musical tributes and talented young performers.

In the heart of downtown Crystal Lake sits a historic theater that has struck a delicate balance: big enough to attract A-list performers yet cozy enough to provide an intimate experience for guests.

While many things have changed over the years – including the name of the venue and the types of performances onstage – the community’s love for this local gem remains as strong as ever. And hopes are high for the months ahead.

“We’re excited about kickstarting our season,” says Richard Kuranda, executive director of Raue Center for the Arts. “We’ll have some incredible talent including Jane Lynch, and we’re excited to welcome the Elgin Symphony Orchestra back for their holiday pops.”

Lynch, an Illinois native and star of the Emmy-winning show “Glee,” has performed at Raue several times. She returns on Dec. 10 and 11 for “A Swingin’ Little Christmas.” This year, you can see Lynch alongside Kate Flannery (who played Meredith Palmer on “The Office”), Tim Davis (vocal arranger for “Glee”), and the Tony Guerrero Quintet as they share their holiday harmonies.

“Jane Lynch has a strong connection to this area,” Kuranda says. “Some of her former roommates are in our theater company, Williams Street Repertory. Every year we try to mix it up between the Grammy, Academy or Tony award winners, a couple of great literary types and then a lot of regional artists as well.”

All season long, you can find tickets to comedy shows, tribute concerts and musical entertainment. In addition to the Elgin Symphony Orchestra’s holiday show on Dec. 9 and Lynch’s Christmas concert, this winter’s lineup includes a showing of “The Nutcracker” ballet, a concert by country-rock group Bourbon Country, an Irish music quintet, a Beatles cover band and so much more.
Comedy shows are a mainstay at Raue, and Lucy’s Comedy is Raue Center’s longest-running program. Curated by comic and radio personality John DaCosse, Lucy’s features stand-up comedians from all over Chicagoland and beyond.

“For people who want to have fun with the whole family, we also have GreenRoom Improv,” says Kuranda. “They do a clean improv show that’s hysterical.”

GreenRoom Improv, which has been making people laugh for more than 20 years, prides itself on high-energy performances that get the audience involved in the fun. The troupe returns on Oct. 21 and Nov. 18, both at 8 p.m.

Kuranda says what’s really special about a show at the Raue is the atmosphere.

“Our space is unique in that it’s not only intimate, but it’s also a showstopper,” he says. “The memories that are made in our center are really substantial. When you have the artists and the audience aligned for 2 hours trying to achieve the same goal, it creates something that’s remarkable. There’s something really wonderful when that hush hits the crowd and they play ‘Silent Night.’ For a lot of kids in McHenry County, this is their first experience with a large theater.”

For many reasons, Raue stands apart as a destination for entertainment in the area.

“It’s relaxed, convenient, budget-friendly and intimate,” says Kuranda. “And most importantly, it’s in a beautiful setting of a small, Main Street town with great eateries and wonderful roadways to get here.”

That Main Street atmosphere has another big advantage: It’s convenient and affordable in a way that big-time Chicago venues aren’t.

“It’s all at an affordable rate in a beautiful town, and you don’t have to break the bank,” Kuranda says. “Families can grab a pizza or really nice dinner at one of the eateries downtown, see a show and stay on budget. You don’t have to spend $30 on parking. We’re really a Main Street theater. We want people to come and explore the area. We want people in this area to explore their artistic side and try new things.”

Best of all, Raue Center still rises to the level of bigger stages in the Chicago area because of the talent it’s able to attract.

“The contemporary quality of artists is really important,” Kuranda says. “We’ve had a lot of major headliners. They enjoy performing here because of the intimacy. That’s what really separates us.”

In addition to hosting performances, Raue also offers opportunities for kids and adults to take the stage through its Raue Center School for the Arts (RCSA).

“The school we started last year has taken off,” says Kuranda. “We’re attracting more and more children every year for classes, and this fall, we began offering adult musical theater classes.”

“The cool thing is that the kids will actually perform when Jane Lynch is in town,” Kuranda says.
And now, even adults can take private singing and acting lessons from Raue’s talented instructors or take part in certain musical theater productions.

“We started with maybe three or four students,” Kuranda says. “Now, we’re up to more than 45 students. It’s exciting!”

“She’s actually a local,” Kuranda says. “She’s come full circle after being a huge talent in New York City. She’s excited about mounting theater productions that engage the students and the audience alike.”

Kuranda says the educational programs all have financial aid or scholarship available. “There isn’t really any reason why somebody couldn’t enjoy the arts in McHenry County if they wanted to,” he says. “We don’t want anybody’s budget to prohibit them from participating.”

Kuranda says it’s important for Raue to stay connected to the community by bringing other organizations into the theater and collaborating with other institutions.

All of this comes on the heels of a successful round of summer camps that dove into music, performance and staging an actual play – “Seussical, the Musical” – for the public.

“We ran a couple of camps this past summer, and we have a beautiful new partnership with one of the local parishes,” Kuranda adds. “St. Mary Episcopal Church let us use their school building. We were so thrilled because we kicked off that program last year, and I think we had more than 100 kids participate in the first month alone. We’re continuing that for the future and we think everyone should participate. We really think it’s a talented community. We’re always blown away.”

For information and to sign up for classes, workshops or upcoming performances, visit rauecenter.org.

“This is an amazing area,” Kuranda says. “We try to do something for everyone, and we try to do it at a high standard so people feel like they’ve got an opportunity to see something remarkable right in their own backyard.” 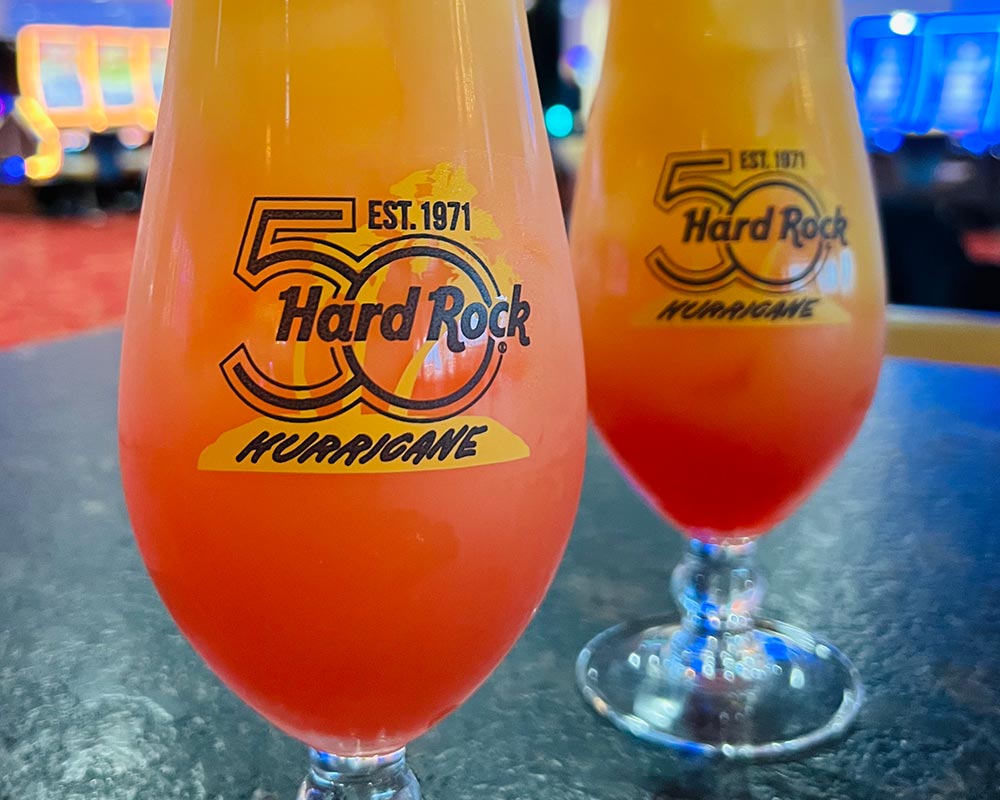 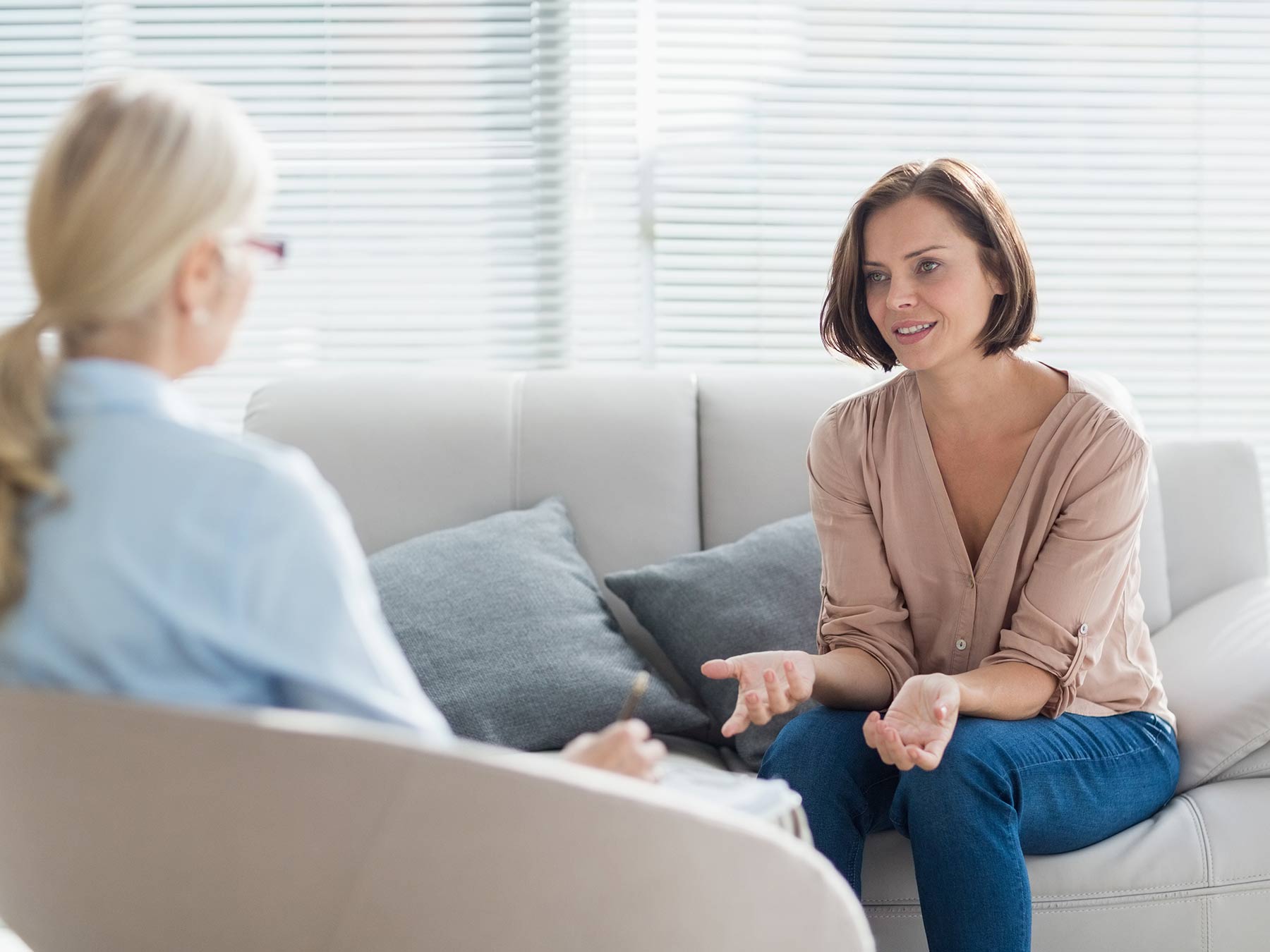