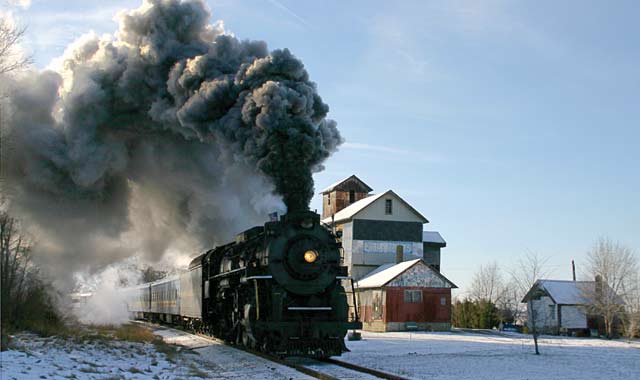 You’ll find turtles in wetlands all across the world, but there’s only one part of the globe where the Blanding’s turtle makes its home, and the Chicago area is one of its favorite places to dwell. Although development is creating challenges for this unique species, there’s plenty of hope in the work of local conservationists.

This summer, a female Blanding’s turtle will venture more than one mile from her usual home in the marsh near Lake Michigan. When she arrives at her destination, she’ll carefully dig a nest in the soil and lay her eggs inside before turning around to journey back home. It’s a trip she makes every year without fail.

Of her 12 hatchlings, only one or two are likely to survive in the wild. Predators will take some before the eggs have hatched, while others will be preyed upon soon after they’re born.

Around 90% of baby Blanding’s turtles die in the wild. But through field research, public education and a little human intervention, local conservationists are working to protect these rare reptiles and their remaining habitat.

You’re likely to spy many kinds of turtles in our region, including painted, box and snapping turtles. But North America is the only place in the world to find Blanding’s turtles. Exactly how rare is this unique species?

“It’s kind of a complex question,” says Gary Glowacki, manager of conservation ecology at the Lake County Forest Preserve District. “In our larger populations, the number of Blanding’s turtles can be comparable to, if not larger than, the more common or widespread species. However, there are only a handful of places left in the world where that is the case. The vast majority of ‘populations’ in the Chicago region consist of a few really old individuals.”

Geography plays a critical role in this turtle’s status as “endangered” on the IUCN Red List of Threatened Species. While Blanding’s turtles live around the Great Lakes region – as well as Nebraska, Iowa, the Northeast U.S. and Canada – most live in the coastal wetlands along Lake Michigan, in the marshy area of southeast Wisconsin and northeast Illinois.

Known as the Lake Plain, this region encompasses nearly 3,914 acres of conservation land and 15 miles of coastline. It’s a critical habitat for hundreds of plant and animal species, including at least 63 state-listed and four federally listed species of concern.

The gradual loss of the marsh habitat, due to urbanization, is a driving factor for the decline of the Blanding’s turtle.

To compound things, these turtles also face threats from natural predators. Raccoons are notorious for snatching eggs out of nests and snapping up baby turtles too small and young to defend themselves.

The raccoon population is growing because, unlike turtles, raccoons adapt easily to changes in their habitat. They eat berries from the trees and bushes we plant, and they seek shelter under our deck. Land development has reduced the presence of a raccoon’s natural predators.

Lake County Forest Preserve District takes a multi-pronged approach to turtle conservation. As one of the Lake Plain’s conservation partners, the District tracks turtle movement, protects eggs and hatchlings, and educates the public on ways to help the turtle population.

Glowacki’s team uses transmitters to track around 50 female and juvenile turtles, allowing him to see when and where they move. This way, he knows when a female turtle might be migrating to lay a clutch of eggs.

Sometimes his team protects the nest with a hard-wire cage to keep raccoons, skunks, opossums and minks away.

Other times, staff will collect the eggs, incubate them and raise the hatchlings in captivity.
“When they first hatch, they’re about the size of a quarter or a half-dollar,” Glowacki says. “And if we raise them in captivity for a year or two, they’re about the size of a hamburger; something quite larger where raccoons can’t feed on them quite as easily.”

The concept of incubating eggs and raising hatchlings in captivity is known as “head-starting,” and agencies across the area use similar strategies to protect the Blanding’s species.

Dan Thompson, wildlife ecologist with the Forest Preserve District of DuPage County, says Chicago-area organizations are all working toward the same goal.

“We are all striving to maintain this species,” he says. “Essentially, we want to get to the point where they can be self-sustaining.”

When head-start initiatives began in DuPage County in 1996, the Blanding’s population was so critically endangered that ecologists couldn’t find any baby turtles in the field, says Thompson.

“That’s like going into the forest, and all you have are mature trees,” he says. “So, what happens when the old trees die? There’s nothing there to replace them.”

So far, Thompson and his team have head-started more than 4,000 turtles. And if Forest Preserve District of DuPage continues its conservation efforts at the current pace, it could reach 5,000 turtles in the next three to four years.

Blanding’s turtles are semi-aquatic, meaning they spend as much time in the water as on land. They love emergent marshes, areas of shallow-water wetland on the shores of lakes and streams. This environment is perfect for their diet of crayfish, insects, snails, berries, plants and even frogs.

Even though Blanding’s turtles can be found right here in the Chicago area, you’ll be hard-pressed to find one out in the wild.

“We’ve gone out on tours trying to find turtles, and it’s a lot harder to do even when we know where they are,” Glowacki says. “The chance of a person going out and finding one of these turtles on their own would be extremely low.”

If you come across a turtle, it’s more likely to be a painted, box or snapping turtle. You can identify Blanding’s turtles by their bright yellow chins and throats. Their helmet-shaped upper shells (carapaces) are usually speckled yellow, but sometimes they’re all black, especially if they’re older. They’re medium-sized, averaging 5-7 inches in length, and – like most other turtle species – only bite if provoked or if their nest is threatened.

Turtles reproduce at a slower rate than other animals in their habitats, such as frogs, salamanders and most amphibians. Whereas a frog can lay thousands of eggs at once, these turtles lay just a dozen, so the survival of each egg and hatchling is key to keeping the species going.

If a Blanding’s turtle can make it to adulthood, it can live for more than 80 years. And female turtles, who usually reach reproductive age in their teens, will continue to lay eggs every year until they die. In fact, they become more prolific and produce higher-quality eggs the older they get.

Where to Find Them

Fortunately, you don’t have to go wading in the marsh to see a Blanding’s turtle up close. At Hickory Knolls Discovery Center in St. Charles, families can visit a large indoor enclosure that houses six of them, plus one painted turtle and a couple of map turtles. You can watch them swim in the 200-gallon pond, bask under the glow of special warming lights, or hang out on the sandy beach.

This special turtle enclosure was designed to hold Blanding’s turtles as part of the Blanding’s Recovery Project. DuPage County’s forest preserve instituted the project in 1996, and when the St. Charles Park District opened Hickory Knolls the following year, park district leaders saw an opportunity to complement the forest preserve with an educational experience for the community.

The enclosure at Hickory Knolls housed only Blanding’s turtles until a painted turtle snuck in a few years ago. Pam Otto, outreach ambassador for the park district, thinks she knows how it got in. The day he showed up, she noticed a spot on the turtle’s shell where a wound had healed, and she discovered an empty shoebox in a nearby garbage can.

“I suspect that this turtle was a rescue that somebody had helped heal, and they didn’t want it to get injured again,” she says. “So, what safer place than an indoor pond?”

This phenomenon of people taking turtles out of the wild and later regretting it is more common than you might think, Otto says.

“Before we opened Hickory Knolls, we had visited other nature centers, and there was one that had a very accessible display down at a low level,” she says. “Someone asked how they kept people from stealing the turtles because they could just reach in and grab one. But they said the problem wasn’t people taking turtles; it was people dumping turtles there.”

Otto cautions people to do their homework before taking up a turtle as a pet. And, most importantly, a wild turtle should never be taken out of its natural habitat.

“It’s a major commitment if you want to have a turtle for a pet,” she says. Turtles can live anywhere from 20 to 80 years, meaning they can easily outlive their human owners. Otto’s own pet turtle has been with her for 44 years.

In DuPage County, the concern isn’t only with people taking turtles for pets, says Thompson. There also have been cases of wild turtles being harvested for food or sold on the black market.

He says it’s hard to know how often these things are happening locally. “Sadly, for every example we know of, there are probably multiple times more examples that we don’t know of.”

Because agencies have worked for decades to help Blanding’s turtles thrive in our area, the population is relatively stable.

If you want to support this rare species, there are a few ways you can help.

First, keep your eyes on the road, especially when driving near the turtle’s habitat. “Almost every case of mortality we’ve seen is from direct strikes with vehicles,” Glowacki says. This is especially true as female turtles migrate in the summer to lay their eggs. In this area, it’s rare that a turtle could travel 1 or 2 miles without crossing some sort of road.

If you spot a turtle in the road, it’s OK to help it cross – so long as you do it correctly. Otto discourages people from handling wild turtles in general, but she says that, if you see one in the roadway, you can carefully pick it up and transfer it to the other side of the road. Make sure you’re moving the turtle in the direction it was already moving.

Secondly, don’t leave out food that raccoons could eat. Since raccoons are one of the Blanding’s turtle’s most prominent predators, adding to this sneaky mammal’s food supply only increases its population and adds to its longevity. Glowacki calls raccoons “human-subsidized predators,” since these animals will root through trashcans if they can reach them.

Finally, monetary support helps to continue efforts on the ground. Lake County Forest Preserve District runs an Adopt-A-Turtle program where people can sponsor local turtles. At some donation levels, you can name a turtle, receive updates if your turtle is located in the wild and even meet your turtle. Other agencies, including those in Kane and DuPage counties, have similar opportunities for donors.

“As natural resource agencies, we have an obligation to conserve all biodiversity,” Glowacki says. “This is especially important for the Blanding’s turtle because of the global significance of the Chicago-area populations. If we lose them here, they are not going to be doing very well throughout their range.”

Thompson notes that, while agencies focus on the Blanding’s turtle because it’s rare, their work ends up helping all turtles – and in turn, it helps humans, too. He believes these kinds of endangered species are like canaries in a coal mine, an early warning system that the ecosystem is under threat.

“The more we study them, the more we learn,” he says. “We humans need healthy ecosystems to live, too. We can’t overcome the powers of Mother Nature. If we don’t take care of this planet, it can’t take care of us.”