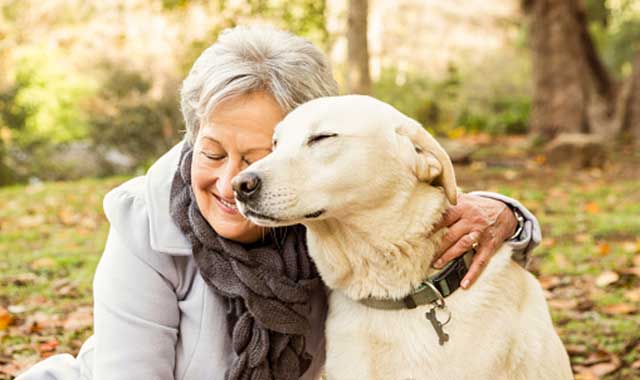 How Much Will You Need for Retirement?

It’s been a busy few years for Dr. Patrick McEneaney and the team at Northern Illinois Foot and Ankle Specialists. From one clinic established in 1993 to nine clinics spread across the Chicago area, this medical group has grown rapidly.

The journey started simply enough. After McEneaney took over the former Cary Grove Foot & Ankle Clinic in 2012, he saw a growing demand from patients outside Cary. So, he built a second clinic in Lake in the Hills.
“We were at our grand opening, just a little over a month after we opened, and I got a call from a Realtor that there was an orthopedic group moving out of a building in Crystal Lake, 2 minutes from my house,” he recalls.

“And, even though we were opening this new clinic, we were running out of administrative space.”

Six weeks later, he’d inked the deal and was working another deal in Fox Lake.

“And then we were done, we weren’t going to open any more practices,” he says. “And then I got a call from a doctor who was retiring, and he asked me if I’d like to take over his practice.”

So he did. And then he took on more practices, including three this past spring.

“We actually had a deal that was closing April 1 – right when COVID was in its prime,” he says. “But while we were talking, I had a friend in Hinsdale decide he didn’t want to run his practice anymore, and so we closed two deals April 1.”

“This whole process of expanding has not been a planned expansion, where we sat down and said, ‘We’re going to add this many clinics in this amount of time,’” says McEneaney, owner and CEO. “What we’ve looked for is good opportunities with doctors who have our same core values.”

Trust, knowledge and service are baked into the clinic’s approach to patient care. Staff maintains a deep knowledge and eagerness to be helpful. Physicians, too, bring cutting-edge advancements in medicine.

“Our staff is very knowledgeable about what it does,” McEneaney says. “They’re friendly, they’re helpful, and our doctors are very real people you can sit down and talk to, and you can trust.

“We like this to be an open and friendly environment, because a lot of times going to the doctor can be a scary thing,” he adds. “I have a good team of doctors who communicate well. We’re not judgmental. We just try to sit down and have very real conversations about a patient’s foot and ankle health.”

Rapid expansion isn’t easy, and neither is taking over another physician’s practice. As McEneaney adds new doctors and assumes clinics, he emphasizes the patient experience above all.

“Sometimes when things change, patients just get a little concerned, so that’s where my staff comes in to sit down with the patients and explain what’s changing and why,” says McEneaney. “We can help them understand the new opportunities that will be available to them as a patient with our practice.”

All of this rapid growth, it turns out, has brought a serious competitive edge. Younger physicians have replaced retiring colleagues and brought with them a closer connection to the latest medical advancements. Now, all but two of the firm’s physicians are under the age of 45.

“Most of our doctors are very well-versed in all of the newest techniques for minimally invasive surgery and conservative treatments that will help avoid surgery,” he says. “So, there are a lot of things we can offer.”

Those physicians bring a wide range of experience, with specialties in pediatrics, wound care, diabetes and sports medicine, for starters. Some were Division I college athletes and can speak from personal experience when handling sports injury cases.

“It’s nice that, while we’re all foot and ankle specialists, we’re very specialized in what we do,” says McEneaney, who specializes in reconstructive surgery.

Not resting on their laurels, the team continues working at the forefront of their field. McEneaney has been published in several journals, consults with medical device companies and is president of the Illinois Podiatric Medicine Association. He and his colleagues also train other physicians and resident physicians.

“We do training labs for other doctors, where we teach techniques we’ve already mastered,” he says.

On the business side of things, rapid growth brings many questions and a constantly shifting strategy.

McEneaney continues to learn and grow, inspired by the counsel of fellow physicians and other business owners. A few years ago, he struggled with the needs of his growing business.

“The main question, as you’re ramping up, is when do you need middle management?” he says. “I can always sit in the office of my manager and the two of us can discuss things, but when do you need that next layer of people? That’s one of the hardest to figure out in my world. You don’t want to have that layer too soon, because it’s costly and may not be necessary. But if you add it too late, you could run into other problems.”

Maintaining a large and growing staff – especially in these unpredictable times – is never easy. Keeping them engaged is essential, McEneaney says.

“We’re doctors, we always micromanage our patients to make sure everything gets done, and when you’re serving a dual role, like I am, as a business owner and physician/surgeon, you have to trust that your staff is going to do what they need to, and you can give them tasks that they’re going to run with.”

The successful leader, he adds, knows how to hand off responsibilities in an effective manner. If you simply task someone, there’s an expectation of further follow-up, he says. Delegating, though, means you’re fully handing off those responsibilities to someone else.

“Sometimes when you task somebody, they’ll feel micromanaged because they think you’ve delegated it to them,” says McEneaney. “So, one of the things I try to be clear about is whether this is a task or something I’m delegating. And that’s been really helpful for me, because there’s an expectation set for what we’re going to get done and who’s responsible.”

Looking ahead, McEneaney says he’s still open to more growth – but there is a caveat. As much as McEneaney has jumped at opportunities, he’s not afraid to say no.

“For all of the practices we’ve purchased or opened, there are just as many opportunities that we’ve turned down,” he says. “I think one of the hard things to do is look at opportunities and try to predict what’s going to happen. You can use your best knowledge and say it looks good, but down the road it could be a bad choice. Or you skip an opportunity that may have been good.”

Whatever the future may bring, the real question on his mind is how it will affect patients.

“Anybody in medicine gets into this because they really want to help people and make a difference in peoples’ lives,” McEneaney says. “It’s really exciting when you can do that and see the smile of someone who can get back into their activity or just get through the day. It’s just great.”

The Garlands of Barrington: For Two Decades, a Trailblazer in Senior Living

Driven by a unique set of values and a dedication ...