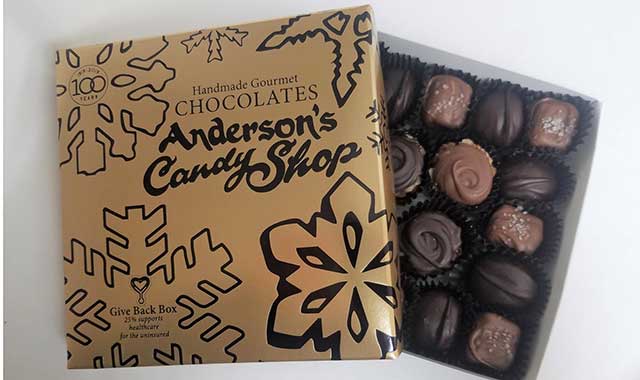 An uncompromising focus on quality – product and service – has been a keystone to this Barrington-area jewelry store. But that’s just the beginning of the story.

There’s an undeniable sparkle in the diamonds at M.J. Miller Jewelers, 123 Main St., in Barrington.

“I’ve never seen jewelry sparkle that much,” one client says in amazement, as owner Michael J. Miller looks on.

It’s no optical illusion; there’s a good reason they sparkle so much, says Miller. “It’s all about quality.”

And he means it. For 50 years now, Miller has staked his reputation on quality, making a point of hand-selecting every piece on display, with an eye for only the best. At the same time, he’s made a priority of serving customers and earning their trust, time after time.

Miller has never forgotten advice he learned as a teenager, the day he met diamond magnate Harry Winston.

“He told me, ‘Even I, Harry Winston, can’t own everything, but everything I own will be the best,’” Miller recalls. “If you go to that quality, you’re going to treat your clientele right, and generation after generation will come back to you. That’s what I’ve done. It’s about quality, not about price.”

Diamonds and gemstones of all colors fill the display cases at M.J. Miller. Jewelry settings sparkle and shine. Tall shelves hold beautiful timepieces, giftware and home decor by the likes of Robert Procop, Picchiotti, MacKenzie-Childs and Deakin & Francis. Some pieces have been designed by industry leaders. Others are crafted by Miller’s own team of experienced designers.

But it’s what’s inside that really counts, and Miller can say with confidence what he’s selling. He frequently travels to the source, visiting mines in Africa and other exotic locales, then seeks out the world’s best stone cutters, who make the gems look flawless.

“One of the things I admire about Mike is that he’s had the opportunity to see the world, to see where the gemstones come from, and to make relationships with the people who find the gems,” says Marc Scherer, a gemologist and designer at M.J. Miller. “It is actually unique. Sometimes jewelers go on a buying trip somewhere, but it’s the truly passionate ones who go to the source.”

There’s no question of Miller’s passion. After all, gemstones have been a lifelong pursuit.

“When I was a 7-year-old kid, I used to go out on the railroad tracks and pick up quartz crystals and polish them,” he recalls. His father, who ran a pharmacy and jewelry store in North Dakota, indulged his son’s curiosity.

“When I was 8 years old, my dad, who was a master watchmaker, showed me some loose diamonds,” Miller recalls. “I was fascinated with them, and I must have driven the poor man nuts.”

The younger Miller began studying with the Gemological Institute, earned his certificate and sold alongside his father. As a teenager, he traveled to New York and learned firsthand, taking advantage of his father’s connection to the Kaplan family, whose relatives were a major name in the diamond industry. One day, Miller was told he’d spend the day with Winston – the man who once owned the Hope Diamond.

“Being with Mr. Winston was like a college education. It was priceless,” says Miller. “When I left that day, Mr. Winston said, ‘You have what it takes to be successful in this business. You have a passion for the commodity and you really like people.’”

Miller kept nurturing his passion for gemstones, even while earning a degree in pharmacy. He followed an uncle to Barrington and, in 1970, bought Esh Pharmacy from its retiring owner. For 30 years, Miller was both druggist and jeweler – but it was the jewelry that always made him happiest. So, he sold the pharmacy and opened the jewelry store in its current location in 2000.

Today, Miller and his team specialize in gemstones and jewelry while also bringing years of expertise in repairs, appraisals and custom designs.

Like the gemstones in his cases, Miller’s team is a reflection of the best in the industry. Staff members, including designers and goldsmiths, are true specialists in their fields, often bringing decades of experience with them. Scherer, who’s been with Miller for about a year, has been in the industry for 50 years. His work is in Chicago’s Field Museum, coffee table books and the homes of celebrities.

“Mike has an exceptionally good eye,” Scherer says. “He’s purchased some of the highest-quality gems in the world, and if you’re someone like me who’s kind of a gem-oholic, you want to be around people like that.”

The deep knowledge and enthusiasm of Miller’s team plays an important role in customer service, because Miller believes advice and education go hand-in-hand with the sales process.

“It’s an old adage, if you don’t know your furs, you’d better know your furrier,” he says. “That’s the same way in the jewelry business. How many people go out to buy a nice or important piece of jewelry and know anything about it?”

While he’s seen a more educated, sophisticated clientele in recent years, he still walks customers through the basics, encouraging them to understand what they’re buying and why it’s different – and what the price tag really indicates.

“It’s teaching people about what they should have, if they want something good,” he says.

Miller believes the extra insight he offers isn’t just about making a sale. It’s about earning loyalty. Indeed, he’s served as many as four generations in some families and counts celebrities among his clientele. He’s served people in every state and 13 countries.

Miller’s commitment to customers runs so deep that he’s willing to provide 24/7 service when called upon – even if that means sending a car to the airport so someone can make a purchase on layover.

“It’s taking care of people; that’s the name of the game,” Miller says.

His most loyal clients have rewarded that deep, personal care by returning time and again for engagements, birthdays, anniversaries and other special occasions.

“Other than extremely fine jewelry, we sell happiness,” Miller says. “Because, if our clients are happy, they come back to us, and that’s what it’s all about. In the end, we’re in the business of selling happiness.”

Miller has found plenty of happiness in his business, too. In fact, he can’t imagine doing anything else. What exactly does the future hold? It’s hard to say, says Miller, but retirement isn’t on the list.

The Dole: A Cultural Destination for 100 Years

From a summer estate to a country club, a boys ...