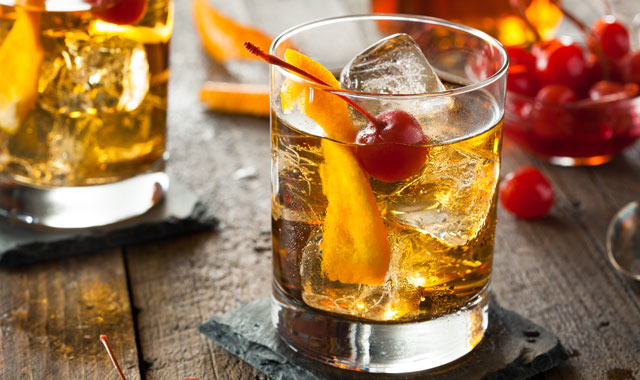 Creative Cocktails to Get You Through the Cold

Forty-five years is a long time to stay in business. Learn how Fox Valley Orthopedics has been able to provide affordable, expert care over the past several decades.

Before medicine became sub-specialized, it was common for general surgeons to operate on orthopedic injuries in addition to performing appendectomy procedures, gall bladder removals and a host of other surgeries.
But since around the 1970s, orthopedic surgery has broken off as its own specialty. Why?

“So you can receive better care,” says Dr. Vishal Mehta, an orthopedics and sports medicine surgeon, and the president and managing director of Fox Valley Orthopedics (FVO) in Geneva and Elgin.

Two of the earliest graduates of an orthopedic residency program – Drs. Eugene Wittenstrom and Merle Denker – were the founding partners of FVO. Forty-five years ago, the pair had a vision to set up a practice that solely focused on orthopedics.

“It was really cutting edge – they were leading the trend toward true specialty care,” Mehta says. “Their vision segues into the model we’ve always practiced by, which is to practice sub-specialized care.

“For example, I’m a sports medicine surgeon. So, all I will do is sports medicine surgery. I’m not going to do a carpal tunnel procedure. I’m not going to remove a bunyan, even though I could do it. We believe that the care you receive will be better, will be excellent, if you receive it by somebody who is specialized in one area. So, that’s been the guiding principle from the start, and continues to be as we get further sub-specialized within the field of orthopedics.”

Throughout the years, the team at FVO has searched for ways to give patients the most value for their time and dollars. One of the results has been creating an express clinic, called Ortho First, where patients can immediately receive expert care for orthopedic injuries. So, instead of going to the emergency room or an urgent care center, where patients typically pay higher copays, they can instead experience an expedited office visit and surgery, if necessary, and begin their road to recovery for a lower cost.

“Just a few weeks ago, I was in the express clinic and there was a young man who had an open dislocation from a skateboarding injury,” Mehta recalls. “He was nervous to go to the emergency room, especially with COVID-19, so he came to us.”

Within an hour, Mehta had given the patient a local anesthetic, put the fingers back into place, put the patient in a splint, and given him a repeat X-ray showing that his fingers were perfectly back in position.

“It’s tough to beat that type of care,” Mehta says. “You know, we’re not good at coughs and colds or things like that. But if you have an orthopedic injury, we can take you from beginning to end with absolute expert care.”

On the administrative side, CEO Barry Mathews emphasizes employing a high-quality staff with expert training. In addition, from an entrepreneurial perspective, Mathews knows it’s important to try new things.

And sometimes, you’ll find the demand isn’t as high as what you thought.

“That was the case when we tried to expand the use of DEXA scans,” Mathews says. “We still do it, but it’s not something we’re investing a lot of energy into since the market isn’t there.”

But sometimes, the demand is greater than you even anticipated, which is why physicians at FVO must always be at the forefront of technology and innovation. For example, FVO was one of the first surgery centers in Illinois to have physicians doing shoulder replacements, total knee replacements and total hip replacements. It was also one of the first practices to bring arthroscopic rotator cuff repair to the Chicago suburban area.

Mehta himself has earned the right to humbly brag about his contributions to the orthopedic specialty.

“There’s a particular cartilage procedure that I came up with. It was the first one done nationally, and it was done right here at our surgery center,” Mehta says. “Now, there’ve been thousands of implants, and it’s being done all over the world.”

But Mehta’s not one to rest on his laurels.

“We take our patient care incredibly seriously, and we’re always trying to become better, just like our founders. I feel that being stagnant is not success. Every year, we have to find a way to improve health care,” Mehta says.
This year, in the wake of COVID-19, improving health care has meant a large shift to telehealth and consulting with patients online rather than in person.

In addition, improving health care includes being a good steward of patient dollars, Mathews says. As technology and procedures improve, he strives to find ways to make those procedures more affordable for society.

“We’re pulling costs out of the system by becoming as efficient as possible and by doing things that were formerly only done in hospitals,” Mathews says.

“For example, a knee replacement in a hospital might be a $30,000 cost,” Mehta adds. “We can do that same procedure for half the cost, and have patients go home with the same implants. It’s because we’re sub-specialized and can offer things cheaper than a hospital.”

Though physicians are obviously important, Mathews knows that success isn’t possible without a strong overall team.

“We’ve always treated our employees with the utmost respect, because ultimately, that’s our most important asset,” he says.

FVO maintains nearly 200 employees, and each physician has a clinic team made up of physician’s assistants, nurses and other support staff.

“It truly is a team method,” Mathews says. “We view ourselves as a team and family. And you know, that lends to our deep involvement with the community because we know the people who we’re taking care of are our neighbors.”

To that effect, FVO physicians donate their time to area high schools, sports organizations and nonprofits to ensure local athletes are safe and healthy. In addition, FVO gives weekly monetary donations to charities in the Fox Valley area and offers sponsorships to local events.

“The community sees us as this place for education and health, and we take that charge very seriously,” Mehta says. “Again, we’re a part of the community and so are our families. That makes it easy for us to really care about our patients.”

And when it comes to owning and operating a business, Mehta and Mathews concur that there’s nothing more important than taking good care of your customers.

“For us, that’s our patients,” Mehta says. “Every time I see a patient, I want them to walk out of the door saying ‘That’s the best doctor’s visit I’ve ever had in my life.’ And I want them to go tell 10 people, right? Of course I want the business to grow, but mostly I want to be the one providing that care.”