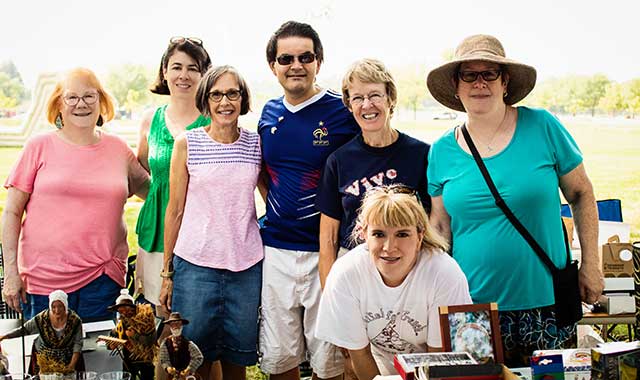 The field of orthopedics is constantly evolving. Learn how surgeries have become safer and more efficient, and how non-surgical options have become easier to pursue.

If you’ve ever been diagnosed with a problem with your musculoskeletal system, you’ve probably been referred to an orthopedic doctor.

Wait, what? What’s my musculoskeletal system?

Bones, joints, muscles, ligaments, tendons, cartilage – these elements make up the musculoskeletal system. So, if you have arthritis, are in need of a knee or hip replacement, or have inflammation in other joints, an orthopedic doctor may be able to help.

As with most medical fields, there have been advancements that doctors hope become common knowledge.

Some advancements aren’t necessarily brand-new but are becoming more commonplace, based on quality research.

For instance, Dr. Marc Angerame, a joint replacement surgeon who is active in writing technique and research articles published in textbooks and journals, utilizes a “rapid recovery pathway.”

He has his patients up and walking hours after hip or knee surgery because research has proven it leads to a better, faster recovery, says Angerame, who specializes in minimally invasive joint replacement surgery and works with Lake Cook Orthopedics, a division of the Illinois Bone and Joint Institute, with locations in Barrington and Algonquin.

Angerame also closes skin incisions with absorbable sutures and glue, which makes for less-visible incisions and reduces the chance of infection – plus, there are no sutures or staples to remove, says Angerame.

Additionally, in the past 10 years, the blood transfusion rate during surgery has been cut down to just a small number, he says, all because of research studies.

“We’re challenging the standard dogma and how we’re helping patients so they can return to a more normal way of life sooner after these surgeries,” he says

Ahmed is one of a handful of surgeons in the Chicago area who is certified in this type of surgery.

In fact, not all joint surgeons are aware of the robot, Ahmed says.

But first, let’s take a step back.

Arthritis is caused when the cartilage of the joint starts to deteriorate. Eventually, a person’s joint becomes bone on bone, causing pain and functional limits in walking and other weight-bearing activities, says Ahmed.

Treatment options usually are conservative: first, doctors prescribe anti-inflammatories, restrict activities and try cortisone injections. If that fails, joint replacement surgery – which has been around for four decades – is considered.

Surgical preparation for knee replacements traditionally has been based on population studies from X-rays. Using presumed angles and depths based on these studies, doctors know at what angles they need to make cuts once they begin to remove diseased cartilage and bone, says Ahmed. It’s a fixed method that is not very patient-specific.

However, with robotic knee replacement surgery, the software generates a computerized 3-D model of a patient’s bone anatomy based on a CT scan and generates a unique plan for the surgical team.

“We verify that depth and those angles, and it gives us an actual 3-D model of their bone with the implant on it for us to look at,” Ahmed says. “Even before we work on our patient, we know what it will look like in the end; we have a plan based on this model.”

Additionally, the robot helps surgeons prepare how to balance the ligaments, a somewhat tedious and non-objective process in a non-robotic surgery.

It’s important to note the robot doesn’t make actual surgical cuts to the bone; it merely assists in the alignment of the saw and doesn’t allow a surgeon to make an improper cut based on the pre-approved surgical plan, Ahmed says.

“We’re still doing the surgery; we’re still pulling the trigger of the saw,” he says. “And the workload of the knee replacement is ours.”

Robots have been used for partial knee replacements for nearly a decade, but for total hip and knee replacements, it’s still a relatively new technology – it’s only been around for two to three years, Ahmed says.

Still, there’s some good short-term data that shows patients have less pain and a faster recovery from a robotic-arm assisted surgery.

“Since you don’t have to do these huge releases and ligament balancing, your incisions are smaller and your soft tissue is less disrupted, which means you have a quicker recovery,” he says.

Of course, there’s some variability in how surgeons see robotic surgery. Ahmed says some surgeons – those who have an established practice and see a high volume of patients – view the robot as a hindrance that diminishes productivity.

It’s true that the time of surgery can be extended about 15 to 20 minutes when a surgeon first uses robotic assistance, says Ahmed, though with practice, that delay is usually neutralized.

The younger generation of surgeons “is all for it,” Ahmed says, and so are many patients.

He’s performed nearly 25 robotic-arm assisted surgeries, and not a single patient has said “no” to the robot, he adds.

“As people learn about it, and the word gets out and people see the advantages of it, I think it will be adopted more,” Ahmed says. “I think it’s a better way to do knee replacement surgery; I think their outcomes will be more predictable, and I think they’ll be happier.

“Ultimately, it’s your decision – patient education is key,” he adds. “But I have not had anybody say no to it.”

Another ‘New’ Approach to Surgery

Angerame, of Lake Cook Orthopedics, specializes in, and is excited about, a surgical technique that allows patients to recover faster from hip surgery.

In a total hip replacement, the majority of surgeons have traditionally used a posterior approach (PA) by making the surgical incision toward the back of the hip while the patient is lying on his or her side.

However, a direct anterior approach (DA) – making the incision in the front of the hip while the patient is lying on his or her back – has been “revolutionary,” Angerame says.

In fact, most patients can be discharged home the day after surgery or even the same day.

“What does that mean?” says Angerame. “That means a safe and fast recovery while quickly getting back to a more normal way of life: more-normal sleep patterns, a decrease of blood clots and a decrease in other complications that can be accompanied by being discharged to a rehab facility, including infection or readmission to the hospital.”

In some cases, there are non-surgical options for orthopedic patients.

Dr. Michael Gitelis, of Gitelis Orthopedics in Lake Barrington and Hoffman Estates, has spent the past decade treating patients with some of the latest biologic products.

Gitelis has more than 30 years of experience in arthroscopic surgery, but he recognizes that some patients are good candidates for biologics: products produced and processed from the patient’s own cells or donated allograft cells. These products can tap into the body’s own healing process, amplify it and sometimes help a patient prolong or even avoid surgery, Gitelis says.

“For the patient, this means less pain, faster healing, a quicker return to sport or daily activities, and quite possibly avoiding surgery,” Gitelis says.

The latest therapy Gitelis has worked with is exosome treatment. While there are many different types of stem cells in orthopedics, surgeons most often work with Mesenchymal stem cells, from which exosomes – tiny vessels – are derived, says Gitelis.

Exosomes can help repair muscle, bone cartilage and tendon by signaling the body’s own cells to increase blood flow, recruit healing cells and reproduce healthy tissue at the place of injury.

Exosomes are a more potent biologic with a higher concentration of the cells that signal healing, Gitelis says, and because they come from your own body, there is no risk of genetic disease transmission.

“I’ve seen significant improvement amongst patients who are good candidates for these biologic treatments,” Gitelis says. “As we begin to understand the mechanism of action by which these products aid in healing, we understand that the goal is to recruit and signal the appropriate cells to react and heal the area of injury.”