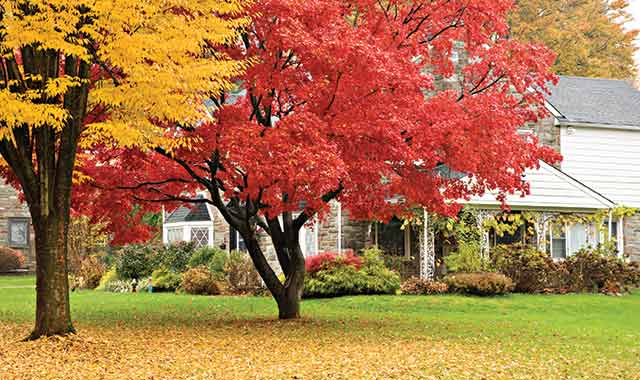 Interested in selling your home? Before you hang up that “for sale” sign, there are a few things you’ll need to prepare. Here are a few good starting points.

Selling your home can feel like an overwhelming task. Strangers are coming to your home, snooping in your closets and bathrooms while expressing displeasure in the amenities and layout of your beloved home. The cherry on top? If they make an offer, they’re probably willing to spend less than you expected.

Selling your home doesn’t have to be a daunting experience. You just need the right guidance and expertise.

If you’re ready to put your house on the market, but don’t have a clue where to start, don’t worry. There are a few simple places to begin.

Before you enter the real estate market, it’s important to clean your home from top to bottom, says Rita O’Connor, a real estate agent with Re/Max Suburban in Lake Zurich.

“No matter how humble or grand your house is, people will not look past grime and mildew, especially in the bathroom and kitchen areas,” she says. “Floors, bathrooms, kitchens and beds need to shine like the top of the Chrysler Building. If your abode is immaculate, it has a much, much greater chance of not only selling, but selling at a higher price.”

Have your carpets cleaned professionally, strip and polish your floors, scour the kitchen and bathroom floors, polish your furniture, and scrub in places you may not think people are looking, like ceiling fans and the top of your refrigerator.

“Add new, fluffy towels to your bathroom and add a new shower curtain, which goes a long way in making bathrooms look a little fresher,” O’Connor says. “Also, add some clean bedding, which makes a bedroom look new and fresh.”

It’s also important to eliminate clutter, O’Connor says. Shelves, closets, attics and other nooks should be clear of unnecessary items. Since people tend to put a lot of things in small areas, it could make a larger room look smaller to a potential buyer.

And that’s just the inside of the house. A great-looking exterior is just as important.

“Curb appeal is huge,” says Connie Poggensee, a broker with The Rauland Agency, in Walworth, Wis. “Your home has to look great because you’ll get the best price for the market if it’s all cleaned up and looking nice. Those are suggestions that we give people when we first look at their properties.”

There’s an old truism in the real estate world, and it’s stuck around for good reason.

“You don’t get a second chance to make a good first impression,” O’Connor says. “If people don’t like the house from the street, they aren’t going to walk to the front door. So, it’s very important to trim the bushes, trim the trees and clean up any leaves around the house.”

Keeping your front porch tidy is also important. After all, that’s the first place potential buyers will experience your home.

“Make it look fresh by putting on a fresh coat of paint and cleaning the storm door,” O’Connor says. “When the agent is fumbling with the lockbox, buyers are standing there staring at the porch and the surroundings. Make it look very inviting, and make sure you change your front light bulb. If your front porch isn’t maintained, buyers may wonder what else you have that’s not maintained.”

Before you decide to put that unmistakable sale sign in your front yard, it’s very important to learn the value of your home. O’Connor suggests spending some time scoping out the prices of similar properties.

Bob Rauland, owner of The Rauland Agency, likes to provide sellers with a recommendation of where he thinks the house should be priced.

“If it’s not priced right, potential buyers are going to look somewhere else,” Rauland says. “Everyone is going to change something in the house, whether it’s the flooring or the countertops. But, if your home has good bones, and if you have the basics, and your home is priced right, it should sell between 60 and 120 days.”

No matter what type of housing market you’re in, it’s up to you to decide what the asking price will be.

If your house has been on the market for several weeks and you haven’t gotten any bites, O’Connor says to step back and adjust your approach.

“The lack of an offer could be a variety of factors, including the time of year or your competition, so it’s important to review everything with your agent and look over the feedback you’ve gotten on your showings,” she says. “If people are complaining about your purple bedroom, maybe it’s time to change the paint in your purple bedroom. Or, if people are complaining about the house being too small, what they’re really saying is you’re asking too much money for what you’re offering.”

Sometimes, O’Connor may suggest lowering the asking price or making additional improvements to the home. Time is essential, because the longer a home sits without an offer, the less leverage a seller has on a property.

Selling Property on a Lake

Given its location off Geneva Lake, Rauland Agency spends a good amount of time helping clients to buy or sell secondary properties. The best time to put a summer escape on the market is around March or April, says owner Bob Rauland. There’s plenty of greenery during those months, and a beautiful view of the lake doesn’t hurt, either.
If you’re planning to sell in the winter months, Rauland suggests planning ahead and getting photos during the summer.

“The ground is green, the water is blue, and it shows itself off best at that time of year,” he says. “No matter where your home is, the photos will tell a lot.”

The inventory of homes around Lake Geneva is typically low, he adds, but that’s because this is a desirable area. Properties don’t enter the market very often, and when they do, people scurry to scoop them up. So, if a house is on the market for several weeks, Poggensee adds, it’s a good chance the property is priced too high.

“You’ll need to lower the price, because it should move in this market,” she says.

On the other hand, there may be a desire to turn that secondary property into a rental so it can earn some income. Doing so requires careful thought and strategizing. For starters, know that it’s difficult to rent something for less than a month.

“For a homeowner, if you’re not going to use the house over the summer, it’s best to rent it to one person for the season,” says Rauland. “It’ll affect the property less because people won’t be moving in and moving out, people won’t be partying and you won’t get calls from the neighbors at 2 a.m.”

If you’re in the market to sell your home this season, it’s important to be prepared. It’s also important to listen to your Realtor and pay attention to movements in your town’s housing market.

“Some people can’t sleep at night if they feel they’ve left money on the table,” O’Connor says. “Other people may have their eye on another house, and they want their old house sold so they can move on with their lives. Everything just depends on what the seller is comfortable with.”

As more people find themselves working, entertaining, schooling and relaxing ...

The right combination of function, color and accents makes these ...