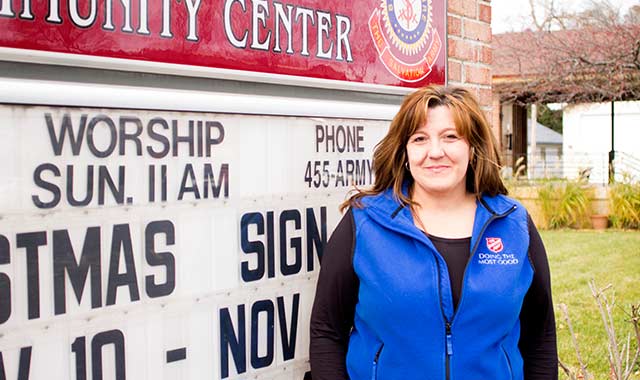 This local landmark can trace its roots to 1837, when Methodist minister John Clark gathered locals around St. Charles. In its infancy, the congregation met in a schoolhouse before building a small stone church in 1842.

In 1908, a new brick and stone church was erected off Fifth Avenue where St. Mark’s Lutheran Church currently sits.

The congregation moved a few blocks northwest in 1954, assuming ownership of a beautiful, imposing limestone structure gifted by Col. Edward J. Baker in honor of his parents, longtime members Edward and Martha Baker. At the time, this $1.25 million donation was the largest gift ever given to the Methodist denomination.

Baker’s gift is now a local landmark in service of its community. The congregation participates in a variety of regional and worldwide outreach programs and service projects including Lazarus House, Salvation Army, Habitat for Humanity and Northern Illinois Food Bank.

Baker Memorial also sponsors a variety of musical performances for the community, including the St. Charles Singers and other touring choirs.

The Rev. Mary Zajac leads a traditional service Sundays at 9 a.m. and a jazz worship service at 10:30 a.m.

Moving into the Future

It was a baptism and a funeral in 1868 that helped launch this congregation. Pastor Henry Schmidt of Dundee performed the services and two years later, when the church became incorporated, he was named the first pastor.

The church moved into its first building in 1877, located at the corner of McHenry Avenue and Church Street. In time, a steeple, sacristy and bell were added on, and a school was erected to the north. The church bell rang each Saturday night, reminding the community to attend church the next morning.

Another sanctuary was built and dedicated in 1895; in 1966, the church was renovated and a basement was added.

The growth of this congregation in the 1990s and 2000s led to a new school and church campus being established about a quarter-mile to the east, with the first services held on site in 2009.

In 2020, as the church celebrates its 150th anniversary, its plan to create a “City on a Hill” includes selling the historic property on McHenry Avenue to a developer building private residences.

The congregation proudly participates in numerous outreach programs, including Operation Christmas Child, an international relief organization that gives shoeboxes of toys, hygiene products and school supplies to needy kids around the world.

The Rev. Larry Tieman leads a traditional service Sundays at 8 a.m. Contemporary services are held Sundays at 9:30 and 11 a.m.