The cozy craft beer hangout on Elgin’s far-west side is gaining fans for its lineup of unique beers and for its new offering: your morning joe.

Alan and Breanne Moreno found themselves fired up in 2013 by a fact-finding tour of 20 breweries in and around Denver.

The husband-and-wife team, born and bred in Elgin, “really liked the vibe and culture” of the Mile High City and eagerly adapted the craft beer concept to their hometown. The result: Plank Road Tap Room, 39W149 Plank Road, a cozy neighborhood bar serving only craft beers.

“My parents (Larry and Roxanne Christiansen) owned and operated a general store for roughly 11 years in the log cabin space that now houses Plank Road Tap Room,” says Breanne. Her father also owns the 7-acre property on which the taproom is situated. It’s been in her family for 100 years.

“Growing up surrounded by the daily operations of a small business, it seemed like a natural step for me to continue into an entrepreneurial role as an adult,” she adds. “After our trip to Colorado and experiencing the craft beer scene in 2013, the pieces all just started to come together.”

In August 2014, the Morenos’ dream of opening a taproom became reality. The focus has always been to provide customers with a premier selection of good-tasting beer.

Taproom staff are required to obtain a Cicerone Certified Beer Server certificate, which covers training on properly serving craft beer, says Alan, who is a Certified Cicerone and has had advanced class training on beer styles, alcohol by volume, color ranges and taste.

One is a collaboration with Crystal Lake Brewing called Too Much Cologne. It’s a German-style Kölsch that provides hybrid qualities of lager and ale beers. The second well-regarded draft is Krombacher Pilsner, from North Rhine-Westphalia, Germany.

“This is our only imported beer, and it’s our version of comfort food,” Alan says.

Inside seating capacity is about 40. During warmer seasons, a covered front porch seats 15. A fire pit and half-acre beer garden are also on the grounds.

The taproom’s limited size rules out in-house food service, but food trucks are welcome Friday through Sunday. Customers additionally are invited to bring their own provisions from home or from local eateries such as nearby Sammy’s Mexican and Maciano’s Pizza & Pastaria. Breanne notes that taproom staffers also may have restaurant menus at the ready.

During the morning hours, the cabin operates as Plank Roast Coffee Bar and serves up Intelligentsia coffee, Kilogram Tea, and doughnuts and muffins from Herb’s bakery every Tuesday through Sunday. Before noon, the place is family friendly; afterward, the venue serves only those 21 years or older. Coffee items, including the Nitro Cold Brew, are served all day.

This past summer, the Morenos teamed up with Intelligentsia Coffee, Solemn Oath Brewery, several staff members and a travel writer to select the ideal coffee to be brewed with a core beer for an upcoming release at Solemn Oath’s Naperville brewery. The beer is tentatively called TBDC.

Plank Road Tap Room and Coffee Bar is open Tuesday through Thursday 7 a.m. to 10 p.m., Friday and Saturday to midnight, and Sunday to 8 p.m. Beer service starts at noon. Because of limited space, no reservations are taken. 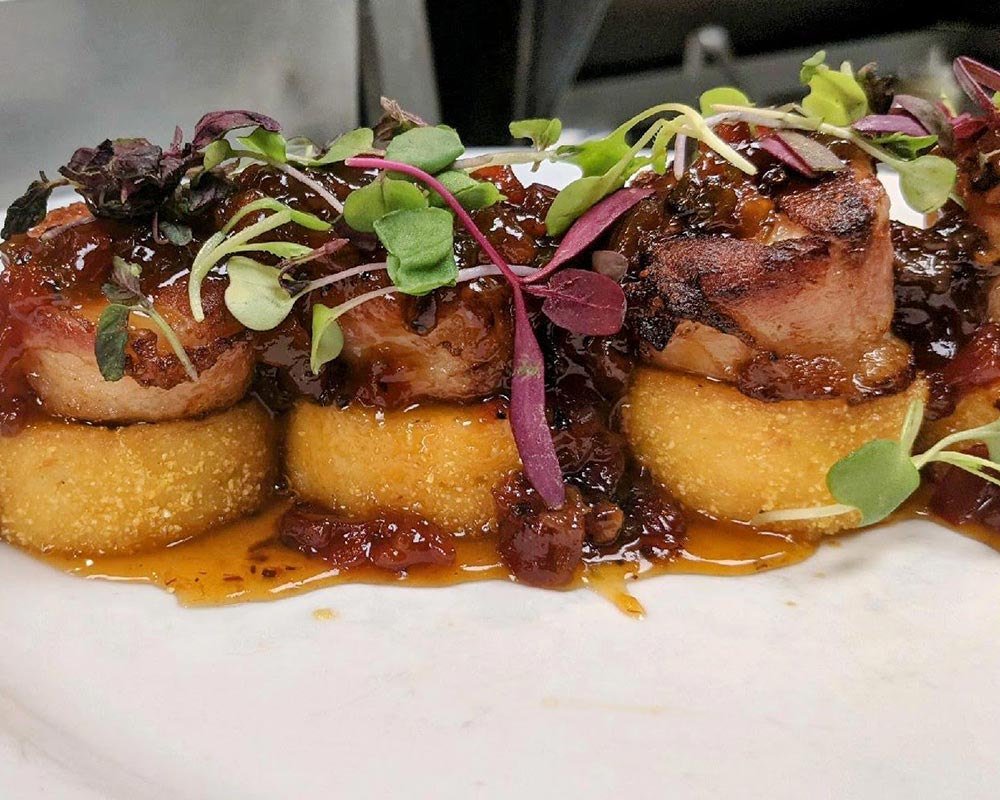