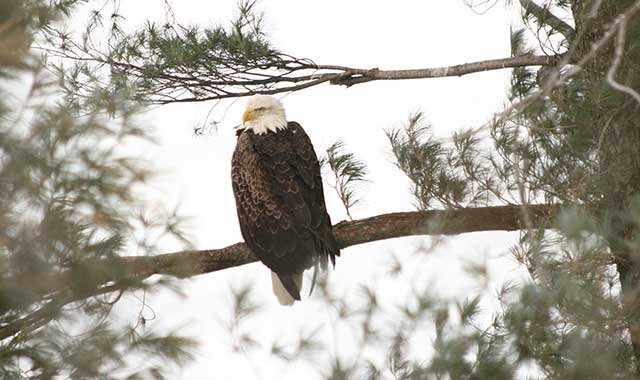 The Bramble Patch boasts the largest collection of Polish pottery in Wisconsin. Meet the mother and daughter team behind this unique business and find out how a sweet condiment got this venture started.

Stroll the streets of New Glarus, Wis., and you can’t help but be awash in the Swiss surroundings. The architecture, the people, the smells of the many restaurants in this small but growing tourist community in southern Wisconsin – they all leave you feeling like you were picked up and plopped back in time when settlers from Glarus, Switzerland, first arrived.

You peek through the large windows of Ruef’s Meat Market to see rows of authentic Swiss-style sausages. You pop into the New Glarus Bakery for bratzeli, pfeffernusse, basli leckerli and Alpen brot. You stop off at the S’Wisco Taphaus for a glass of New Glarus Beer.

And don’t forget to drop in at the Bramble Patch for some … Polish pottery?

That’s right. Smack dab in the middle of all this Swiss-ness is a unique shop that boasts the largest selection of Polish pottery in the state.

“When you first come in the door, you’ll be amazed by the amount of Polish pottery we carry,” says Sheri Weix (pronounced Wikes), who has operated The Bramble Patch with her mother, Carol Allen, in New Glarus since 2002.

There is more to The Bramble Patch than pottery. You’ll also find apparel and accessories, bath products, candles and food, highlighted by the various flavors of Maple Hollow honey and maple syrup, a homemade family tradition that started this whole venture 130 years ago.

It all began in Merrill, Wis., a town of roughly 9,000 people in north-central Wisconsin about three hours from New Glarus.

“The first year my great-grandfather moved there, he found a place about 15 miles out of town in the country and began tapping trees for maple syrup,” Weix says. “That was in 1889 and we’ve been doing it ever since.”

The family business continued for generations, although Weix and her husband, Peter, veered away for awhile when they moved to San Francisco for 15 years. But they returned to the Midwest in 2001 and settled in New Glarus, a town they were familiar with since her family had been delivering their maple syrup there since the 1960s.

At that point, Weix’s mother was 10 years into her own business dubbed The Bramble Patch, and she was traveling open-air markets around the state. That’s when they decided to find a permanent home, and the stationary Bramble Patch was born. It started out in a small mall near the entrance to town, but in 2004, the pair moved into a storefront on First Street in downtown New Glarus.

The new, unique store was founded on the success of the family’s maple syrup business, but it also had to find a niche in a community that was heavily sprinkled with Swiss-style gift shops.

“We couldn’t do the same thing, so we went with Polish pottery,” Weix says.

One would think the idea of Polish pottery stemmed from the family’s heritage, but that’s not necessarily so.

“We don’t really know if our heritage is Polish,” Weix says with a laugh. “We have ancestors who came over from Prussia, Pomerania and Bohemia.”

Through a family friend, they were able to make connections with a factory in the town of Boleslawiec. “At that time, there were only two people in the United States who were importing,” Weix says.

Not only was the pottery unique in its scarcity, but also in its look and practicality.

“There are thousands of patterns, and the artwork is gorgeous,” Weix says. “Even the simple pieces are very pretty. Some pieces are signed by the artist, and there are people who like that because they follow that particular person. You can also mix and match them. And they are made to be used every day. It’s handmade and hand painted, but it’s durable. You can throw it into the microwave and bake with it in the oven. And it can go in the dishwasher. A lot of other places in Europe make pottery that has a glaze that can crack or is not microwave safe.”

With a new home and a unique product, The Bramble Patch took off. While what they sold was important, how it was sold was even more significant.

“The way to make it work is we try really hard to treat our customers really well,” Weix says. “We listen to what they need or want, and we don’t try to oversell things. People are welcome to come in and browse with no pressure.”

And maybe the biggest key to The Bramble Patch’s success: “We actually like our customers,” Weix says. “Our employees like to come to work. I don’t want to overuse the word friendly, but we are friendly. We know this works because we get hugs from our customers on a regular basis.”

That business philosophy proved so effective they started to outgrow their home. That’s why in 2015, they moved into the former Roberts Drug Store building a block away.

“Keeping up with customer demand has been our biggest challenge,” Weix says. “As you grow, you want to keep up with what you’ve done, but there is always more going on. You really have to pay attention to the little details.”

And you have to stay fresh. That’s why The Bramble Patch’s inventory continually grows as well.

“We’re always adding more pottery, with different shapes and looks,” Weix says. “It always looks different when you come in. And we’ve added other things, like New Glarus-specific shirts and jams to go with our maple syrup.”

They have done some remodeling at their current digs, and they’ve even had to expand to the apartments that were upstairs, turning that space into storage and work rooms.

But those are the spoils of success when you take a chance with products like Polish pottery and maple syrup and find a way to successfully make them sell in a Swiss-heavy community.

“Someone gave us advice that we didn’t believe,” Weix says. “They told us that a successful business needs good service, good prices and good products. But you can never do all three. We do all three.”