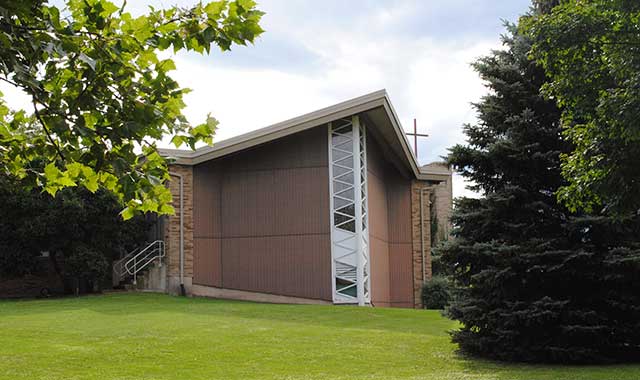 Crystal Lake’s Raue Center for the Arts has a quality lineup of entertainers for the upcoming season. Learn which big-name acts are hitting the stage.

As a centerpiece in downtown Crystal Lake, Raue Center for the Arts sits upon a foundation laid long ago when it debuted as El Tovar in the 1920s. From its status as a movie theater with “talkies” and Vaudeville entertainment to a fully modern venue featuring big-name performers and live musicals, Raue Center is still a destination for quality entertainment.

“Not only are we able to offer big-name comedians and musicians, but also professional theatrical shows and musicals out in Crystal Lake so patrons don’t have to drive into the city,” says Marketing Director Miriam Naponelli. “We’re hiring awesome talent that works locally but also nationally.”

Big-name performers are hand-selected to perform at Raue Center based on audience response and requests. “We’ve been programming a lot of comedians and a lot of music because that’s what our audience has asked for,” Naponelli says.

Coulier bills himself as a clean stand-up comedian and has appeared on “How I Met Your Mother.” He takes Raue’s stage for the second time Aug. 17 at 8 p.m., in a show that runs 90 minutes and is packed with signature character voices and jokes.

“People who are now raising their own families remember watching Coulier on ‘Full House,’” Naponelli says. “Dave is definitely a crowd-pleaser, and you can bring the whole family for a fun night out.”

New to Raue Center is comedian Billy Gardell, appearing Oct. 18 at 8 p.m. The Emmy-nominated actor and comedian bills himself as “delivering down-to-earth comedy that strikes a chord with American audiences,” Naponelli says.

Billy Gardell was a game show host on the “Monopoly Millionaires’ Club” and most recently has been seen as Herschel Sparks in CBS’ “Young Sheldon.”

Next up is Paula Poundstone, a nationally recognized talent whose show was recently rated one of the top five specials on HBO. She’s also a regular on NPR’s “Wait, Wait Don’t Tell Me.” She’s known for “smart, observational humor and spontaneous wit that has become the stuff of legend.”

The following month, see Rita Rudner, the high-pitched, quirky comedian famous for one-liners and the longest-running Vegas standup show. Save the date for Nov. 16 at 8 p.m., as Rudner returns once again to Crystal Lake.
“She’s a crowd favorite,” Naponelli says.

Everyone knows Jane as a character actor from “Glee.” What they may not know is that this talented lady can also sing and swing. The live concert “brings out the funny,” says Naponelli, and features the Tony Guererro Quintet. Prepare yourself for an interactive show.

From Aug. 2 through Sept. 1, WSRep presents the new, family-friendly musical Disney’s “Freaky Friday.” Raue’s professional in-house theater company will be directed by Kent M. Lewis, who’s no stranger to the Raue Center stage. He played Johnny Cash in last year’s staging of “Ring of Fire,” a show which set a new box office record. He promises this show will deliver authentic Disney magic.

“Disney has brought this timeless tale of family friction into the present day in a dynamic new way,” Lewis says. “It’s still the hilarity of mother and daughter literally stepping into each other’s shoes, but now as a musical with songs by the same team that wrote ‘Next to Normal,’ which won Broadway’s Tony for best score.”

Inspired by the Disney films of the same name, this show features a mother/daughter team (played by Catherine Yore and Jordan Nazos) who’ll show audiences their “worst selves” and “best selves” through song and dance.

Lewis loves the Raue stage and thinks audiences will fall in love, too. He’s collaborating on this show with his daughter, C.C. Lewis, who’s the assistant director.

“The insights and ideas she has brought to ‘Freaky Friday’ will engage the audience in familiar and fantastical ways,” Lewis says. “Suffice to say, I’m most excited about the synergy of working as director with my daughter and with the incredible team at the Raue.”

Lewis has performed in every major theater in Chicago and has appeared in national tours including “Billy Elliot” and “Chitty Chitty Bang Bang.” He’s been directing for more than 25 years with theater companies across the country.

“He’s a very talented performer, and I’ve only heard praises about his directing,” says Naponelli. “I’m very excited to experience what he brings to the table as a director.”

Weeks later, WSRep returns with the stage adaptation of “The Addams Family,” a spinoff from the cartoon and long-running horror/comedy television sitcom that began in 1964. The production runs Sept. 27-Oct. 20.

Audience members are sure to ride an emotional rollercoaster through the upside-down world of the Addams Family, where sadness is really happiness and pain is good.

Tip of the Iceberg

In addition to family-friendly musicals, WSRep is planning another inspiring season of its Reading Series, which showcases new scripts and emerging playwrights. Utilizing Raue’s intimate cafe, directors and actors dramatically read through a working script before an audience. The reading series is free to attend, and generally appeals to adult themes.

Hear “Love in Bahia,” directed by Chris Davis and written by Alan Kilpatrick on Sept. 9 at 7 p.m. The play surrounds the lives of two former nurse’s aides who have secrets to hide.

“The Reading Series once selected a script for a staged reading, and then was mounted as a world premiere with Williams Street Rep,” Naponelli says. “It’s a really neat experience that I’ve witnessed both as an audience member and an actor. This year I’ll be directing one of the readings.”

But the Reading Series is just one way Raue Center supports and mentors artists. Its Sage Studio classes are offered three times a year for children 7 to 18 years old. Instructed by working professionals, the offerings include musical theater workshops, monologue workshops and more. Students also have an opportunity to audition for the Panto (short for pantomime) Series, a unique spin on “A Christmas Carol” that includes audience participation.

“We know that there’s a lot of passion for the arts in McHenry County,” Naponelli says.

“We wanted to give our Sage students an opportunity to perform with and learn from people working in the industry.”