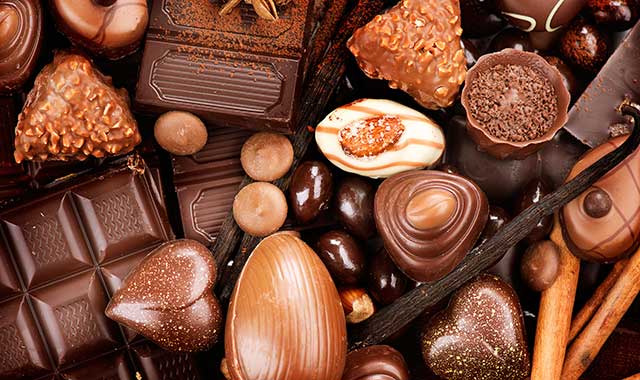 Finding a gluten-free sweet treat that tastes good doesn’t have to be a challenge. Meet a pair of suburban bakers who have set out to make it even easier to maintain a gluten-free lifestyle.

Research indicates there are some 3 million people afflicted with Celiac Disease and 18 million Americans with gluten sensitivity issues.

Pamela Strelcheck, who counts herself among the latter group, has avoided gluten in her diet for nearly a decade. She’s now making it easier for others like her who wish to avoid gluten but still indulge in the occasional sweets. Last April, she launched Rosie’s Gluten Free Sweets so she could provide delectable treats free of wheat, barley and rye.

Strelcheck and her daughter-in-law, baking specialist Asia Karlin, rent commercial kitchen space at The Dream Kitchen, an Elgin-based culinary incubator that offers a designated gluten-free area, thus making it possible to bake with no cross-contamination.

“During product development, we focused on being unique,” says Strelcheck.

“We spent a year toying with feedback to our proposed menu,” says Strelcheck. Fine-tuning included taste and texture testing and the impact, if any, of humidity.

Several nearby coffee houses offer Rosie’s products. Among them are Grounds Coffee Bar and Conscious Cup, both in Crystal Lake; Morkes Chocolates, in Huntley; Cook Street Coffee, in Barrington; Calibre Coffee, in South Barrington; The Blue Box Cafe, in Elgin; and Kim & Patty’s Cafe, in McHenry.

The company name offers a nod to Pamela’s late mother, who also had issues with gluten.

Strelcheck acknowledges the unwavering support from local consumers, an ever-growing customer base and her husband, Dr. Daniel Strelcheck Jr., who heads the family’s chiropractic clinic in Crystal Lake.

There’s a segment of the population who either don’t realize they have a gluten sensitivity or are in denial, Strelcheck says. They avoid gluten for a spell but “cheat” by switching back to gluten products until symptoms recur. Strelcheck says she doesn’t cheat. “I value my health too much.”

This summer the company aims to broaden its exposure with a presence at the Marengo Farmers Market every Saturday from 9 a.m. to 1 p.m.

Meanwhile, Strelcheck stands ready to cater the desserts table at private events such as weddings, birthday parties and graduations, as well as breakfasts and luncheons.

“A lot of my customers are parents of young children who must steer clear of gluten. My heart goes out to them,” Strelcheck says. “When you’re 5 or 6 years old, it’s hard to accept dietary strictures.”

Rosie’s Gluten Free Sweets does not maintain a storefront. To place a personal order or schedule a special event, visit rosiesgfsweets.com or call (815) 353-0746.