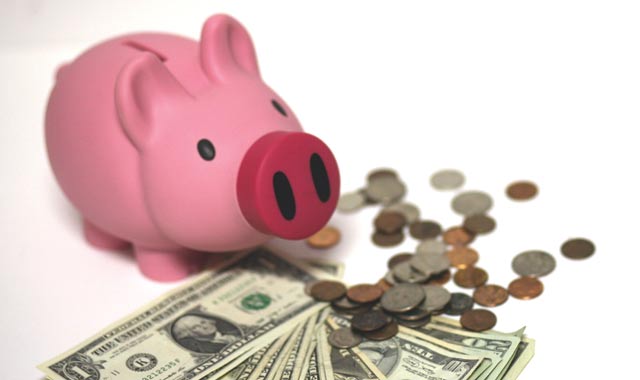 This family-owned firm has spent six decades creating beautiful backyard pools. Find out how the third-generation president continues to push this company in new directions.

On a Thursday in May, Dennis Marunde spends his evening with a scrub brush in hand, cleaning the bathrooms at Arvidson Pools and Spas.

Marunde, who has been with the company since 1990, isn’t a janitor. He’s the third-generation president of Arvidson, which has been family-owned and operated since 1958 and is celebrating its 60th anniversary this year.

The Crystal Lake-based company, which also has stores in Palatine and St. Charles, recently was named one of the top 50 pool builders in the nation by Pool and Spa News. It counts among its clients prestigious athletes and celebrities who spend, on average, $150,000 for a luxury swimming pool lifestyle.

Things have never been better.

So, why is the president cleaning toilets?

“We take turns,” Marunde says simply. “We let our employees know, ‘You do the same work I do.’”

There was a time when focusing on company culture wasn’t a luxury Marunde or his predecessors could afford. The business nearly went bankrupt, and it took Marunde and his family years to build up again what his grandfather had started.

But the hard work paid off, and now Marunde can focus on things other than the bottom line.

“These days, I’m just trying to make sure I’m thinking through how we can be a good place to work,” Marunde says. “Our tagline for the past 15, 20 years has been, ‘Making your life better at home.’ I take that really seriously as president here. I want our employees to feel valued, appreciated and respected at all levels of the company.”

In the late 1910s, at the age of 16, Marunde’s grandfather, Ben Arvidson, emigrated from Sweden with the intention of working on a farm in North Dakota to provide for his family back home.

However, his sister had secured a loan from her employer – a successful owner of a Chicago construction firm – to pay for Arvidson’s steamer ticket to the U.S. There was one condition: he’d have to stay in Chicago to work off his debt.

“By the time he had paid off his debt, he had really impressed the business owner with his workmanship, integrity and hard work ethic,” Marunde says. “The guy made him an offer he couldn’t refuse … and he never got to North Dakota.”

In 1958, he opened Ben Arvidson and Sons Inc. with his son, Don, and son-in-law, Jerry Marunde – Dennis’ father. Together, they built custom homes in McHenry and Lake counties.

Four years later, a customer who was impressed with the Arvidson team that built his home asked for a swimming pool.

“My grandfather said no, that wasn’t their business,” Marunde says. “My dad and uncle circled back and said, ‘Why not?’ They put in a practice pool at my uncle’s house, and by the late 1960s, swimming pools brought in almost as much business as the custom home business.”

Don and Jerry soon found themselves servicing pools, and then spas, after work hours, so they hired people who could specifically handle service calls. Eventually, they started storing chlorine and other products used during those service calls; finally, they began selling pool products outright.

“That was the story of our history until 1990 or so,” Marunde says. “If an opportunity came along and it seemed to make sense, we’d say, ‘Try it. And if it sticks, we’ll keep doing it.’”

For years, Arvidson thrived. But in 1990, the company ran into financial challenges. Marunde, who had recently graduated from Principia College with a business administration degree, started asking questions about receivables, cash flow and other basic facets of business.

“Nobody had a clue,” he says. “My dad and uncle were very good at what they did, but they had no formal education in business management or accounting. They just did what was honorable and thought everyone else was honorable, too, and sometimes people took advantage.”

Marunde earned his MBA and utilized his new small-business knowledge to help salvage his family’s business. To keep the doors from closing, his initial plan was to double business revenues in five years, but the company managed to meet that goal in just three years – 40 percent ahead of schedule.

With the company’s financials on solid ground, Marunde began focusing on building the character of Arvidson.

He hired people who had strong work ethics and the desire to do good. He rewarded them for doing great things – in the workplace and outside of it – and made sure everyone celebrated their achievements together.

He also made sure each of Arvidson’s 49 full-time, permanent employees – plus the 30 or 31 summer part-timers – understood the company’s four-pronged policy.

“‘Simple, fast, right, kind’ drives our culture,” Marunde says. “It’s part of our corporate vernacular. We say many times, if some aspect of our policy is in conflict with making it simple, doing it fast, getting it right or being kind, then figure out how to solve the problem, even if it means potentially breaking our own rules to make it right for the customer. I think that’s what my grandfather meant when he advised me to ‘always protect your good name.’”

Chrissy Viegas admits she was clueless about pools when she and her husband had one built at their Crystal Lake residence in 2005. Since then, Arvidson has taught her everything she knows.

It wasn’t just the free water tests, the summer “pool school” that directed her how to open and close her pool each season, or the reliable product lines that made her a decades-long customer.

“I kept coming back because it was such a friendly atmosphere,” she says. “They knew my name the second time I was in the store. You’re greeted by name most of the time.”

Years after her initial encounter with the company, Viegas received a gift from the Arvidson team that still touches her today.

“When my husband was dying from cancer, I wanted to fill the whole pool in with dirt – I was so over it,” she says. “Unbeknownst to me, they came every day in the summer and took care of my pool. I always had this perfect water and never knew why.

“When you’re losing somebody, the last thing you want to worry about is your water balance,” she adds. “It was a really great thing, and it makes them great people.”

The caring, family-friendly atmosphere Viegas came to love isn’t just for customers. Nadine Nuzzo, a former customer who is now retail division manager for Arvidson, says it’s what drives her to go to work each day.

“I love our company culture here,” she says. “It’s the family environment that resonates throughout the building. No one says a derisive word. Overall, everyone is very community oriented.”

Because Arvidson is known as such a pleasant place to work, family lineages have been employed there. Nuzzo has hired multiple sets of siblings who clamor for jobs as soon as they’re old enough to work – including three of Viegas’ four children. And Nuzzo can’t get enough of it.

“I love that we’re teaching the younger staff that lesson of doing your best and being rewarded when you do work hard,” she says.

One reward the company has received time and again is customer longevity. Shirley Anderson, for example, has been with Arvidson since 1989, when the company installed an 18- by 36-foot in-ground pool, five-person indoor spa and 2,200-square-foot patio deck at her Crystal Lake residence.

“It still looks great, which speaks to the quality of workmanship,” Anderson says.

“Under the leadership and vision of Dennis, the staff and additional staff that is hired become a part of a culture and vision focusing on customer needs,” she says.

After 60 years of family history, Marunde is proud of where things stand.

“If we do the right things and do them well, I don’t have to be afraid of the rest of it,” he says. “Everything takes care of itself after that.”