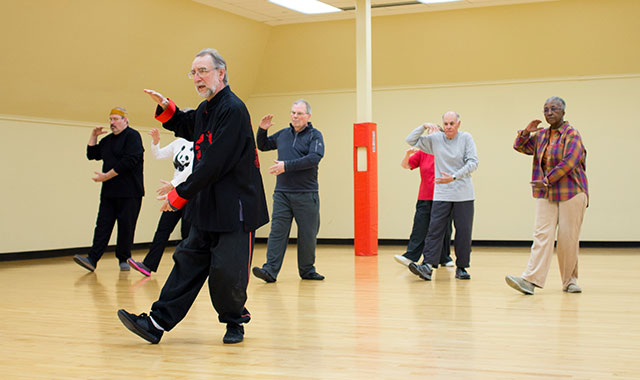 As in so many areas of life, a sea of changes is slowly transforming this most traditional of games. We caught up with some of the area’s top golf pros to see how new technologies and audiences are shaping our local courses, and how they’re adapting with the times.

As our thoughts turn to spring, they also turn toward warm weather, flowers blooming and, of course, getting back on that golf course.

Whether we play socially or we’re playing to win, golf can bring excitement, anger, sadness and joy.

This most traditional of games is now experiencing a sea of changes, as new generations arrive on the course and technological innovations provide new advantages to the savvy player. Visit the links this spring, and you may very likely spy far more of the “millennial” crowd (younger professionals), phone apps to help your game, GPS tracking devices and plenty of other sophisticated new equipment.

We asked some of the area’s golf professionals about some of the trends they’re seeing on their courses, and how it might impact your game.

Visit a public golf course today, and you’ll notice a real diversity of people teeing off. The typical set – retirees, business professionals – are now being joined by younger professionals, their families and many casual players. This isn’t your old-school country club environment.

“Golf had the reputation, for a long time, of being a little bit elitist, but over the past two decades more players are playing at public facilities,” says Ron Skubisz, a golf pro and head PGA professional at Pottawatomie Golf Course in St. Charles. “That means a wider spectrum of people are playing golf, which is a great thing.”

Younger PGA professionals, advancements in equipment and an uptick in junior golf programs have made the game more interesting – and accessible – to a larger crowd, Skubisz says. And it’s becoming more family-friendly, as well.

“There isn’t one thing in particular, but there are a lot of things in the mix that contribute to this trend,” Skubisz says. “Golf is a great family activity, and these days, it’s not unusual to have grandpa or grandma play with the grandkids.”

Trend: Engaging the Next Generation

Sam Stoddard, general manager of Woodbine Bend Golf Course, in Stockton, is doing what he can to encourage children to step onto the course. Woodbine’s junior clinics and junior league provide a suitable starting point for kids of all ages.

“We’re always trying to encourage a younger crowd,” Stoddard says. “It’s the future of the industry, and it’s the future of our nation to teach these kids about golf and the lessons it teaches.”

Not only are kids enjoying golf, but they’re also learning life skills, experiencing lessons on integrity, honesty, etiquette and manners.

“Golf is pretty much the only game where you have to call a penalty on yourself,” Stoddard says. “If you screw up, you have to take responsibility for your actions. I have to say I lost a ball and I’m giving myself an extra stroke, and move on.”

“The driver is the big one everyone strives to improve, and companies like Callaway, Ping and Taylor Made are on the leading edge,” he says. “They try to make the sweet spot as large as possible. They want that sweet spot over the entire club face.”

Brotchie also finds golfers want more information instantly at their fingertips, as they try to gauge the distance to the hole, personal performance, and their standings against competitors. Several real-time scoring apps can serve these functions straight from your phone.

“Anything that can increase the level of fun, I believe, helps to grow the game of golf,” Brotchie says.

So long as robots aren’t hitting his golf shots for him, the golf pro believes the latest trends in technology won’t cross the line.

“As long as people are still playing and using technology for knowledge, that’s fine – just so long as you’re the person still hitting the shot,” he says.

Gone are the days of the leisurely afternoon spent on the links. Reagan Davis, golf pro at Eagle Ridge Resort & Spa, in Galena, is seeing courses around the country working to speed up the game, catering to younger professionals’ busy schedules.

Courses are going along with this trend by emphasizing their nine-hole rates, says Davis, and Eagle Ridge is doing what it can to help. The resort maintains three 18-hole courses and one nine-hole, par-34 layout.

At the same time, some courses are starting to charge by the hole. Eagle Ridge doesn’t have this option yet, but Davis says it could happen in the future.

“If someone comes in and says they only have time to play four holes, the course could charge them for those holes, and they’d be able to play about an hour of golf,” Davis says. “I’ve played at courses all over the country, and that’s a trend I saw out west. We have to do what we can to make sure the pace of play is right and the prices are right.”

Back in the 1990s and early 2000s, golf became a fad with an influx of golfers and new courses, but once the excitement wore off and the recession hit, things slowed down.

“A lot of people are playing less golf, and that’s a national trend,” says Duncan Geddes, director of golf operations for Aldeen Golf Club, in Rockford. “The overdevelopment in the ’90s has caused a supply-and-demand problem because there’s not enough business.”

This summer, Aldeen’s clubhouse welcomes a new addition meant to bring a new revenue stream and a broader supply of visitors, not all of whom will come for the game.

The Rockford Bank & Trust Pavilion, Aldeen’s new, $3 million, 9,000-square-foot banquet facility, is slated to open in June. It can host weddings and social groups of about 250 people and includes a full kitchen and event bar, large stone fireplace, oversized windows and an outdoor pergola.

“We wanted to take advantage of what we have, which is a beautiful view and a beautiful course,” says Geddes. “People can enjoy themselves in more ways than just playing golf.”

The Rockford Park District, which manages Aldeen, is using a variety of funding streams for the project, including donations, a naming rights agreement, and a continued partnership with Giovanni’s Restaurant & Convention Center, which maintains an eatery inside the Aldeen
clubhouse.

Golf carts at PrairieView Golf Club, in Byron, are equipped with Visage GPS units that can serve as a big enhancement to a player’s round. These units can keep score and tell players their distance from the hole.

“It’s a small computer screen that mounts on top of the cart, and it has a touch screen,” says Andy Gramer, head golf professional. “We definitely lead other courses in the area with our technology.”

“We’re trying to keep up our high standards, and it’s an enhancement that we figure will increase our golfers’ enjoyment out here,” he says. “We were ready for new carts and we decided to try this avenue. We’ve gotten a great response.”

“Reports show that a majority of the younger demographic would prefer to visit an entertainment-based driving range like Top Golf, over heading to an actual course,” Kunash says. “Our goal is to be able to cater to both the golf traditionalist and the population that is seeking new and exciting, maybe non-traditional, aspects of golf.”

Grand Geneva is keeping things interesting with a hole-in-one program at the resort’s The Brute and The Highlands courses. Guests are entered into a pool for a chance to win $2,500 if they get a hole-in-one on The Brute’s No. 16 hole or the Highlands’ No. 4 hole.

For those who don’t make a hole-in-one, Kunash encourages families staying at the resort to hit the links together.

“Family outings are the main reason younger players start to get involved and continue to stick with it, as they might be more motivated to play with their friends and family,” he says.

There was a time when the heads of golf clubs were relatively small, with pinpoint “sweet spots.” But in recent decades, design improvements are delivering clubs with larger faces and greater aerodynamics that allow for straighter and more consistent shots.

Putters, too, have undergone a makeover, with the same goal in mind. Many of today’s putters have a high moment of inertia, meaning the club is more stable and creates a straighter putt.

“Club manufacturers are trying to increase the moment of inertia, which creates forgiveness on the putter,” says Brotchie, of Geneva National. “Additionally, they’re trying to get the ball rolling end-over-end immediately.”

Trend: Get Back to the Basics

Each year, people spend hundreds of dollars on the latest equipment and technology to improve their golf game.

Brian Camp, owner of Beaver Creek Golf Course, in Capron, believes it’s not technology but golf lessons that will truly enhance your game.

“I don’t know that technology and the latest equipment will give anyone a true advantage,” Camp says. “The only thing that gives you a true advantage in golf is more practice. If you have someone spending 70 percent of his practice time chipping and putting, he’ll be the one
improving, and that’s where the competitive advantage comes in.”

Instead of spending money on new technology, an investment in golf lessons can help someone’s game, in the long run, by honing those fundamental skills.

“Once you spend money on lessons and you’re able to develop a good golf swing, you’ll be able to utilize the new equipment the way it was intended in the first place,” Camp says.