Ever evolving are the techniques and tools that talented medical professionals use when treating patients – and that now includes a radiation-free procedure that can correct irregular heartbeats.

When Donna Stout’s heart began to “race out of control,” she assumed it was due to anxiety. She always feels particularly anxious when riding in a car, and, at age 59, she figured she was too young to be having heart complications.

However, a year prior, Stout had seen a doctor for angina – chest pain caused by reduced blood flow to the heart. Now at her annual checkup, she thought it would be a good idea to mention her anxiety, and how her heart sometimes felt like it was “racing out of control.”

“It would sometimes feel like someone was sitting on my chest,” Stout says. “I realized it was a different feeling than anxiety. I started to get scared because I come from a family with bad heart history.”

Stout was sent home with a special device to monitor her heart and, within a couple of hours, received a call to head immediately to the hospital.

“That very night, my heart started beating out of control again, and they told me to rush to the emergency room,” Stout says. “But by the time they called, the out-of-control feeling was already over. So, I put it out of my mind.”

Three days later, her heart “acted up” again. Then a third time the following morning.

Finally, Stout admitted she needed to return to the emergency room.

“I admit, I’m not always the best patient, but I was scared and went into the hospital after it started beating out of control a third time,” she says.

Stout stayed in the hospital for three days while doctors monitored her heart and learned she had atrial fibrillation (AFib) that was causing blood to coagulate inside her heart.

According to the American Heart Association, at least 2.7 million Americans are living with AFib, which means they have a quivering or irregular heartbeat (arrhythmia). If left untreated, AFib can lead to blood clots, stroke, heart failure and other heart-related complications.

Stout was discharged from the hospital and placed on medications. At her 30-day checkup, she was referred to Dr. Mansour Razminia, the director of cardiac electrophysiology at Presence Saint Joseph Hospital, in Elgin.

“They told me Dr. Razminia could do a procedure to fix the arrhythmia, and I was all for it,” Stout says. “In addition to my heart issues, I also have diabetes, thyroid disease – which I’ve had since I was 15 – high blood pressure and cholesterol problems. It all runs in my family. So, it was thrilling to know that something in my life could be fixed.”

Razminia is an expert at correcting cardiac arrhythmias by doing catheter ablation procedures.

“I tell my patients it’s as if I have a metal detector, and there’s metal somewhere in their heart, and there’s a beep when I find it,” Razminia says. “Then I can ablate the area. This is done in an outpatient procedure and after about four hours they can go home.”

Stout recalls her first meeting with Razminia. He talked her through the procedure and even drew a heart to help her visualize each step.

“And it was in great detail,” Stout says. “It’s quite interesting how he can find the exact spot that’s out of control. He told me the procedure usually works the first time, but if not, he could go in again and usually that takes care of it. So I said, ‘Let’s go for it.’”

Within two weeks of meeting Razminia, Stout underwent her catheter ablation procedure on Aug. 30, 2017. Besides two small holes in her groin area, which healed within a couple of days, Stout felt no side effects after the procedure. And, her heart rhythm has been normal ever since.

According to Razminia, catheter ablations have been done for more than 30 years. Historically, physicians would need to use X-rays to see the catheter inside the heart. Since the procedure could last several hours, that meant patients potentially had up to a few hours of radiation exposure.

Razminia says 20 minutes of radiation is comparable to having more than 160 chest X-rays.

“That increases the risk of cancer,” he adds. “With about 60 minutes of radiation, you may have one additional chance in every 300 people of getting cancer. And unfortunately, that risk remains with that patient for the rest of their life.

“Radiation exposure may also result in chromosomal abnormalities, which a patient may give to their offspring,” Razminia continues. “Not only that, but the physicians and lab staff are also exposed to radiation and have to wear lead aid that’s about 15 to 20 pounds – for their protection. So, the staff starts having back pain and knee pain because of these procedures.”

Following his desire for a better way to conduct catheter ablations, Razminia has become the first person in the nation to perform every one of his catheter ablation procedures without using radiation. He started doing radiation-free catheter ablations in 2010 and has now performed these procedures on more than 1,500 consecutive patients. He even travels to universities and hospitals throughout the world to give presentations to other physicians.

Razminia uses the EnSite (ESI) system, a catheter navigation and mapping system, as well as intracardiac ultrasound to conduct radiation-free catheter ablations. He takes catheters that have platinum on the tip and inserts them through the groin to reach the heart. From there, he can freeze or burn (ablate) the area where there is a rhythm abnormality.

When Stout discovered her procedure would be radiation-free, she was all in on correcting her arrhythmia.

“I was ecstatic about it being radiation-free,” she says. “That completely won me over. That, and knowing that I could potentially have a stroke if blood wasn’t leaving my heart like it’s supposed to.”

The successful procedure has greatly impacted Stout’s life. She’s become much more active since her arrhythmia was corrected. She enjoys camping, sightseeing and strolling through outdoor markets with her husband, Don.

“Before, I was out of breath really quickly, and now it’s not as bad,” Stout says. “I’m not a big exercise person, but you don’t want to be out of breath from just walking around. The procedure is definitely worth it. It’s a blessing to have so much more energy.”

She adds that anyone hesitant about the procedure should speak to Razminia directly.

“To sit down with me like he did and do a drawing… I teased him that he needed to sign it so I could hang it up at home,” Stout says. “Not many doctors take that time – they just explain quickly and ask if you want to do it – but he was very good at taking his time to explain everything.” 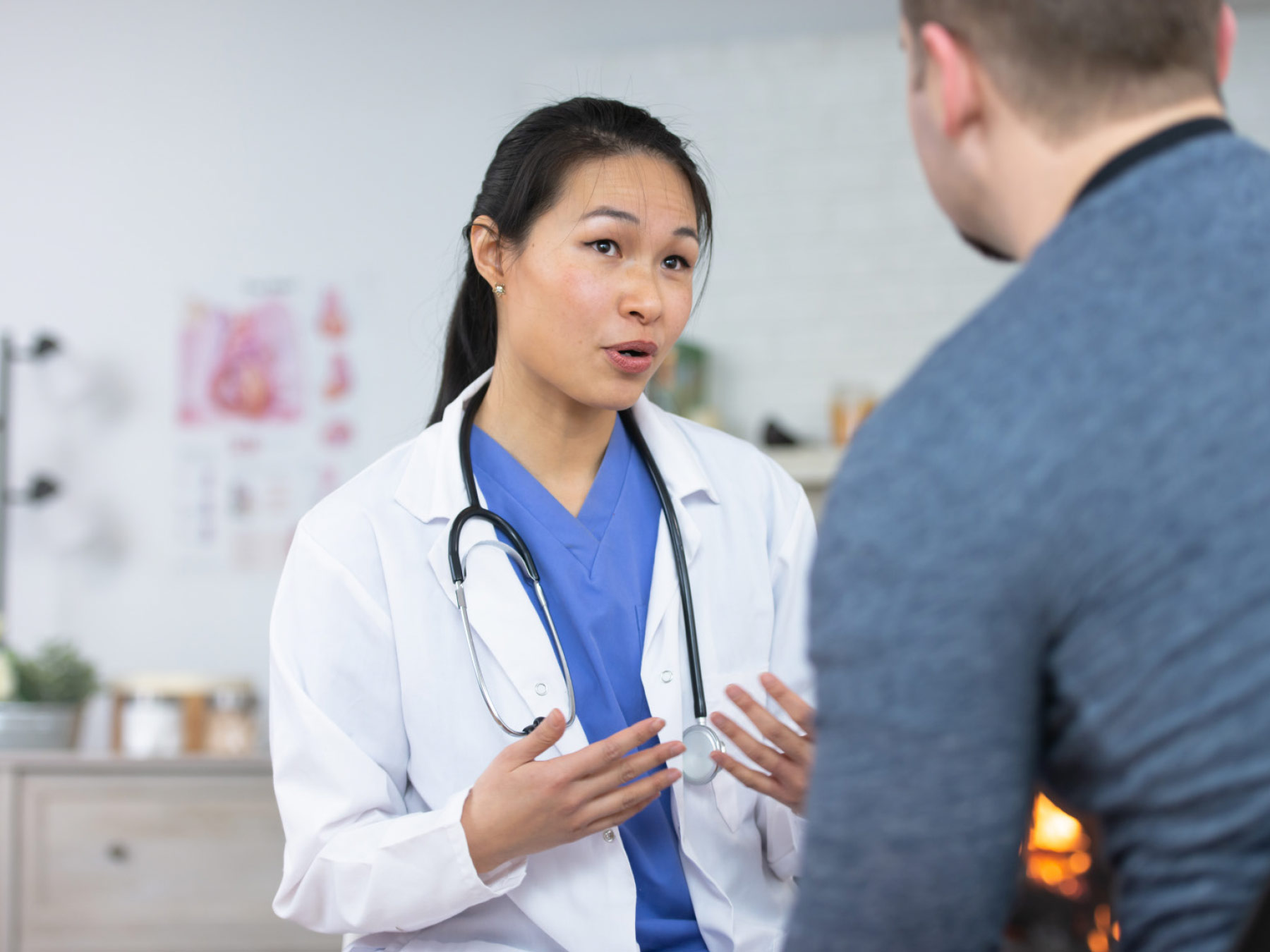