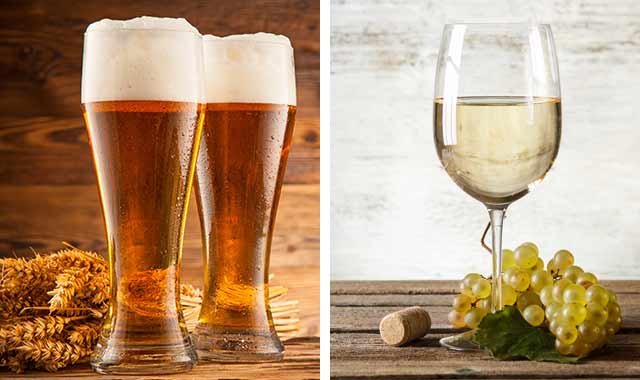 A Checklist of Regional Craft Beer and Wine

Mix a popular Algonquin restaurant with the classic Wisconsin supper club experience and you get a unique, trendy new spot in Crystal Lake.

During its 13 years in business, Algonquin-based Montarra Grill, 1491 S. Randall Road, has won the allegiance of diners for its creative take on contemporary American cuisine.

Executive Chef-owner David Perlick has created a menu that meets – and often exceeds – the expectations of its clientele.

Now Perlick and his business partners are attempting to transfer some of the culinary magic to M Supper Club, a new restaurant they opened in mid-May at 394 W. Virginia St., in Crystal Lake.

“We were poised for growth a year ago and looking for a way to move in a new direction,” says Perlick.

As its name indicates, M Supper Club takes inspiration from the classic supper club, a concept that is, in many ways, a Wisconsin phenomenon. That state is home to about 400 such restaurants, but the ranks are shrinking as operators retire and the industry evolves.

“I think we will see a resurgence of supper clubs,” Perlick says.

At M Supper Club, the strategy for success is to create a classic dish and add a modern touch.

Diners may also choose a daily special. One night it might be shepherd’s pie with a creme fraiche potato gratin. On Thursday a two-pound turkey leg confit takes the limelight, followed by fish Friday and prime rib Saturday.

M Supper Club has a standing food challenge, and it’s not for the faint-hearted. Eat a four-pound, center-cut bone-in rib-eye and the $179 meal is free. Then again, the “old 96er,” as it’s called, is also available as a family-style meal to share, with no challenge.

In keeping with the supper club theme, diners start their meal with an ever-changing relish tray stocked with the likes of pickled beets, carrots, olives and a house-made pimento cheese dip. There’s also fresh bread from a local supplier.

The bar carries six beers on tap with about 30 to 40 artisanal beers in bottles and cans. Most wines in the 30-bottle wine cellar can be had for $40 and under.

For a blast from the past, customers can order a Brandy Alexander, Grasshopper, Pink Squirrels or other favorite cocktails mixed like “boozy shakes,” rather than a drink on the rocks. Live entertainment enlivens the place on Fridays starting at 8 p.m.

Reservations are accepted, and there’s semi-private seating for about 165, with 40 additional seats on a seasonal patio.

Prior to M Supper Club’s debut, the interior underwent some cosmetic changes: 2,000 square feet of reclaimed Illinois barn wood were incorporated into the decor and a stone waterfall was installed, separating the bar and dining room.

Vintage photos from Crystal Lake and environs during the 1800s were inlaid in the bar.

M Supper Club is open Tuesday through Sunday from 4 p.m until closing, as is Montarra Grill, which is still going strong.