Rid the word “boring” from your vocabulary. We’ve picked out more than a dozen quintessential hometown festivals that are sure to fill up your summer schedule with food, music and a little magic.

We Midwesterners sure know how to make the most of our summer season, which never seems to last as long as we’d like. Here in the northwest Chicago suburbs, you’ll spy someone hosting a street festival nearly every weekend while the weather’s nice. From the simple food-and-music happening to the one-of-a-kind event, this region’s festivals say a lot about the unique character and cultures of our hometowns.

Seeing as this summer’s schedule is jam-packed, we cooked up a list of some of the most meaningful, mouthwatering and downright magical festivals happening this summer. Will you rise to the occasion? 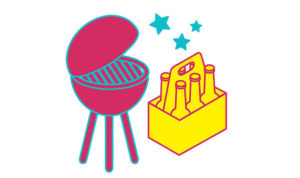 Food is a staple at most every festival, but a few events put their food and drinks front-and-center.

The Tri-City Craft Brew Festival returns to St. Charles this summer with more than 40 craft breweries serving more than 80 beers and hard ciders. Many of those breweries are local destinations you’ll recognize, including Crystal Lake Brewing, Penrose, Wild Onion and Two Brothers.

Many of those same names return to the Barrington Brew Fest on July 8, where they’ll be joined by the likes of Scorched Earth, Village Vintner, Side Lot and larger names like Guinness, Leinenkugel’s and Samuel Adams. Nearly 50 breweries will be on hand at the festival, which runs from 3-7 p.m. in downtown Barrington, near the Metra station. The ticketed event provides 20 three-ounce drink samples, with the option of buying more. Local food vendors will also be on hand.

In Lake County, the drinks keep flowing this summer. Lake Villa’s Craft Beer Festival returns July 15 from 2-6 p.m. at the Lehmann Mansion, with more than 30 breweries and food vendors, plus tickets uniquely created for designated drivers to have a good time. Highwood celebrates quality mixed drinks on July 30 with its seventh annual Bloody Mary Fest, a tribute to the mixture of vodka and tomato juice. Look for a gourmet market, food and drinks, and a mixology contest.

The city of McHenry celebrates all things barbecue Aug. 18-20 with its Blues, Brews & BBQ event at Petersen Park. Of course, visitors will find a solid lineup of live entertainment, with plenty of delicious food and drinks, but they’ll also find a KCBS-sanctioned cook-off on Sunday, with $5,000 in prizes. 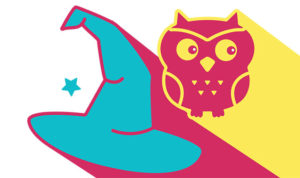 Get Your Wizard On

This year marks the 20th anniversary of the first publishing of “Harry Potter and the Philosopher’s Stone,” and fans of J.K. Rowling’s wizarding world are making the most of the occasion.

City of Lumos, a July 30 tribute in Aurora, has been sold out for months. Antioch’s Wizards Weekend June 17-18 drew such a large crowd that a reprisal is scheduled for 2018.

Now, it’s time for Woodstock and its Historic Square to become Diagon Alley for an evening. Visit the Square July 27, from 4-9 p.m., for a magical gathering.

“The library is working with the Chamber, the City and local businesses to put on an event that’s family-friendly,” says event organizer Mary Ryan, head of youth services for Woodstock Public Library. “Lots of businesses on the Square will be representing places from the Harry Potter world.”

Stop by Mixin Mingle (er, The Owlery) to learn about owls with McHenry County Conservation District. Home State Bank will become Gringotts bank, and kids are invited to “open their vault” at the former Post Office boxes inside.

Ethereal Chocolates plans to serve chocolate frogs, butterbeer and other sweet treats, while Thoughtfulness Shop and Read Between the Lynes bookstore join in the fun.

Both kids and adults can join in the costume contest, and families are sure to enjoy kid-friendly crafts, live performers and a potential appearance by Loyola University’s Quidditch team.

Join Dumbledore’s Army and you can lend a hand with setup, tear-down and everything between.

“Woodstock is a great town for this kind of thing,” says Ryan. “The businesses that have offered to help are all in, and they’re really surprising me. Our community is friendly, and people like to have fun – and you see that in all of the many events we host on the Square.”

The locals think of it as a big block party – a chance to enjoy good food, sample new wines and admire fanciful artwork – all in a relaxed outdoor setting.

Three times this summer, culinary businesses around East Dundee’s downtown Depot are sponsoring this popular event, which draws about 700 to 800 people each month. Held June 14, July 12 and Aug. 9, Wine Down runs from 6 to 9 p.m.

Started four years ago as a way of celebrating the village’s growing culinary scene, Wine Down Wednesday began with servings of wine and small-plate dishes. This year, expect to see six food vendors, wine and craft beer samplings, and several local artists, some of whom have interactive displays.

“We saw, first and foremost, that this event is a tremendous draw to the community, and it can increase foot traffic to what we think is a growing culinary district,” she says.

The Anvil Club, a private dining club located across the street from the Depot, will once again serve up its famous sliders. In years past, the club has presented choices including prime rib, salmon and chicken parmesan.

“Because we’re a private dining club, people want to come in, take a tour of our beautifully renovated club, pick up a pamphlet about membership and see what we’re all about,” says General Manager Joe Robinson. The club also plans to host a fourth, unofficial “wine down” on Sept. 16, during West Dundee’s Heritage Fest.

The Arts on Display

Talented artists from around the country are converging on northwest Chicago this summer. Festivals in St. Charles and Barrington have already passed, but there are many opportunities left to discover quality fine art.

First up is Geneva Arts Fair, July 22-23. Set in downtown Geneva along Third Street, the juried fair draws about 25,000 visitors and about 155 artisans each year. These works of fine art run the gamut, from pottery and sculpture to paintings, jewelry and photography.

“There are price points for all budgets,” says Laura Rush, marketing director for the Geneva Chamber of Commerce, the event organizer. “You can spend thousands or you can spend $50 on fine art.”

Just upriver, downtown Elgin shows off its artistic flair Aug. 5-6 with Art & Soul on the Fox, an event that’s been running in various forms for nearly 60 years.

This year, the main action happens along Riverside Drive, right on the banks of the Fox River. The juried show draws an estimated 80 artists from the Midwest and Chicago. Look for a kids’ zone, a collection of food trucks, mainstage entertainment on DuPage Court, and an ad-hoc display one block away at Artspace Lofts – a creative place where visual and performing artists live and work.

“There’s going to be something here for everybody, and I think it’s a good reason to come downtown,” says Karen Castillo, event organizer and president of Art for All Elgin, the festival’s primary sponsor.

One of Chicago’s only hot air balloon festivals is returning bigger and better in its second year.

Mayor Michael P. Kelly, event founder and organizer, says he expects to see nearly 60,000 visitors this Sept. 1-3. The fun starts on Friday night around 4 p.m. with a mass ascension of balloons, all departing from Harvard’s Milky Way Park. Expect to catch four more launches during the weekend, all scheduled around sunrise and sunset.

“The reason they operate at these times is because the sun heats up the air and that creates wind currents that affect the balloon,” explains Kelly.

So long as skies are clear and wind is minimal, balloons will launch. The public is invited to take a tethered ride, in which the balloon rises about three or four stories high before returning to earth. A handicap-accessible basket will be available.

Balloons aren’t the only spectacle here. Visitors can catch 16 live bands on two stages, 15 inflatable games, 30 food vendors, a 5K/10K run timed with a balloon ascension, and at least four “extreme rides” including something akin to television’s “Most Extreme Elimination Challenge.” Overnight camping is available, too.

Kelly suggests planning ahead, as parking fills quickly just before balloon ascensions. Free shuttles will ferry visitors to the festival from several remote parking areas – including the Metra platform downtown.

What started as a companion to Arlington International Racecourse’s Arlington Millions race has become not only a beloved festival in its own right, but a fun lead-in to race day.

Festivities begin with Mane Event on Friday, Aug. 4, from 5 p.m. to 11 p.m., and continue with the Taste of Arlington Heights on Saturday, from noon to 11 p.m. Over the weekend, more than 20,000 people flock to Campbell Street and Vail Avenue downtown for two days of family-friendly live entertainment, a business expo, food, drinks and kids’ activities.

Look for more than 90 local businesses at the business expo, and more than 20 restaurants selling food and beverages. There’s no admission charge either day.

Both Mane Event and the Taste kick off Millions Week at Arlington Park and its race, scheduled for Aug. 12. Events are planned at the racetrack during the week leading up to the big race.