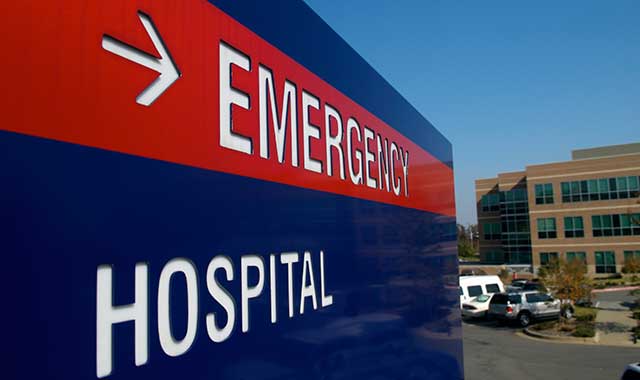 When opportunity arose, this brave band of marketers jumped. Meet this team of creative types and discover how they’ve built success over the past 15 years by leaping into uncharted territory.

Sometimes you can’t hesitate. You just have to make a move, even if it’s scary.

“We proposed, ‘If you’re going to outsource, how about we start a company and you outsource to us?’” recalls Smit.

It made sense. Smit, Vaske and the staff already understood the highly technical products. Less than eight weeks after the plan was approved, in June 2001, they had set up M45 Marketing Services.

“M45” is the scientific name for the Pleiades constellation, the brightest star cluster seen from earth without a telescope. “Stellar ideas – down-to-earth solutions” would become their tagline.

It was a leap into uncharted space for the two executives.

“We were familiar with how the HR, IT, Legal and other departments worked, but we’d never had to oversee those functions at Honeywell, so we had a steep learning curve,” recalls Vaske.

“It was the kind of thing where you ask yourself, ‘Will I regret it if I don’t try to do this?’” says Smit. “For me, the answer is that I would have.”

The duo brought 12 people with them from Honeywell. Today, M45 employs 22 full- and part-time employees.

“We started with one large client – Honeywell – and devoted ourselves to making sure they were absolutely delighted with our work,” recalls Smit.

As it turned out, GE didn’t acquire Honeywell, much to the chagrin of GE’s then-CEO Jack Welch. The European Union nixed his grand plan. But the outsourcing plan went forward anyway. Fifteen years later, the M45 staff still works closely with Honeywell contacts to understand technical products that not only need to be promoted, but explained.

“First, you get potential clients interested in the product, but then, once they have the product, you have to show them how to order it and teach them how to use it,” Smit explains. “That’s all part of communication work. It involves a lot of website development, content creation, databases, technical specs, searchable catalogs, printed products like promotional brochures and sales materials, and sales contest materials.”

And not just in English, either. M45 works with people around the globe. “We have teleconferences at some pretty strange hours for us or others on the call,” says Vaske.

In its first year, M45 worked out of one of the Honeywell buildings in Freeport.

“After the first year, we realized that if we were going to take on other clients, we needed our own location,” says Vaske. M45 moved to its present location, a handsome older building at 524 W. Stephenson St. in 2002.

At about the same time, the director of marketing left at FHN, then known as Freeport Health Network.

“I knew FHN’s then-CEO Dennis Hamilton through community work we’d done together,” Smit recalls. “It was a moment of good fortune for us and for FHN.” She began working with FHN marketing as well as working with FHN executives on a longer-term plan that eventually brought all of the marketing work into M45 a year later.

The arrangement has been mutually beneficial.

“We have a large staff that can pull off complex special events, like the FHN Festival of Trees, which involves multiple community events and many related pieces, including a major gala,” Smit explains. “We can dedicate 10 people at once to pulling off something people-intensive like a gala, which gives a client like FHN more flexibility than they would have with a small, in-house marketing department.”

By 2007, Smit and Vaske had purchased two marketing companies from Bloomington, Ill., and folded them into M45.

“They had good people and good clients, including some who knew us from our work for GE and Honeywell,” says Vaske. Things were rolling along nicely – until the 2008 recession struck.

“We survived the recession without losing clients or employees, and we’re proud of that,” says Vaske. “But it was challenging. We found ways to reduce costs.”

During that time, M45 volunteered to coordinate local marketing for the TV show “Extreme Makeover: Home Edition.” The Stott family home in Lena, Ill., was renovated during the 2009 season.

“This was a good experience for our staff,” says Smit. “We dealt with the national press and big sponsors, got various pieces of the project – like cement – locally donated, built a website in a weekend, organized photographers for each particular day and dealt with the TV stars, who required very secure communications. It was a very exciting time for the whole community and it kept our employees busy and learning new skills during a slow period of the economy.”

In 2011, M45 purchased Omnia Marketing and Design in Rockford.

“Again, these were good people with good clients,” says Vaske. Among them was Dixon, Ill.-based Raynor Door, with dozens of individual dealers.

During the past 15 years, the M45 active client list has grown to include Midwest Orthopaedics at Rush in Chicago; UniCarriers Forklift in Marengo, Ill.; Ronk Electrical, out of Nokomis, Ill.; Forster Products, a reloading and gunsmithing tools company based in Lanark, Ill.; and Adkins Energy, an ethanol and biodiesel plant in Lena, Ill.

“We’re working with 12 or 13 clients at any one moment, and, most are not located in Freeport. They’re in cities across the world,” says Smit. “The internet makes this possible.”

Smit and Vaske credit their team of “bright stars” for making M45 so successful.

“We’ve been fortunate to have wonderful people with us,” says Vaske. “And our turnover rate is very low.”

The owners cherish the “work hard, play hard” culture they’ve cultivated and the ability to know each employee individually.

“We like it that we can still take the whole staff to lunch,” says Smit. “We also go on outings four times a year, together, to places like Anderson Japanese Gardens or client locations.”

The staff also takes time for office hijinks, like the “truly hideous” white elephant gift exchange and a competition to find the most creative Peeps displays.

“We have interesting people working here,” muses Smit. “One of our graphic designers is a champion weightlifter who can bench press 556 pounds. One of our technical writers was in the U.S. Navy and makes beautiful jewelry. One of our primary client managers is a librarian, by training, with a history degree. These are people who can be flexible, wear lots of hats and thrive on learning new things.

“I love this work because it’s never boring, and I think our employees do, too,” Smit adds. “On any given day, you may be writing a press release, putting together a newsletter, building a client website, writing a technical manual, organizing an event, or helping a client to come up with a solution for getting in front of a certain group of people.”

Vaske adds, “We’re positioned not just as a provider of tools, like brochures, but as a source of valuable ideas and solutions. We help clients figure out how to grow markets or develop their brand strategy – whatever they need.”

The owners avoid pigeonholing M45 as an ad agency or a PR company.

“If you do just one thing then you’re like a hammer and everything looks like a nail,” says Smit.

Another factor behind M45’s success is the complementary skill set its owners possess.

“As we were getting started, Joe and I each did in-depth Myers-Briggs personality inventories and had them analyzed,” Smit recalls. She laughs at the memory. “We discovered we’re as close to being polar opposites as you can get, in terms of our strengths. So we divided our duties accordingly. Sometimes we’ve had to work hard at reaching consensus. But I think this has put us in good stead.”

Vaske provides a steady hand, cool logic and no shortage of dry wit. Smit is warm, outgoing, creative – an adventurer. Both are down-to-earth straight-shooters with keen minds, equally at home in a Fortune 500 boardroom or at a county fair.

“Each of us grew up on family farms, so we share a certain work ethic, similar values,” Vaske says. Smit’s farm was in Mount Morris, Ill.; Vaske’s was in Farley, Iowa, near the “Field of Dreams” filming location in neighboring Dyersville. When that famous farm came up for sale, M45 helped to market it.

“We have different ways of coming at things, but we tend to end up at the same place,” Smit says. “As business partners, you can deal with a lot of differences if your basic values are similar.”

“For example, neither of us has a desire to become a big Chicago agency,” says Vaske. “We each chose to raise our families in Freeport because we like living here.”

During its 15 years, the primary objective of M45 has remained constant.

“We make sure our clients know we care about them very much, because we honestly do,” says Smit. “The more that folks trust us, the more we want to make sure our work for them is very, very good.”

It’s this attitude that makes the team so likable. And this matters.

“Clients don’t choose you just because of your work,” says Smit. “They choose you because they like you – and trust you.”