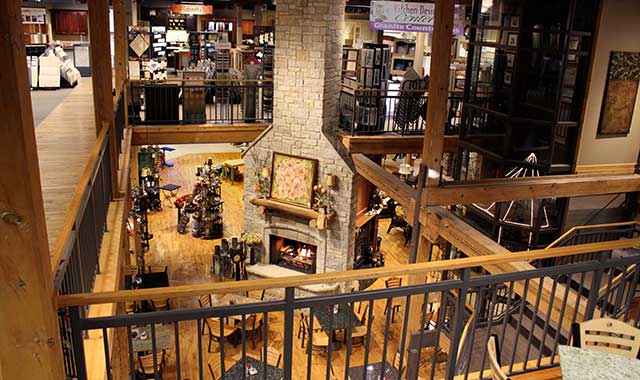 Benson Stone Co: The Keystone to a Fresh Interior Design

This homegrown purveyor of Wisconsin cheeses is going strong more than 80 years after its founding. Discover what awaits your visit to Shullsburg.

All of Wisconsin is known for its flavorful, wholesome cheeses. And the picturesque little community of Shullsburg has long been recognized throughout the Midwest for its brand-name “Shullsburg Wisconsin Cheese.”

Located at 210 W. Water St., in the heart of Shullsburg, a quaint Victorian mining town in southwest Wisconsin, Shullsburg Creamery’s Cheese Store not only offers customers more than 50 varieties of cheese, but also other locally produced food favorites and related gifts in its attractive retail store.

But the store is just the up-front element of Shullsburg Creamery. Behind and all around it’s a highly successful cheese factory, production operation and distribution operation with a growing global market.

Danish immigrant Anton Pedersen founded Shullsburg Creamery in 1934, crafting his first vat of Shullsburg Cheddar in an effort to survive the late Depression years. His cheeses helped to feed the American troops through World War II, after which Pedersen initiated packaging and distribution of cheese to retailers, becoming one of the first cheesemakers nationwide to market branded cheese to regional grocery stores.

By 1972, Pedersen was ready to retire when chance brought Chicago businessman Arthur Stocker to Shullsburg, seeking not only great cheese but a new business opportunity. A deal was swiftly made, and Shullsburg Creamery ownership changed hands. Pedersen stayed on long enough to help Arthur Stocker make the transition.

“I started working for my father at Shullsburg Creamery in 1975, moving from St. Charles, Ill., to Shullsburg, Wis., with my new bride, Susan,” says CEO Scott Stocker, Arthur’s son. “Like it is with so many family businesses, I took a pay cut and worked twice as hard.”

“When we started in the business, the only other brand-name cheese being distributed in our area was from J.L. Kraft, who started in 1912 in Stockton, Ill. (a little-known fact),” Stocker adds. “About 1977, my father decided that I should be selling the cheese instead of making it.

He basically threw me the keys to the truck and said, ‘Go get them.’ I had no experience in that area. I’m self-taught with the help of those to whom I sold. They became not only our customers, but also my mentors, teachers and friends. We grew because of them and their loyalty to our brand.”

Stocker says he quickly learned the golden rule of sales, that the customer comes first. Building positive relationships with those to whom he sold and delivered advanced the Shullsburg name.

In 1994, Shullsburg Creamery assessed its operations, choosing to stop producing its own cheese and to focus on brand marketing and distribution. With select high-quality cheeses produced by area cheese makers of the time, Shullsburg Creamery continued to supply its brand-name varieties to a wider market.

“We worked with experienced cheese makers in those dairies to ensure the quality and purity of the cheese. We continued to supply the small, independent retail grocers as well as chain stores such as Eagle Foods and Hy Vee, eventually growing our distribution to seven upper Midwest states, delivering to around 1,300 retailers,” Stocker says. “We now operate 22 semis and cover most of the Midwest, all out of little Shullsburg.”

By outsourcing cheese and eliminating the challenges and cost of self-production, Shullsburg Creamery was able to take advantage of the shift to spread its brand name to an even broader clientele.

“We had access to such wonderful cheeses,” Stocker says. “It was an interesting and educational process. Shullsburg Creamery made and sold cheese from the company’s startup in 1934 to 1994 – 60 years – and then stopped actually making it from 1994 to 2014. For 20 years, we focused on distribution, packaging and brand marketing.”

In 2006, Shullsburg Creamery sold certain assets to Midwest Dairymen’s Company, a dairy cooperative in Rockford owned by 126 family farmer producers. These farms are not factory farms, Stocker stresses. They produce milk free of artificial hormones and pride themselves on the humane treatment of cows.

“Midwest asked me to continue to manage Shullsburg Creamery,” Stocker says. “It turned out to be a good decision for all of us. We were able to weather the economic recession in 2008 without a financial meltdown.”

The Shullsburg Creamery operation begins with the appealing shop in downtown Shullsburg and reaches across the greater Midwest into even farther food markets and grocery stores, and recently has become a sought-after product on the worldwide web.

“Amazing as it sounds, we receive as many as 20 online orders daily,” Stocker says. “You can order Shullsburg Cheese on Amazon, and we’ll drop ship it to you.”

The challenge in online sales is packaging, Stocker says.

“Right now, in order to ensure the cheese arrives cold, safe and pure, the packaging and subsequent cost of mailing can total as much as or more than the product itself,” he explains. “The cold gel packs are heavy, and dry ice is not a safe alternative. I look forward to the day when they invent lightweight but highly efficient cooling materials to solve both the issues of food safety and cost-effectiveness in shipping.”

Recognition of excellence comes in many forms. With nearly no limit to how far the Shullsburg Creamery Wisconsin Cheese brand can reach, Stocker says annual sales total around $40 million currently. And, because it is recognized regionally for producing and selling the finest quality, purity and flavor, Shullsburg Cheese Store was voted the best in Lafayette County in 2016.

But the bottom line has always been, and will always be, producing the varieties and quality of cheese to whet the appetite of a growing market.

“We believe our next wave of growth will come from our online cheese store, where we will showcase our fine, crafted cheeses from our new 8,700-square-foot cheese factory attached to our store,” Stocker says. “We will attract quality-conscious customers and spoil them with our cheese makers’ latest unique creations from Bourbon Barrel Smoked Cracked Black Pepper Cheddar to aged ‘Vosterbatten’ European cured dry cheese styles.

“We can make anything in our factory as it was designed for – both high-volume production and small-batch specialty cheese making.” Stocker says. “From my travels throughout Europe learning the art of cheese making from the craftsmen and -women of that continent, I learned one very important fact about cheese making: Let the cheese tell you when to proceed to the next step, and do not watch the clock.”

Following this wise advice, Shullsburg Creamery has staked its future on it. “We will make the best cheese, and through our cheese store launch them to the world,” Stocker says.

From a simple, almost accidental meeting of two mid-20th century entrepreneurs, Shullsburg Creamery has weathered the challenges of small business and sustained successful growth over the past 83 years by adhering to time-tested traditions and always listening to what their customers are telling them.

“Quality and service do a successful business make,” Stocker says. 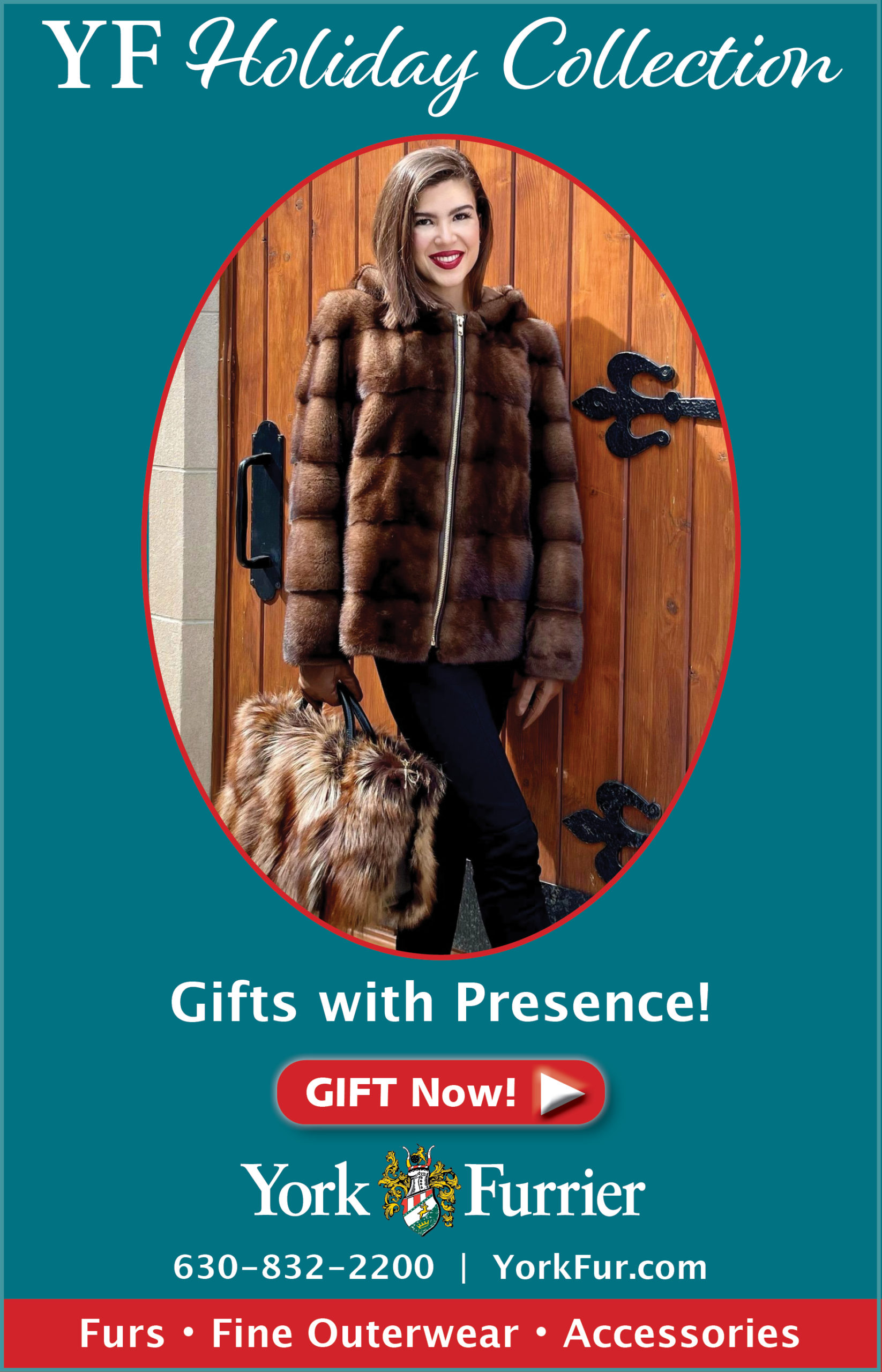 Get in the Spirit: Geneva Goes Big to Welcome Christmas

The city's long-running tradition is back in full swing this ... 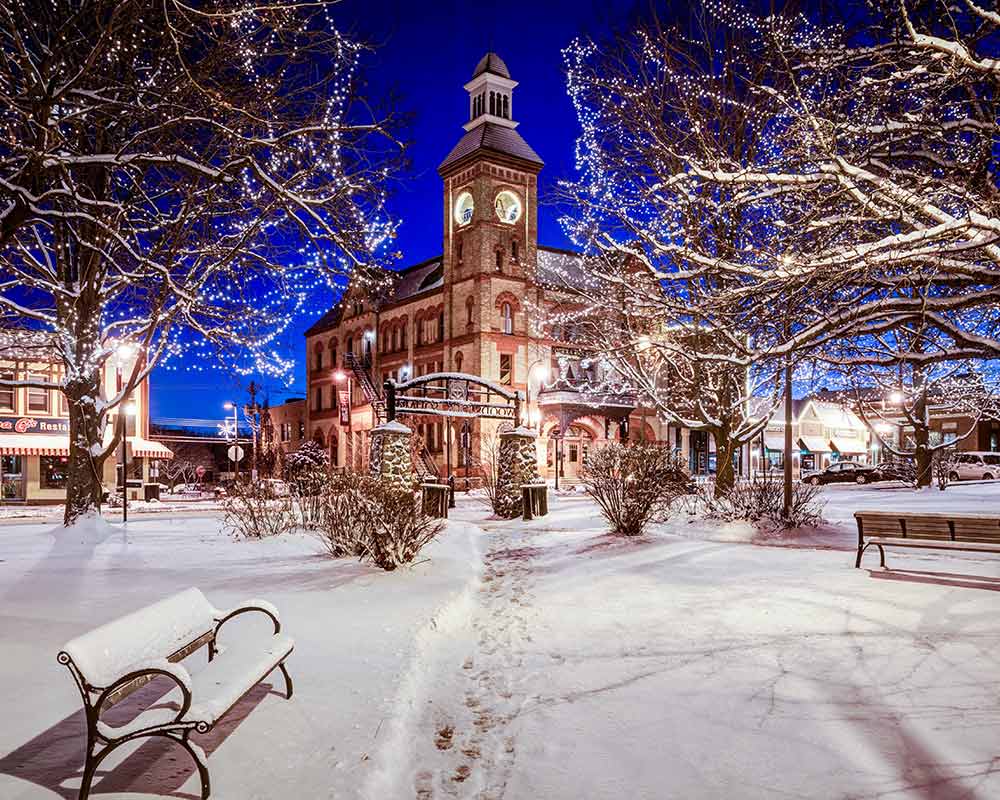 Are you ready to come home for the holidays? In ...