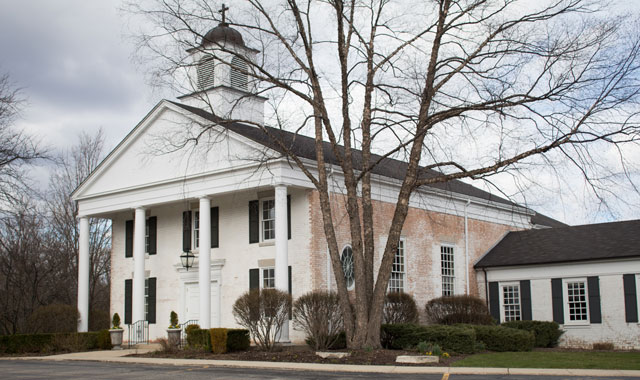 This church was formed as an alternative to the worship style of St. Michael’s Episcopal in Barrington. Recognized by the diocese as a rural mission church, this body’s 32 original members began meeting in each other’s homes in the spring of 1954. By the following spring, the congregation had grown to the extent that an actual meeting space was needed, and the property on Ridge Road was purchased. At the time, it was part of Fox River Grove, since Barrington Hills wasn’t yet incorporated.

The first church, built with expansion in mind, was dedicated in 1956. By 1959, with membership doubled, St. Mark’s became an official parish; in 1962, Christmas Eve services were held in a barn across the road, to accommodate more than 400 people who attended.

Construction on a new building was begun in September 1963; the structure welcomed its first service that Christmas Eve. To reflect the congregation’s favor for simple worship, the building is designed in a New England Colonial style, with seating for 200, including the balcony.

A day school was started in 1966 and an education wing added in 1968. Today, St. Mark’s Day School has programs for children ages 3 to 5, with optional chapel time offered for all ages.

The church has a music director and choir. With an average attendance of 124, Sunday morning services are held at 8 and 10:15 a.m., led by The Rev. David Gibbons. 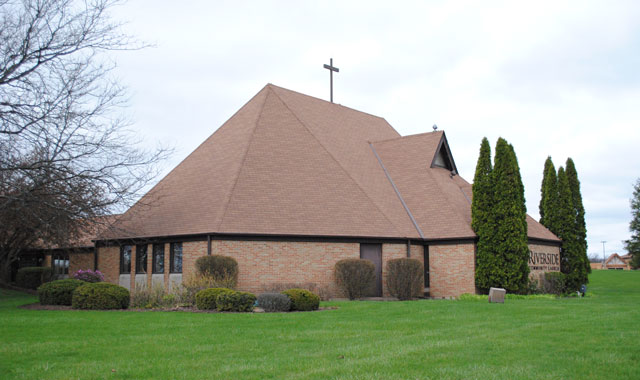 In 1972, a group of churchgoers created a home Bible study in Bloomingdale. After just two months, the group had grown to about 30 people. The following year, membership had grown to the extent that the group, calling itself Schaumburg Community Church, was meeting in a conference room in the Woodfield Shopping Center.

Attendance continued to blossom over the next decade, leading some members, in the 1980s, to create Bloomingdale Community Church. Services were held in Westfield Junior High School, in Bloomingdale.

In 1998, part of the Bloomingdale congregation moved to Baker Community Center, in downtown St. Charles, to accommodate the large number of people coming from that area. They named their new church Riverside Community Church.

The congregation moved to its current location in 2006.

The church is active in the community in many ways. On May 6, the church will host Community Impact, which gives members the opportunity to participate in an array of projects, such as helping at TLC Pregnancy Services, in Elgin, or visiting and playing games with the residents of Inspirations Assisted Living Facility, in St. Charles.

The church financially supports ministries such as World Relief, which partners with churches to transform communities, and the Slavic Gospel Association, which serves evangelical churches in Russia.