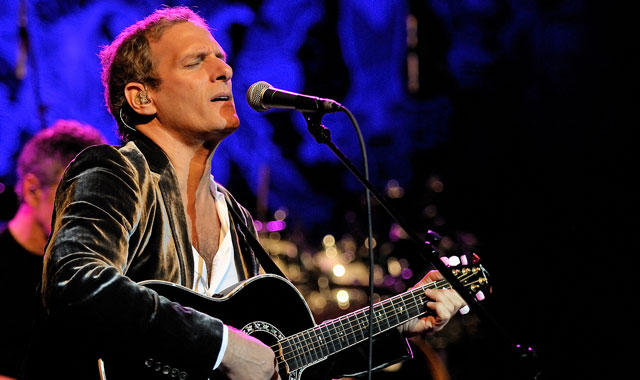 “Jesus Christ Superstar”
Through May 28, check website for times. The long-running Broadway rock opera based on the Gospels’ account of the last days of Jesus, written by the legendary writing team of Tim Rice and Andrew Lloyd Webber. Paramount Theatre, 23 E. Galena Blvd., Aurora (630) 896-6666, paramountaurora.com.

Todd Rundgren
May 12, 7:30 p.m. An American multi-instrumentalist, songwriter and record producer, Rundgren has produced a diverse and eclectic range of recordings as a solo artist and a member of the band Utopia. Arcada Theatre, 105 E. Main St., St. Charles, (630) 587-8400, oshows.com.

“When Not That Good Will Do”
May 13-June 5, check website for times. This world-premiere comedy tells how the Scanlons family’s annual Cape Cod vacation is even worse than usual. Steel Beam Theatre, 111 S. Main St., St. Charles, (630) 587-8521, steelbeamtheatre.com.

The Misfits with Juicehead
May 14, 8 p.m. Since 1977, at the dawn of the punk movement, the Misfits have created a legacy of musical aggression and rebellion that has truly withstood the test of time. Arcada, St. Charles, (630) 587-8400, oshows.com.

“Rent”
May 19-June 3, check website for times. This famous musical centers around a group of artists trying to make it in New York during the height of the AIDS epidemic and the struggles they face, both professionally and personally. Metropolis, Arlington Heights, (847) 577-2121, metropolisarts.com.

Lucy’s Comedy Cafe
May 20, 8:30 p.m. Now in its eighth season and selling out almost every event, Lucy’s Comedy Cafe is one of Raue’s longest-running programs and the cornerstone of its comedy programming. Raue Center For The Arts, 26 N. Williams St., Crystal Lake, (815) 356-9212, rauecenter.org.

The Rat Pack
May 21, 8 p.m. Buddy Hackett’s son Sandy and his crew of crooners bring the boys’ timeless Vegas show as a re,omder that the Rat Pack is still one of the hottest acts around. Paramount, Aurora, (630) 896-6666, paramountaurora.com.

War of the Worlds
May 22, 2 p.m. Those Were the Days Radio Players’ show re-enacts Orson Welles’ broadcasting of “War of the Worlds” using the original 1938 script, with live sound effects and original music. GBPL, Elgin, (847) 742-2411, gailborden.info.

Jason Bonham’s Led Zeppelin Experience
May 25, 7 p.m. The son of Led Zeppelin drummer John Bonham performs a selection of his solo and collaborative work from throughout the decades. Arcada, St. Charles, (630) 587-8400, oshows.com.

The Zombies
May 29, 5 p.m. After three decades apart, Rod Argent and Colin Blunstone, two true stalwarts of classy English pop, have reunited under the moniker of their former outfit, The Zombies. Arcada, St. Charles, (630) 587-8400, oshows.com.

RATT and Quiet Riot
June 3, 8 p.m. RATT, which pioneered Hollywood’s legendary Sunset Strip sound in the 1980s, is joined by Quiet Riot, famously described as the first heavy metal band to top the pop chart at No.1 on Billboard. Arcada, St. Charles, (630) 587-8400, oshows.com.

Four by Four
June 24, 7:30 p.m. From the creative team that brought you “Oh, What a Night!” comes a unique tribute show: a celebration of the music of The Beatles, The Beach Boys, The Bee Gees and Motown all in one. Batavia Fine Arts Centre, 1401 W. Wilson St., Batavia, bataviafineartscentre.org.

DSO: American Salute!
June 25, 7:30 p.m. The DuPage Symphony Orchestra celebrates our land, our people, and our principles of freedom and opportunity for all. Cantigny Park, 1S151 Winfield Road, Wheaton, (630) 668-5161, dupagesymphony.org.

Jim Peterik
June 25, 8 p.m. As lead vocalist, lead guitarist and songwriter for The Ides of March from 1964 to 1973, Peterik helped to propel the band to the top of the national charts with the classic song “Vehicle.” Part of The National Piano Conference. Raue Center, Crystal Lake, (815) 356-9212, rauecenter.org.

The Chapin Family
June 26, 5 p.m. Join The Chapin Family as they present a musical journey of love, protest and discovery, with more than a few stories and laughs along the way. Arcada, St. Charles, (630) 587-8400, oshows.com.

Clearbrook on Cue 2016: Robin Hood
June 28, 7 p.m. Experience the adventures of Robin Hood and his Merry Men as they use their wits and wiles to rob from the rich and give to the poor. Part of Metropolis’ Outreach programs, Clearbrook on Cue fosters the creativity of emerging artists with special needs. Metropolis, Arlington Heights, (847) 577-2121, metropolisarts.com.

“Devil’s Disciple”
July 7-17, check website for times. Set in New Hampshire in 1777 during the Revolutionary War, this play covers a case of mistaken identity, a mock trial and the rebellion of town locals against invading British troops. Stage Coach Players, DeKalb, (815) 758-1940, stagecoachers.com.

WSR: “Art”
July 8-31, check website for times. This intelligent, rapid-fire comedy explores the power of art to engage the imagination and the enduring bonds of friendship in the face of the ridiculous. Presented by Williams Street Repertory. Raue Center, Crystal Lake, (815) 356-9212, rauecenter.org.

MBTL: Micky Dolenz, Voice of The Monkees
July 9, 7:30 p.m. The drummer and vocalist behind the 1960s pop sensation The Monkees makes his Music by the Lake debut with a special solo appearance. Ferro Pavilion, GWC, Williams Bay, Wis., (262) 245-8501, musicbythelake.com.

Festival of Dance
July 10, 3 p.m. This program includes both classical ballet and contemporary pieces by a number of choreographers and an original variation of Les Patineurs (The Skaters) Ballet. Woodstock Opera House, (815) 338-5300, woodstockoperahouse.com.

“You Only Shoot the Ones You Love”
July 10, 3 p.m. A hit in 2011’s New York International Fringe comedy festival, Jeffrey Sweet’s 75-minute solo show explains how the Cossacks almost killed his grandmother and what that has to do with a generation of Jews in American comedy. Raue Center, Crystal Lake, (815) 356-9212, rauecenter.org.

“The Tortoise and the Hare”
July 11-16, check website for times. Join Tortoise, Hare and all their friends as they share their story of determination. Recommended for grades PreK-3. Metropolis, Arlington Heights, (847) 577-2121, metropolisarts.com.

WSR Presents: “[title of show]”
July 15-Aug. 6, check website for times. This 90-minute show is, above all, a love letter to the musical theatre – a uniquely American art form – and the joy of collaboration. Presented by Williams Street Repertory. Raue Center, Crystal Lake, (815) 356-9212, rauecenter.org.

Megon McDonough
July 16, 8 p.m. For an intimate evening, this folk/cabaret singer-songwriter takes you on a musical journey of her career, starting with her early influences and leading into some of her own folk songs. Woodstock Opera House, (815) 338-5300, woodstockoperahouse.com.