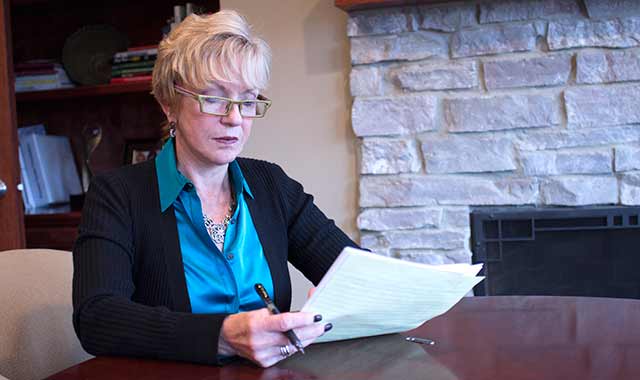 No remodeling project is too big or too small for this St. Charles-based firm, whose founders have learned that a small job now can lead to a big job in the future.

When Bob McDowell was in high school, he dreamed of becoming an architect, so in junior college he studied drafting and architecture. But at age 20, he was drafted by the Army. Two years later, he got married and rather than return to school, he started an aluminum siding business in 1971.

“My father and uncle worked in the aluminum business – it’s what I knew,” he says. “Besides, I was bored in the classroom. I needed to work and provide for my family.”

McDowell started doing only aluminum siding but quickly took on other projects, such as kitchen and bath remodeling work.

“We were doing everything, from window shutters to full-home designs,” he says. “We never dreamed that it would be the company it is today.”

The business is operated by McDowell and his wife, Sue.

“We’ve been blessed with incredible projects over the years, and we continue to do those projects,” says McDowell. “We turned some of those opportunities down early on, and then we realized rather than pass those on to other remodelers, we had the staff and expertise to do them ourselves. There is very little we haven’t experienced in the past 40 years.”

These days, McDowell is seeing more kitchen and bathroom projects, many of which were first discussed during the recession eight years ago. “People held back,” he says. “Now, as the economy improves, we’re seeing more of the ‘want’ projects return.”

After four decades, McDowell could opt to decline smaller projects, but he says he feels an obligation to help others, regardless of the size of their problem. “A lot of people have needs, and when they call some companies, they can’t get a response,” he says. “We will at least respond to a phone call and if we can’t help, we will refer the project to someone who can.”

Besides, you never know what that small project could turn into. Six years ago, McDowell helped a couple fix a leak in their plumbing. Recently, that couple hired McDowell for a significant remodeling project. “You can’t quantify what those small projects mean at the time, but in the long haul they sometimes separate us from our competitors,” he says.

“We have a hard time saying no, especially if we don’t have anyone to refer them to,” adds Sue McDowell. “There aren’t many companies around who will do those small repairs, especially those exterior repairs. They are few and far between.”

Interest in remodeling is high these days, thanks in part to television shows on HGTV. But they don’t always tell the entire story. “They give people great ideas, but true budgets are never discussed on those shows,” says Bob McDowell. “They see bathroom remodeling done in an hour and it only costs $7,000. Customers are somewhat misled into believing that is the cost of the entire project, when it may only include materials.

“We are counselors as much as we are salespeople,” he adds. “We have to walk customers through projects from concept to completion. We sit down, look at the reason they want to remodel, and then help them achieve their goals within budget. There are times when we have hurdles to overcome. As with any business, there are clients with expectations that just can’t be met.”

Although the shock of the recession has passed, McDowell says more people are interested in remodeling than moving. “People are feeling better about investing dollars into their home,” he says. “A large percentage of our clients are repeat customers. They might do a bathroom project this year and the kitchen or exterior next year. We are seeing more people stay where they are.”

For those who are considering a remodeling project, McDowell encourages them to do their homework. “Sometimes it’s a good idea to talk to a Realtor and look at other homes,” says McDowell. “Do you stay with what you have or start all over again? Many of the homes in our area are 25 years old or more and need extensive work as well. I’ve had customers come back to me and say it makes more sense to stick with what they have. It’s a good idea to take a look at the market, but 90 percent of the time it’s more cost-effective to remodel, depending on the size and scope of the project.”

McDowell says everyone wants to know how much it costs to remodel, but it helps his team to know how much the client is willing to invest in their home. Prices vary with every project; a master bath renovation can cost between $20,000 and $30,000, while kitchen projects can range from $30,000 to $75,000, depending on the scope of work and selection of appliances.

“We’re very transparent with our cost,” McDowell says. “We show customers how the price got to where it’s at. In business we have to make a reasonable profit in order to keep our valuable employees and keep the lights on. As you educate customers and exceed their expectations, you build relationships.”

In a current project, McDowell Remodeling is helping a couple who found it difficult to navigate the stairs to their second-floor bathroom and basement laundry room. McDowell is building a kitchen, bathroom and laundry room on the first floor.

“This allows them to stay in their home as long as they want,” he says. “There was a lot of discussion at first – given their age – about how extensive the project should be. But the homeowners and their family really got behind the project. It’s one of the most interesting things we’ve done for some time.”

Still, not every project is the right fit for both McDowell and the customer. “We strive for mutual respect between our customers and our team,” says Sue McDowell. “It’s nice to have open communication from the start. But we can’t do every job. We’re not right for every customer. That’s just business.”

Over the years, McDowell Remodeling has been lauded for its quality work. It’s been voted Kane County’s Best Home Remodeler for many years; has received numerous awards from the Fox Valley Home Builders Association, and has been recognized for its community involvement in St. Charles, earning the Downtown Pride Award and Community Development Award. In 2005, the St. Charles Chamber of Commerce gave McDowell Remodeling its Small Business of the Year Award.

Bob and Sue McDowell show no signs of slowing down. For the past nine years, Bob has served as a board member for Lazarus House, a nonprofit organization that works with the homeless in Kane County. Sue is involved in St. Charles’ downtown revitalization and a number of arts organizations.

After 40 years in business the McDowells remain passionate about their work and the community they serve. “We will help another 175 families or more this year with middle to large remodeling projects,” says Bob. “Sue and I get a lot of credit, but it’s the entire organization that pulls this off. From the first call to accounting, production, sales and our carpenters in the field, everyone at McDowell is invested in our clients and their projects. They are the glue that’s held this business together for all these years, and make Sue and I look good.

“I will admit that some days aren’t so rosy,” he adds. “We know that we’re helping our community, customers and employees. That’s what drives me. That’s why I still love going to work every day.”