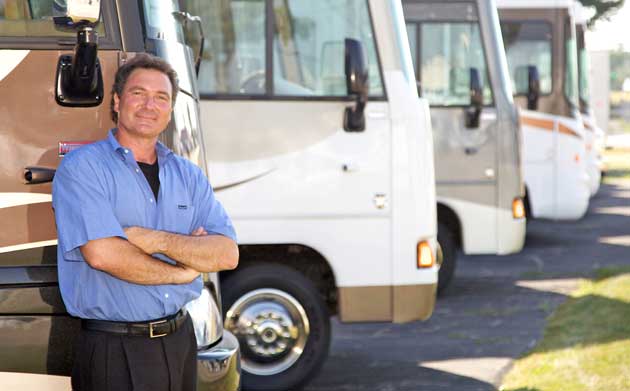 Facing new sources of competition, this McHenry-based travel agency has carved a niche based on customer service and firsthand knowledge of popular destinations.

Darrellynn Hanes’ greatest passion lies within her sense of adventure. She’s snorkeled in Hawaii, dipped her toes along the beaches of Jamaica and admired the breathtaking vistas of Alaska.

Among her many travels, she’s visited Ireland, London, Cancun, Los Cabos, Aruba, Puerto Vallarta and many cities around the U.S. It never gets old.

“It started at 13, when my family moved to Florida from Hanover Park, a Chicago suburb,” she says. “Living in a tropical state is where I caught the travel bug. It opened my eyes to how many wonderful destinations there are to live in and visit.”

After Hanes met her husband, Larry, the couple relocated to the Midwest and settled in McHenry. She worked in banking at the time, and later joined a restaurant management company.

“Ever since I was in high school, I wanted to work in the travel field,” says Hanes. “But it’s not a high-paying field. So I waited for my two sons to get older before I pursued a career full-time.”

In 1996, Hanes landed a job at Worldwide Traveler, 1142 N. Green St., McHenry, a full-service travel agency that handles everything from booking tours to planning destination weddings.

Hanes worked with the agency for eight years before its owners announced they were retiring. That’s when Hanes made a full commitment to traveling for work. She purchased the business in 2004.

“The opportunity was too good to pass up,” she says. “It’s a great industry to be involved with, especially as a small-business owner.”

Still, Hanes had some reservations – especially with changes affecting the industry. “The early 2000s were a tumultuous time for travel agencies,” she says. “The events surrounding 9/11 hit the industry hard. Airlines stopped paying commission to travel agencies. But it was still the right move for me.”

Despite many online services that allow travelers to do-it-yourself, Hanes believes there will always be a need for experts like her. “More people are finding a need for travel agencies,” Hanes says. “They want good customer service, and they want to work with someone who is knowledgeable, confident and experienced in what they’re doing.”

Hanes and her staff certainly have experience. Between the company’s six staffers, someone has visited every part of the world. And, there’s very little turnover: the shortest-serving employee has been there nine years; the longest has been here for 31.

“We try to offer destinations and resorts where we have firsthand experience,” she says. “We’re not just looking at online photos of destinations and hope it turns out OK for the customer. We want to make sure it’s a good experience for every customer. There’s the perception that working with a travel agency is costly. But we can find deals that most customers can’t. In that sense, it’s more like a family than a business, here in our office.”

Hanes says there was a definite adjustment for both her and the staff when she took over the business. For starters, Hanes had new responsibilities such as handling the bookkeeping, paying bills and overseeing the work of her peers.
“It’s never easy making the transition from co-worker to owner,” she says. “My co-workers are my friends, and now I’m the boss. It took about six months for all of us to get comfortable with the change.”

When Hanes started out in the business, she took a six-week travel course at McHenry County College that taught students the finer points of the travel industry, such as managing airline computer systems, recognizing geography and recommending popular destinations. These days, educational opportunities are limited.

“There’s not much out there,” says Hanes, whose agency is a member of a consortium that offers its members training and educational opportunities. “There is a real need for education. We need to find ways to welcome younger people into our industry.”

After the difficult economic downturn from a few years ago, Hanes is starting to see an uptick in travel. “People are definitely traveling more again,” she says. “They’re starting to spend more money and worry less about losing their jobs.”

Hanes also feels good about improved international security measures and their impact. “People complain about extra measures, but they were long overdue,” she says. “As long as you’re prepared for restrictions while traveling through airports, customers should have a good experience. The security measures are good; they’re working and we need to embrace them and be as prepared as possible.”

A majority of Worldwide Traveler customers live around McHenry County, but Hanes is starting to see new customers from beyond. Repeat customers are another big part of the business. Destination vacations to Mexico and the Caribbean are top choices for many local customers, says Hanes.

Gary Castaldo, a marketing manager who lives in Hebron, has been a Worldwide Traveler customer for nearly 20 years. In the past year alone, the agency has helped him book trips to Hawaii, Disney World and Las Vegas. His favorite destination, however, is Jamaica; by his estimate he’s made the trek at least a dozen times.

“The people, culture and atmosphere are amazing,” he says. “I always have the best time of my life. They really take care of you.”

Castaldo prefers using a travel agency instead of making his own arrangements. It makes any trip less stressful.
“They make everything very easy,” he says. “I took my son to Hawaii a few months ago. When we got to the resort, there was a problem with check-in. Instead of getting frustrated, I called Darrellynn and she took care of everything. She and her entire staff are absolutely phenomenal to work with.”

Destination weddings and honeymoons are another strong part of Worldwide’s business. Hanes helped one customer with his vacation plans to Cozumel, where he proposed to his girlfriend; they returned there a year later to get married.
“I like working with young people,” says Hanes. “It’s exciting to help them plan a special event that, hopefully, they’ll remember forever. We help make dreams come true.”

One of Hanes’ greatest travel experiences involved planning a destination wedding to Jamaica two years ago for her son, Nick, and his bride, Melissa. The groom’s mother has visited Jamaica 17 times.

“It’s one of my absolute favorite places,” she says. “It’s always perfect in Jamaica. I go at least once a year, and I always feel calm and less stressed. It’s easy to get to from the Midwest, it’s pretty and the people are very friendly. They bend over backwards for their guests.”

Last spring, Hanes led a tour of 20 to Ireland. This August, she returned from a river cruise in France. Next year, she plans on taking a group to Alaska. Other locales on her bucket list include Tahiti and Italy.

“I have a little saying, ‘Never trust a travel agent who doesn’t travel,’” she says. “I need that firsthand knowledge in order to help our customers. Most importantly, I enjoy sharing my love of travel with other people.”