Our region has long been a stomping ground for phenomenal musicians. Test our knowledge about some local legends. No peeking! Answers below. 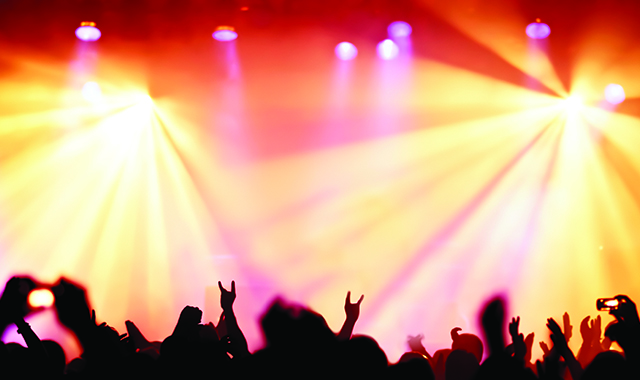 1. Which singer/actress from the 2006 movie Dreamgirls is originally from Chicago?

2. Which famous rapper was born in Atlanta, but reared in Chicago?

3. Which Chicago band was originally called “The Tradewinds?”

4. Which musician born in Chicago was the executive producer of the 68th Annual Academy Awards?

5. Born in Chicago, but raised elsewhere, Patti Smith was nicknamed the “Godmother of Punk” for creating music that combined punk with

6. Which member of the soul/R&B group The Impressions was from Chicago?

7. Chaka Khan began her Broadway debut in which musical?

A) Wicked B) Annie
C) Hairspray D) The Color Purple

8. What is the oldest outdoor music festival in the United States?

10. Which of the following rappers is from the south side of Chicago and has written songs for Michael Jackson and Aaliyah?

1. C. Jennifer Hudson played Effie White in Dreamgirls, a role for which she won an Academy Award. Hudson also competed in the third season of American Idol, finishing in seventh place.

2. A. Rapper Kanye West has sold more than 87 million records and won numerous awards for his work. Recently, he appeared in the TV show Keeping Up with the Kardashians.

3. B. Styx was named The Tradewinds until 1965, when another band of the same name became popular. Formed by twin brothers from the Roseland neighborhood, Styx took its current name in 1972, inspired by Greek mythology.

4. A. In addition to hosting the Grammy Awards, Quincy Jones has won numerous Grammys throughout his career. He was also named one of the most influential jazz musicians in the 20th century by Time Magazine.

5. D. Singer-songwriter Patti Smith combined punk with poetry, creating a new style of music. Smith is best known for “Because the Night.” She was inducted into the Rock and Roll Hall of Fame in 2007.

6. C. South-sider Curtis Mayfield joined The Impressions when its founding members moved to town. After he left the group in 1970, Mayfield became an accomplished singer, guitarist, drummer, saxophonist and pianist.

7. D. Chaka Khan played Sofia in the Broadway version of The Color Purple. She originally rose to fame as part of the 1970s band Rufus. Since then, the “Queen of Funk” has won multiple Grammy Awards.

8. B. Highland Park’s Ravinia Music Festival started in 1904 as part of an amusement park. Each summer, world-class artists perform at three venues, including the open-air pavilion, with views from the lawn – a popular picnic spot.

9. A. OK Go formed in Chicago as a quartet in 1998. Its Grammy Award-winning video “Here It Goes Again” features band members dancing among a series of treadmills.

10. C. Bronzeville native R. Kelly (pictured right) has worked with a wide variety of musical artists. Aside from singing and producing, he also has appeared on many television shows.