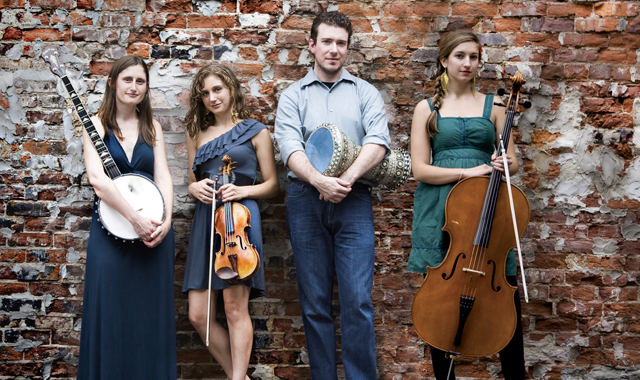 This lakefront restaurant has turned into a family favorite over the years, providing the perfect space for eating delicious meals and hosting special occasions.

Wauconda’s Bangs Lake has long been a summer destination for swimming, boating, fishing, picnicking and dining. For nearly 50 years, Lindy’s Landing, 115 Park St., has been a special place to enjoy the Wauconda lakefront, with a 107-slip marina and an indoor/outdoor seating restaurant.

Both locals and out-of-towners are drawn to Lindy’s Landing for its resort-like atmosphere and tasty fare. Inside the 130-seat dining room, panoramic floor-to-ceiling windows overlook the lake. “The orientation is toward home cooking – very few processed items are part of the mix,” says Joyce Forcier, who came aboard as event manager in 2007.

Chef Alberto Morales cooks the turkey and beef for sandwiches himself, and produces his own soups and homemade sauces. The chef also accommodates special dietary needs, such as gluten-free eating.

Burgers, made from a half-pound of Angus beef, are popular among the patrons. So, too, is the all-you-can eat Friday fish fry lunch and dinner, made from Atlantic cod, offered baked, deep-fried in a light batter, or as a combination; side dishes include coleslaw and a choice of fries or boiled red potatoes.

A lunchtime favorite is the California wrap, featuring house-roasted turkey, avocado, bacon and lettuce, rolled in a sun-dried tomato tortilla. Every Wednesday, a professional sushi chef is on site from noon to 9 p.m. The popular prime rib is served Thursday through Sunday, after 4 p.m.

Lindy’s Landing began in 1965, when boating enthusiast and frequent Wauconda vacationer Bob Lindstrom acquired an aging boathouse, bait shop and bar on the shore of Bangs Lake. Born in Chicago in 1930, Lindstrom worked for a utility company and raised his family in Park Ridge before launching his dream.

“What started as a hobby turned into a business,” says Forcier. Lindy’s Landing became a popular summertime hangout, eventually growing its menu and becoming a year-round destination. When Lindstrom died in 2000, the business was passed on to his three daughters: Laurie Barth, Cheryl Lindstrom and Bonnie Shippee.

In 2006, Barth’s daughter, Brittany, became general manager and pursued her grandfather’s dream of making Lindy’s Landing a bigger place. A year later, the aging boathouse was demolished and rebuilt. In its new life, the venue is still just as beloved.

“We’re a family-friendly operation – casual, but a place people think of when they want to go out to celebrate,” says Forcier. “Even before the new building opened, a longtime customer booking her son’s graduation party said to us, ‘He learned to walk at Lindy’s, so it only seems right to have the party here.’”

In some cases, customers’ children take jobs here. “We’ve had bussers in high school who come back during the summer break from college, to become some of our best servers,” says Forcier. “From the staffing standpoint, we’re all ‘family’ because that’s the culture created by the family running the restaurant.”

Leaded-glass doors separate the main dining space from Lindy’s sports bar, which accommodates 60 guests and is outfitted with flat-screen and projection TVs. Live entertainment, varying from country and rock to blues and reggae, is provided Saturdays starting at 7 p.m. and Sundays from 2 p.m. to 6 p.m.

The inside bar serves 10 draft beers, many of them craft brews; five additional draft lines serve the party pavilion outside and 30 picnic tables on the beach, all of which are served by wait staff.

Lindy’s Landing is also a popular destination for wedding receptions, memorial lunches, baby showers and anniversary parties, which can be hosted in the main dining room or in the beachfront pavilion.

The lakeside location also lends itself to charity fundraisers and other special events. For example, during winter it hosts a one-day ice fishing tournament and a pond hockey competition. Every Labor Day Saturday, it hosts a cardboard boat race – a timed event to see whose craft can remain afloat the longest.

Lindy’s Landing is open daily from 11 a.m.-10 p.m., with the bar staying open late; reservations are accepted for inside dining for parties of six or more. Complimentary valet parking is available on weekends.