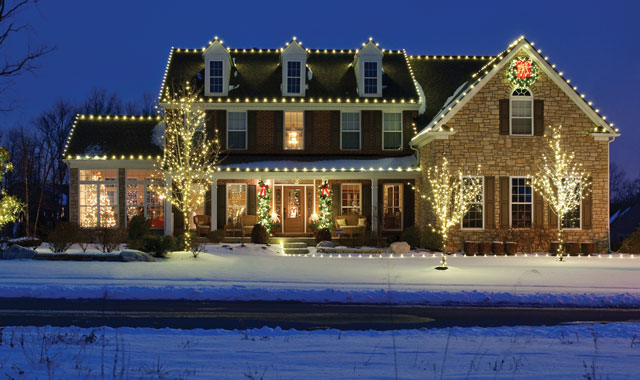 Brighten Your Dwelling with Holiday Decor

Williams Street Repertory offers more than just a source of entertainment; the award-winning troupe also provides a sense of community throughout Crystal Lake.

Williams Street Repertory (WSRep), the in-house production company at Raue Center for the Arts, 26 N. Williams St., in Crystal Lake, has come a long way in its four short years. Not only has it become an award-winning theater program, but a testament to community collaboration.

“It’s been a great adventure, as well as a tremendous amount of work,” says Richard Kuranda, artistic director. “It’s been really successful, and we’ve attracted many wonderful artists. The company is dedicated to putting on emotionally charged work that’s thought-provoking and entertaining. We’re building a dialogue with the audience.”

The concept for WSRep was hatched seven years ago, from a program called Page to Stage, in which guests were invited to read a play on a makeshift stage, complete with folding chairs and music stands.

“For the first couple of years, we were fortunate to get some nationally acclaimed artists who gave us their work to read,” Kuranda says. “The audience responded well. The first reading had 20 people in the audience, and by the fifth one, we had more than 200 people in the crowd. That’s when we knew we were on to something.” A focus group soon formed, and Williams Street Repertory was launched in 2010.

The lineup has matured over the years, says Kuranda, thanks in large part to Michael Vandercook, who serves as the director of production.

“We started out with musicals and plays chosen to appeal to a performing arts center crowd, in hopes of migrating into a traditional theater crowd,” explains Kuranda. “Initially, we were focused on shows that were toe-tappers with rock roots, like The Rocky Horror Picture Show, which we did for two years. That really opened up the doors for new patrons. These days, we’re taking more risks with our artistic voice.

The crowds were used to seeing mostly stand-up comics and rock concerts, but they’ve given us a shot, and we’ve been pleased.” Kuranda estimates that WSRep has attracted 7,000 new patrons in the past three years.

Performances are held at the Raue, but the company recently moved its operations into an old 10,000 square-foot warehouse, the Oak Industry Building, 100 S. Main St. It’s used as a rehearsal hall, storage place and classroom space.

“We were simply looking for space to build some sets, but it’s turned into so much more,” Kuranda says. “For us, it’s been a blessing in the respect that it’s within walking distance of the theater, and it’s part of downtown Crystal Lake, which allows actors to hop on a train from Chicago.”

About 50 percent of the actors are locals from Crystal Lake, Lakewood and Cary. But lately, more regional actors are finding their way to WSRep. “We’ve noticed a lot of talent willing to commute from Chicago,” Kuranda says. “This year we had a healthy mix of professional actors, and an incredible group of artists from the northwest suburbs, who make a living in professional theater and film, and have adopted us as a great little place to do work. We even get calls from casting directors in Chicago. There’s a really symbiotic relationship between the artists and the audience. I think people sometimes don’t realize that a two-hour performance is a compilation of six to eight weeks of hard work. Without the talent we have, we’d be lost.”

“Awards are nice, but it’s awesome when people who are not theatrical professionals get excited about musicals or plays – that’s when you know you’re doing something right,” Kuranda says. “I take pride in the independent collaboration that we have with each and every artist.

When we started this thing, we were coming out of the recession. The artists have a sense of pride in their achievements. For me, as artistic director, it’s a validating moment when a small town like Crystal Lake can take a risk, believe in its own talent, produce its own talent, survive and thrive economically, and also attract outsiders. Maybe there’s something more in the dialogue of small American theater. There’s something cool about that independent, small-town voice.”

In its new season, WSRep is looking to build on its past success, with a lineup that promises plenty of surprises. The July 11 season opener is the debut of SUDS: The Rockin’ ‘60s Soap Opera Musical, a Chicago premiere written by Melinda Gilb, Steve Gunderson, Will Roberson and Bryan Scott. SUDS is a rock-and-roll musical that includes Broadway talent. It’s a story about Cindy, a lovelorn girl working in a 1960s laundromat, whose life is forever changed when her two guardian angels magically appear to teach her about boys and true love. This performance includes more than 40 musical favorites from the ’60s, including “Where the Boys Are,” “These Boots Are Made for Walkin’,” and “Walk On By.”

Opening Sept. 12 is The Search for Signs of Intelligent Life in the Universe, written by Jane Wagner, described as a self-help comedy story about a woman named Trudy, played by Amanda Flahive, who freely channels numerous other helpful characters.

The Agony and the Ecstasy of Steve Jobs, by Mike Daisey, opens Sept. 13. It’s described as a hilarious and harrowing tale of the former Apple CEO.

Another Chicago premiere, Hands on a Hardbody, begins Nov. 21. Written by Amanda Green, Doug Wright and Trey Anastasio, the musical appeared on Broadway last year, when it was nominated for three Tony Awards. Inspired by true events, the play takes its audience through the lives and aspirations of the contestants who cannot, and will not, relinquish their hold on a brand-new Nissan “hardbody” pickup. The play reveals that the contestants are living rough-and-tumble lives, and the only thing keeping them from accomplishing their dreams is the lack of that new truck.

Opening Feb. 6, 2015, Married Alive!, by Sean Grennan and Leah Okimoto, is a funny musical that looks at two married couples, one newlywed and one oldly wed. Finally, WSRep’s third Chicago premiere, Water, is a play written by David Farr about two half-brothers who clash over the legacy of their dead father. It starts April 24.

Looking ahead to a new season, Kuranda says the past success of WSRep couldn’t have happened without the blood, sweat and tears of many loyal supporters.

“It’s been a great journey with so many people,” Kuranda says. “It’s not just the board and staff who make it happen. It’s the artists, the designers, costumers and musicians who come together. The Crystal Lake City Council has been very supportive. They see the power of the arts in Crystal Lake. When we run a show for two or three weeks, they see a steady stream of people who enjoy the theater, local restaurants and bars. Crystal Lake has really been booming since 2010. We’re not the sole cause of that, but we’ve had a positive impact.”