What started as a simple collection has grown into a popular new location for gatherings and quiet retreats. Discover what’s inside this unique barn, and how its founders still pursue new ideas.

The whole thing started with a 1950 Ford 8N tractor, the model Gary Bocker first drove when he was 4 years old on his family’s farm near Polo, Ill.

Gary wanted his grandsons to experience farm life as he once knew it. So he bought the Ford, around 2008.

Then he started buying more of the types of tractors he’d grown up with. Cars, too, starting with a 1953 Ford, like the one he drove at age 12, back when you could do that kind of thing in rural Illinois.

By 2011, Gary had quietly amassed a collection, though not all in one place. Now he needed a place to keep it all. So he thought, why not build a modest addition to the Bocker Grain shop building?

Too small. He’d already collected too many tractors, storing many of them in his grandson’s barns.

“He was buying them for about three years and stuffing them in every barn and garage around,” says Gary’s wife, Judy, “and I said to him, ‘You’re not enjoying these. We don’t know what you’re buying. What are we going to do?’”

Gary thought for a minute. “Let’s build a barn,” he said.

“OK, let’s make a museum,” Judy responded. And just like that, Barnacopia was born.

Two things you may already have guessed about the Bockers: They are people of action, and they don’t do small projects.

Barnacopia surprised even them, though. The three-level, peg-and-post barn was no lifelong dream – more a spur-of-the-moment idea that has evolved in 2.5 years into something hard to quantify. It’s a farm museum, sure. But it’s a lot more.

The Bockers broke ground the day after Thanksgiving 2011, on what had been a temporary grain storage area at the family farm. The barn arrived on six semi-trucks from a company in Connecticut in what Judy describes as “puzzle pieces.” Soon a deadline emerged for the builders, Tom and Sue Miller of Ridott. Grandson Winton got engaged; he and his fiancée, Bethany, wanted to hold their wedding reception there on June 1, 2013.

“It’s everything. It’s our life,” Winton says of the place and its family legacy.

The project was finished on time and 380 people attended Winton and Bethany’s wedding reception in the barn.

“And so we said that would be the very first event that would ever happen in this, never knowing that there would be others,” Judy says.

“We don’t mean this to be too personal,” she adds. “We built this to share: Come on in to see the legacy. It’s awesome how people come in and are walking around and then that triggers them to remember something from their past.”

A Change in Focus

That 1950 Ford tractor is the first thing visitors see upon entering the barn; it’s beneath their feet under a glass floor. More tractors and farm implements occupy the first floor, along with an ice cream shop and a cobblestone street.

The second floor has the cars, ranging from a 1950 Chevy to a pink Can-Am Spyder motorcycle. But here’s where the “museum” tag doesn’t quite fit anymore: There’s a 1950s-era drive-in theater, and even a chapel.

The top floor has more farm artifacts, but also a bedroom and a game room complete with a pool table with a light fixture fashioned from a John Deere 4020 tractor hood. The barn’s five-story silo starts with a coffee bar on the ground floor, then two bedrooms on floors two and three, topped by a two-story library.

“When you come and rent this, then you have the run of the barn,” Judy says. “So you get it all. If you come and stay overnight in the bed and breakfast, I make sure nothing else is scheduled that night, because I want you to be able to tour the barn, watch a movie in the drive-in movie theater, or play all the games on the third floor. That’s what you’re paying for.”

As construction was nearing its end and the wedding neared, a visitor’s idea signaled a new direction.

“While I’m knee-deep in sawdust one day,” Judy says, “a lady came to the door and said, ‘I think this would be a great place to have a wedding shower.’ I looked at her and said, ‘Well, OK.’ And I said to my husband, ‘Somebody wants to have something here.’ Gary says, ‘Did you say how much?’ I said, ‘Yeah, 50 bucks.’ He says, ‘We’ve got to charge more than that.’ I was so naïve. We were building a museum. I was just blown away that somebody wanted to have something here.”

Apparently that set the area’s brides-to-be network buzzing. In 2014, weddings are booked for almost every weekend at Barnacopia. Other events that have filled the calendar so far include social club meetings, business retreats, baby and wedding showers, and Christmas parties.

The Bockers do charge more than 50 bucks now – substantially more for larger events. “People don’t bat an eye at it,” Judy says. “We’re still trying to grasp that our little museum idea kind of went to a social venue. So our plan has really had to change quickly along the way.”

Barnacopia’s construction represented something else for Gary and Judy: a distraction from the serious health issues they both face. Gary has heart problems and Judy has battled breast cancer for 5.5 years, enduring regular chemotherapy and radiation treatments that leave her tired and weak.

“It was such a great diversion. You didn’t think about yourself,” Judy says. “One day we came out of a doctor appointment for Gary, where I didn’t like what I had heard. I just looked at him and said, ‘I want a bedroom on the third floor so that we can just come from our home, come over here and stay and feel like we’ve been away.’

“That opened a can of worms, because the very next day, without talking to me, he went to the County and said, ‘We want to have a bed and breakfast.’”

The Bockers still can’t quite believe all that’s happened.

“I think it just had to be all God,” Judy says. “Because I don’t know how we did it. When I walk into this place, sometimes it can just rip me up. It’s very emotional. I would make a decision and go off to chemo, and come back, and make more decisions.”

While the two of them do commit every decision to prayer first – whether that’s a serious health question or what kind of elevator to install – they have little patience for endless talking and planning.

“That’s why we aren’t good on boards,” Judy says. “We want action. If you talk about it, we want to do it. And we’ve been blessed enough over our lifetime that if we wanted to do something, we could get at it and do it. We are so blessed, and so we want to bless others.

“It isn’t like we just sat around and talked, and wished and wished. We just did it.”
There’s one more little legacy motivation that Judy laughs about. Turning all of your old stuff into a museum changes the way your children and grandchildren handle it.

“You’re always saving things, thinking the kids would want it – they don’t,” she says with a twinkle in her eye. “But they’ve got to save this now.” 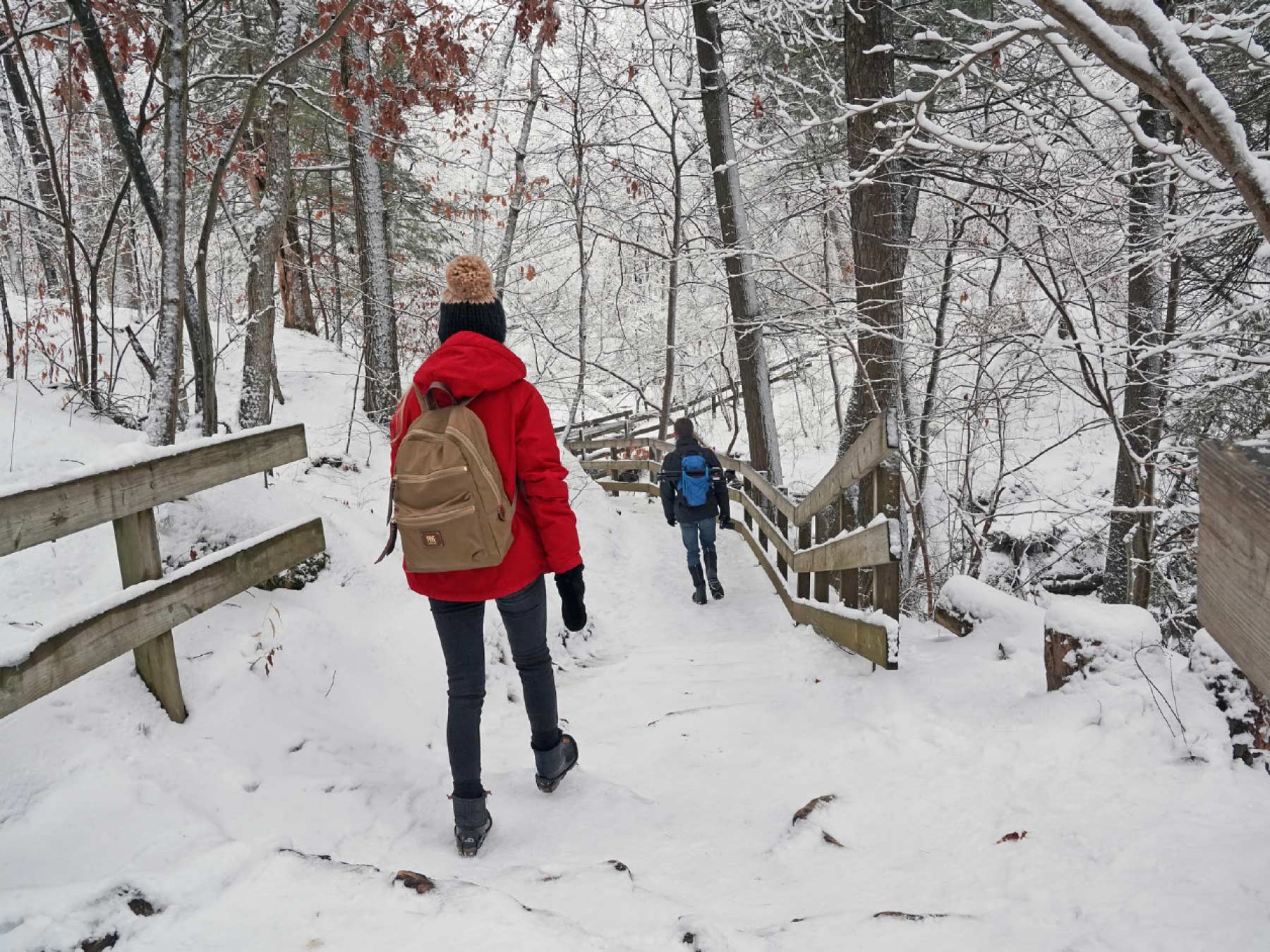