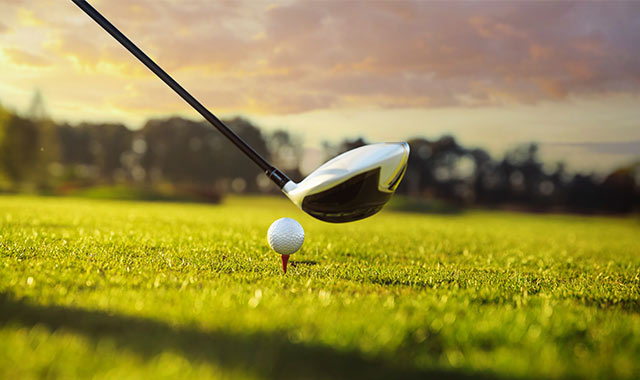 FVR: Nunsense
Jan. 16-March 9, see website for days/times. The Little Sisters of Hoboken discover that their cook, Sister Julia, Child of God, has accidentally poisoned 52 of the sisters, and to pay for the burials, they decide to put on a show. From Fox Valley Repertory (FVR). Pheasant Run, St. Charles, pheasantrun.com.

A Capella Couture
Jan. 18, 7:30 p.m. These three talented sirens perform chart-topping hits by great female singers from the 1940s to today, from The Andrews Sisters to Lady Gaga and many in between. Batavia Fine Arts Centre, 1401 W. Wilson St., Batavia, bataviafineartscentre.org.

You Only Shoot the Ones You Love
Jan. 25, 8 p.m. Solo show by Jeffrey Sweet about improv and how the children of Jewish European refugees created the subversive, anti-authoritarian comedy of Lenny Bruce, Mort Sahl, Mel Brooks, et al. Woodstock Opera House, (815) 338-5300.

Rik Emmett Acoustic
Jan. 25, 8 p.m. From his roots in early-‘80s hard rock, this artist has developed into one of the most critically respected guitarists ever, hailed for his technique across numerous genres and styles. Hits include “Magic Power,” “Hold On” and “Never Surrender.” Arcada, St. Charles, oshows.com.

Chicago Brass Quintet
Jan. 26, 8 p.m. Celebrating its 50th anniversary season, this ensemble has performed around the world with a repertoire that includes Jan Bach, Cliff Colnot and others. Fermilab, Batavia, fnal.gov/culture.

Brian Regan
Feb. 6, 7:30 p.m. One of the premier comedians in the country. With the perfect balance of sophisticated writing and physicality, his comedy spans generations. Egyptian Theatre, 135 N. 2nd St., DeKalb, (815) 758-1215, egyptiantheatre.org.

Frindle
Feb. 6-14, see website for days/times. When 5th grade teacher Mrs. Granger decides to teach her students where words come from, the class prankster creates his own word, frindle, which spreads throughout the town. Fun and inspiring story about creativity and the power of words. Grades 4-8. Metropolis, Arlington Heights, metropolisarts.com.

Cheap Trick
Feb. 7, 8 p.m. Formed in 1974 and originally from Rockford, Ill., this group combines the tunefulness of The Beatles with the speed and energy of punk rock, with hits like “I Want You to Want Me,” “Surrender” and “Dream Police.” Arcada, St. Charles, oshows.com.

She Loves Me
Feb. 7-14, Fri.-Sun. 3 & 8 p.m. A musical, pre-computer version of You’ve Got Mail, set in a perfume shop in Budapest. New employee Amalia clashes with co-worker Georg, who doesn’t tell her when he discovers that they have been secret pen spals. Raue Center, Crystal Lake, (815) 356-9212.

The Midtown Men
Feb. 14, 1:30 & 8 p.m. The original stars of Broadway’s hit Jersey Boys with a new musical act that celebrates music of the 1960s, including The Beatles, The Beach Boys and the best artists from the golden age of Motown. Paramount, Aurora, (630) 896-6666, paramountarts.com.

Groovin’ the 60s
Feb. 14, 8 p.m. Hear The Buckinghams, the ’60s band from Chicago, with hits like “Kind of a Drag” and “Don’t You Care,” take the stage with Gary Puckett, lead man for the Union Gap (“Young Girl,” “Lady Willpower”), backed by a full orchestra. Arcada, St. Charles, oshows.com.

Gaelic Storm
Feb. 15, 7:30 p.m. This group incorporates a rock sensibility into their Celtic sound for crossover appeal, and has appeared on the same bill as The Goo Goo Dolls, Zac Brown Band and Emmylou Harris. Egyptian, DeKalb, egyptiantheatre.org.

The Peking Acrobats
Feb. 16, 5 p.m. Renowned for the grace, artistry and feats of seemingly impossible physical daring, the Peking Acrobats are a marvel to behold. Watch these talented performers climb, flip and fly. Paramount, Aurora, paramountarts.com.

Cavatina Duo
Feb. 16, 7:30 p.m. This flute and guitar duo has inspired composers from around the world to write and arrange new works for them. Fermilab, Batavia, fnal.gov/culture.

A Tribute to Elton John & Billy Joel
Feb. 21, 8 p.m. Two legendary pop pianists. Act one is a spot-on tribute to Billy Joel, with hits from “Only the Good Die Young” to “Piano Man.” Then it’s all Elton John, with hits like “Goodbye Yellow Brick Road” and “I’m Still Standing.” Metropolis, Arlington Heights, metropolisarts.com.

The Bay of Portugal (World Premiere)
Feb. 21-March 16, Fri.-Sat. 8 p.m., Sun. 3 p.m. Thirty years ago, it was love at first sight for Gwen and Jack, but they didn’t make it through the first year of marriage. Can they get through their daughter’s engagement party without killing each other? Steel Beam Theatre, St. Charles, (630) 587-8521.

Arranmore
March 1, 8 p.m. Influenced by both American folk and Celtic music, this group creates a unique, beautiful sound all their own. Metropolis, Arlington Heights, metropolisarts.com.

Danu
March 2, 7 p.m. Founded in 1995, this band has established itself as one of Ireland’s most important ensembles, and gathered many awards and critical acclaim. Raue Center, Crystal Lake, (815) 356-9212.

The Straits
March 7, 8 p.m. Members of Dire Straits, with hits like “Sultans of Swing,” “Money for Nothing,” “Come Dancing.” Arcada, St. Charles, oshows.com.

Rembrandt Chamber Players
March 9, 7:30 p.m. Seven Chicago musicians who play for the likes of the Lyric Opera Orchestra and the Chicago Symphony Orchestra play music from Baroque to the 21st century. Fermilab, Batavia, (630) 840-2787.

Half and Half
March 13-30, see website for times. Set in Chicago’s Rogers Park, this comedy examines married life through two generations of the Grant family. Metropolis, Arlington Heights, metropolisarts.com.

The Fantasticks: Steampunk Version
March 15, 8 p.m. A steampunk-inspired adaptation of this classic musical. With “Try to Remember,” “Soon it’s Gonna Rain” and all the hits. By Nebraska Theatre Caravan. Fermilab, Batavia, fnal.gov/culture.

Flanagan’s Wake
March 15, 8 p.m. Dear ol’ Flanagan has died, and in this hilarious interactive show you’ll join his closest friends on the Emerald Isle, to grieve as only the Irish can. Pheasant Run, St. Charles, pheasantrun.com.

FVR: Cheaper by the Dozen
March 27-May 18, see website for days/times. A large houseful of energetic children, a dad who’s an efficiency expert and a teenage daughter who’s grown up faster than Dad realizes, in a story mixed with love and laughter. Pheasant Run, St. Charles, (630) 584-6342.

Eddie Money
March 29, 8 p.m. This double-platinum artist, with hits like “Two Tickets to Paradise” and “Baby Hold On,” has been rocking audiences for more than 35 years. Arcada, St. Charles, oshows.com.