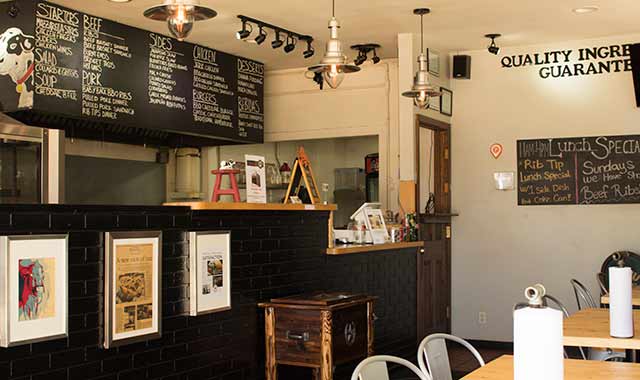 Meet the Elgin symphony’s dynamic new leader, and discover how his international familiarity is raising the profile of this suburban gem.

It’s Monday morning, Sept. 9, and Andrew Grams, the new music director of the Elgin Symphony Orchestra (ESO), is at the Hemmens Cultural Center, beginning a week of auditions for the upcoming season.

A scant month earlier, he was halfway across the world, on a three-week tour as guest conductor with the New Zealand Symphony Orchestra. Following ESO auditions, he’ll be in Arizona, conducting the Phoenix Symphony in two performances. Then, on Oct. 5-6, Grams will make his debut as ESO maestro and music director, conducting a program of Gershwin and Mahler, before heading to Glasgow, Scotland, at the end of the month, to lead the BBC Scottish Symphony.

Grams, 36, is the first new music director ESO has had in almost 30 years, and only the fourth in its 63-year history. The internationally renowned maestro has spent much of his career guest conducting with prestigious orchestras around the world, including the Chicago Symphony, the National Symphony Orchestra of Washington, D.C., the Residentie Orkest of the Hague and the Oslo Philharmonic. He’s excited about the opportunities his new position with ESO offers.

“It’s not that I don’t like traveling around the world, and I’ll continue to do some of that,” Grams says. “But now, I get to work with the same people, develop a working style, create an ensemble, rather than face a different group of musicians for each performance. Don’t misunderstand – standing in front of a group of strangers and somehow making musical magic is exciting and invigorating. But now, I get to do more work with the same people, and that’s what I’ve been looking forward to doing. Everyone on staff has been just great. For me, with all of my travels and the groups I’ve performed with, this one just felt right.”

Grams’ many commitments were something the ESO took into account. Scheduling conflict was inevitable, no matter who was hired.

“Things are scheduled so far ahead – maybe two seasons in advance,” explains Dave Bearden, the symphony’s CEO. “We had to have our 2013-2014 season in place, and we had to line up guest conductors. Once Andrew accepted our offer, we both had to do some rearranging. Of our seven classics concerts, Andrew will conduct three.”

Both Grams and the organization view his continued worldwide engagements as a boon for the ESO. “Wherever Andrew goes, he’s introduced as the ESO music director,” says Bearden. “We broadcast on WFMT, so people around the world are already aware of us. He’s now our ambassador.”

The ESO has plans to involve its followers in Grams’ travels. “We’re in the process of launching a feature on our Facebook page, called ‘Where in the World is Andrew Grams?’” says Cheryl Wendt, ESO’s director of marketing. “That way, fans can stay informed about Andrew’s whereabouts.”

Grams, who was born in Maryland, was chosen out of an initial pool of more than 200 national and international candidates, following an exhaustive two-year search. A committee made up of members of the orchestra, the ESO board and the Elgin community winnowed the list down to 12, each of whom was brought in as guest conductor at least once during the 2011-2012 and 2012-2013 seasons. From that group, five finalists were chosen; ultimately, Grams was offered the position and signed a three-year contract.

“We polled the orchestra at the end of each finalist’s performance, and Andrew was the musicians’ unanimous choice,” says Wendt.

Music isn’t the only function of the job, however.

“There are many facets to being a music director, and only one part is orchestral,” Bearden explains. “A big part is functioning within the community. It was Cheryl’s and my task to place them [the finalists] in various social situations to see how they handled themselves. Can they speak ‘non-music’? How are they with staff relations? How are they with programming? We had a very specific set of criteria.”

At the start of a candidate’s week as guest conductor, each interviewed with the board, the goal being to measure the consistency between their answers and their actions.

“Andrew is the complete package,” Bearden says. “There just weren’t any negatives. We could hair-split on the music, but we all agree that with his energy and experience, he’ll be an asset to the entire community, by leaps and bounds.”

Grams, also an accomplished violinist, first led the ESO as guest conductor in 2009, and that experience prompted him to apply. “The skill level of the orchestra is very high,” he says. “We worked well together. They were flexible and responded to my suggestions. We were simpatico.”

While the 2013-2014 program was already set, Grams has already begun crafting the 2014-2015 season, and he’s looking forward to building on the rapport between himself and the musicians.

“My tastes are fairly conservative,” he says. “I love the classics, and the musicians love the classics. That mutual love is the starting point. From there, we can start to develop our working style, begin the process of making our teamwork better and raising our ensemble ‘togetherness.’”

Wendt has even stronger proof of this bond. “I’ve never had this happen before, but after Andrew’s performance, several musicians told me, ‘He made us better than we ever thought we could be,’” she says. “They’re very excited to work with him. He will elevate the musicians, and that onstage energy will translate to the audience.”

Grams anticipates the musical discoveries he and the audience will make together.

“The more I know about a community, the more I can determine people’s tastes in music, likes and dislikes,” he says. “I already have a general idea, but what’s going to be fun is having them come on a musical journey with me, to musical places they haven’t visited or maybe didn’t enjoy.

“I’m not going to force them. It’s more like, ‘If you like this, then listen to this because it has similar qualities, and now that you like that, let’s try this.’

Grams pauses, smiles and adds: “We’ll take our time. It’s going to be a long journey.”