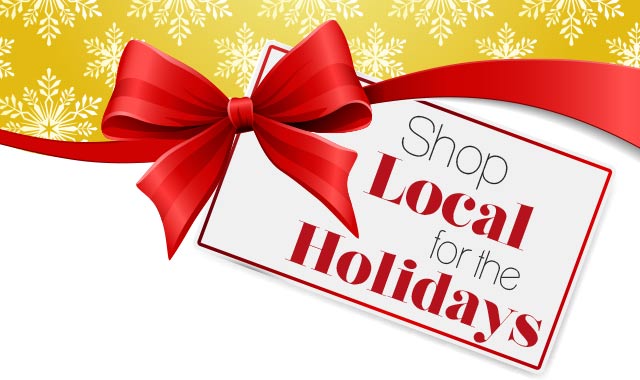 It’s one of the most important and popular elements in the kitchen, and they tie an entire room together. Learn from the designers about tying together all of the elements of the perfect kitchen island.

When Bill and Judi Zangs moved to their new home in Poplar Grove in 2003, one of the first decisions they made was to create a much larger kitchen island than the one they had in their Bolingbrook home.

“Our old kitchen was adequate, but if we had the dishwasher door down, you couldn’t walk between the island and the counter, for example,” says Bill, a pilot. “We wanted a kitchen big enough that could accommodate a larger island.”

The Zangs like to entertain and wanted space that would hold at least 12 or more people. So they hired Better Kitchens Inc., in Niles, which had done work in their previous home, to design their new kitchen, which measures 22 feet by 28 feet. After they made room for their appliances, cabinets and a dining table, they found plenty of space for a large island in the middle of the kitchen. It was so big, Bill jokes, that “we could have put a basketball court in that space.”

Tying it together was the job of Alan Zielinski, a certified kitchen designer and owner of Better Kitchens, and Margaret Sherman, a design consultant. “It came down to the shape of the island,” Zielinski says. “Rectangular or square islands just don’t work. We had to create diagonals to come up with a focal point. There are multiple heights to their island, which has made a great impact on the kitchen.”

What they came up with was a three-tiered island that includes a work area with sink, dishwasher, microwave and warming drawer; a breakfast bar for quick meals; and a side for Brookhaven cabinetry that showcases fine china. The granite countertop has flecks of gold, which match the amber-toned cherry wood cabinetry.

“The island was designed to be large, take up the space, complement the kitchen lines and not look like a monolith of some sort,” Bill says. “We have the warmth of cherry wood on one side, the sink side is hidden from the rest of the kitchen, the center pedestal is a nice place to display artwork and the breakfast bar is a great spot for appetizers. We get lots of compliments on the size and comfort. They did a great job.”

Of all the treasures in the kitchen, perhaps the greatest is the island. It’s the focal point of the room for all to see and enjoy. It’s a gathering place, where family and friends come together to celebrate special occasions or to catch up on current events. Islands come in many different shapes and sizes. They can be ornate and traditional, modern and simple, concrete or wood, and there’s an island that’s right for just about any kitchen.

Years ago, appliances and cabinets were the central point of the kitchen. But these days, kitchens are much larger and open to other rooms, thanks in part to islands.

“Today, most homeowners want an island,” says Zielinski. “They have a variety of reasons for wanting them. Islands provide increased counter space for portable appliances that used to consume counter space. Everything happens at the island – sorting the daily mail, children doing homework, or a place just for unwinding after a hard day at work.”

That extra space is handy for other purposes, too.

“It’s nice to be able to turn around, take things out of the refrigerator and put them on the counter,” says Brandie McCoy, a certified kitchen designer for Insignia Kitchen & Bath, Barrington. “And, it’s especially nice to have that extra space if there are one or more people working in the kitchen.”

When contemplating an island for your kitchen, the most important consideration is whether there’s enough space. “This year, in every initial kitchen meeting, an island was on the client’s wish list,” says McCoy. “Whether it’s implemented or not depends on the space. Many people who don’t have a lot of space for an island try to manipulate the space just so they can have an island. If we squeeze in an island and there isn’t space, it would be more of a hindrance than it would be a help. Most designers recommend leaving at least 42 inches between countertops.”

Islands appeal to homeowners for several reasons, mostly to add an informal dining area, and to increase storage or counter space. These days, islands have the look and feel of furniture. They can be accessed from all sides like a kitchen table. More importantly, there are so many types – cooking islands, cleanup islands, recycling islands, meal-planning islands, baking islands.

“It breaks up the kitchen and gives a better work area,” says Mike Gulgren, co-owner of Gulgren Appliance, in Crystal Lake. “You can have appliances closer to you, such as a sink or dishwasher, which allows you to socialize with your company while you’re preparing a meal or cleaning up. As homes have become bigger, kitchens have become bigger, which allows for larger islands.”

But islands are more than just storage units. There are plenty of appliances attached to the kitchen island, including refrigerator drawers, storage drawers, microwave ovens and microwave drawers, wine coolers, and cook tops with downdrafts instead of overhead hoods.

With two or more cooks using the kitchen, a second sink and dishwasher have become necessities for most islands. The appropriate look to an appliance depends on how it will be used.

“If the homeowner is putting appliances into the island, we have to determine what type of appliances fit the best and how they should be displayed,” says Gulgren. “If it’s a wine refrigerator that’s going to show, they might want a glass door. If they’re going to put a dishwasher in the island, they might want to go with one that pulls out like a drawer, versus a drop-down door, so that it fits in a tighter space. One might be strictly set up for loading glasses. If they do a lot of cooking, there are dishwashers that house pots or pans better. The functionality is nice. It’s definitely the best way to go.”

If you’re going to add a dishwasher or refrigerator drawer, Gulgren recommends Fisher & Paykel or U-Line. Most appliances come in stainless steel.

When it comes to creating the perfect island, there are other factors to consider, such as selecting the countertop, lighting and extra outlets located along the sides or on a raised center.

“It depends on lots of factors,” McCoy says. “I’ll start by educating homeowners on the ability, endurance and the makeup of the product, and what they can expect as far as performance. From there, it becomes an issue of aesthetics. It always comes down to what they’re willing to live with. In the end, I want them to be happy.”

An active island needs plenty of good lighting. That means dedicated lighting – you can’t count on ambient light to illuminate the workspace, and you don’t have upper cabinets to hide task lights, as you do in other parts of the kitchen.

“It’s easy to change the lighting,” says Zielinski. “As with most task lighting, you want the light to come straight down onto the island. The most common is recessed lighting, which is easy with standard-height ceilings but tougher with high ceilings.”

If the distance from the countertop to the ceiling is greater than six feet, you’ll need to use fixtures or bulbs specially designed to project light downward. Another way to go is pendant lights, which hang from the ceiling. “Pendant lights are very popular,” Zielinski says. “We’ve gotten away from typical can lighting over the island. Those days are long gone.”

Chandeliers are still quite popular; McCoy likes to use three smaller chandeliers instead of a single large one, creating more character in the room and keeping the focal point on the island.

If your island will be used for cooking, there are plenty of things to consider. Is it the primary or secondary cooking space? Will there be enough room for countertop on both sides, and behind the cooking surface? And how will the cooking area be vented? “Venting the island cooking area can be a challenge,” Zielinski says. “The choices are to use downdraft ventilation or provide an overhead island hood.”

You might also want casual seating around your island. The height of the eating area dictates the type of seating you’ll use. A 28- to 30-inch-high counter works best with a chair; a standard-height 36-inch counter should have low stools; and a 42- to 48-inch counter needs a bar stool. McCoy recommends no more than four seats in a row.

“If you’re going to seat more than four people at the island, I suggest the seating is arranged on a radius or around a corner,” she says. “For example, if my client wanted to sit six people at a rectangular-shaped island, I would seat four on one side and two on the other side.”

It’s these types of decisions that really require the input and expertise of a kitchen designer. Their experience goes a long way in making a smooth design process.

“It’s really enjoyable designing islands,” says Zielinski. “It gives a designer a chance to be unique or creative. We’re able to create solutions for portable storage, ease of access and space for appliances. We can make it an open space and add lighting, which gives the homeowner the opportunity to show off special dishes or personal artifacts. Large kitchen space doesn’t have to be boring.”

Nor does it have to be a confusing process.
“There are more challenges to putting an island in the kitchen than anything else,” adds McCoy. “It’s great to have – it adds aesthetic beauty and functionality to the room, but there are challenges, especially adding seating, workspace and appliances. Even if you have an island now and want to add a microwave drawer, you have to think about how far that drawer pops out and what’s adjacent to it. There are so many things to be aware of. It’s really important to consult a designer. Islands are totally worth it if done right.”

Every holiday season, Bill and Judi Zangs look forward to entertaining, thanks in part to the festive atmosphere surrounding their kitchen island. Judi, general manager of the Poplar Grove Vintage Wings & Wheels Museum, loves to cook and enjoys the ease with which she can move around the island and the rest of the kitchen. “It’s added so much to our space,” she says.

Her husband agrees. “Our island is very nice,” he says. “The different heights keep it from looking huge. It looks like a collection of smaller pieces done tastefully, rather than one big island in the middle of the kitchen. What we ended up with was a quasi-professional kitchen. When we prepare large meals, two or three people can work comfortably in the kitchen, without stepping on each other. We couldn’t be happier.”