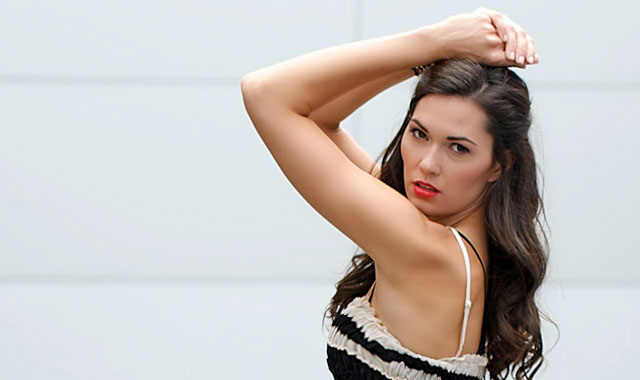 Like father, like son. Meet a chiropractor who’s learned a lot from his father, who started this business more than 50 years ago.

The last thing Daniel Strelcheck Jr. wanted to do was follow in his father’s footsteps. His father, Daniel Strelcheck Sr., was a longtime chiropractor in Crystal Lake, spending five decades treating patients who suffered from headaches, back pain and other health ailments.

Determined to carve his own niche, however, the younger Strelcheck opted for a career in construction and sales. He was content with his work, until he started volunteering to help homeless people and rape victims in the Chicago area. The experience was an eye-opener for Strelcheck Jr., who began to reevaluate his career.

So, 15 years ago, Strelcheck Jr. shifted gears and returned to school. He graduated from the well-known Palmer College of Chiropractic, in Davenport, Iowa, before joining his father’s practice.

“I wanted to be happy with time spent at work,” he says. “I discovered that I really enjoy the construction process of helping other people. Now, I help rehab bodies instead of properties.”

In 1958, Daniel Strelcheck Sr. opened Strelcheck Chiropractic Clinic, one year before Strelcheck Jr. was born. Ten years later, the clinic moved to its current location, at 10 N. Virginia St./Route 14, in a building suited specifically for chiropractics.

The elder Strelcheck settled on a career in chiropractics after suffering head and neck injuries related to playing college football, which resulted in debilitating migraine headaches. He found relief from his constant pain by visiting a chiropractor. “It changed my life,” says Strelcheck Sr. “Eventually I started to feel better. I decided that I wanted to give back and help others the way I was helped.”

Chiropractors work with a variety of physicians – general practitioners, orthopedic surgeons and dentists – when treating various ailments. “We fine-tune the bones in the right place and provide relief for pinched nerves and soft tissues,” Strelcheck Jr. says. “Who wants to go to work in the morning in pain? I don’t. What helps people physically helps them emotionally. Our patients are so appreciative and excited. Their entire lives change when they can do things they thought they could never do again.”

One of Strelcheck Jr.’s first patients was Christine des Rochers, who suffered from neck pain and headaches for many years. “I thought it was something that I had to live with,” she says. But after her first appointment with Strelcheck Jr., des Rochers felt relief; a couple of weeks later, her headaches were mostly gone.

“Dr. Daniel is very compassionate, and he’s passionate about chiropractics,” she says. “He wants his patients to understand why they’re in pain, and to understand how the activities in their lives affect their bodies, the way you sit, get in and out of the car, or even stand at the sink. I’ve found that chiropractic is a proactive way toward better health.”

In 1998, Strelcheck Jr. assumed the business from his father, who retired in 2010. These days, the only adjustments the elder Strelcheck performs are on family members, including his wife, Barbara, who worked at the clinic for 40 years.

“My job as a chiropractor was never work,” Strelcheck Sr. says. “I enjoyed it from the day I started to the day I hung it up. It was a pleasure taking care of the patients. My son is a natural working with patients. He has taken the clinic to the next level.”

Since Strelcheck Jr. took over, the clinic has seen tremendous growth, going from six employees to 25. The staff includes eight massage therapists, three physical therapists and another Palmer graduate, Dr. Peter Norton, who pursued a career in chiropractics due to his own issues with headaches.

Strelcheck Clinic treats between 440 and 460 patients a week. This summer, the clinic saw some of its best numbers in its 54-year history. Strelcheck Jr. says the reason is simple. “We just keep doing the right thing and people know the difference,” he says. “I try to take advantage of everything my license allows me to do to take care of people. We’re one-stop shopping for natural health.”

Over the past few years, Strelcheck Jr. has implemented new technology, while maintaining the same customer-friendly approach his father offered. Adjusting rooms have been computerized, offering clients on-the-spot access to medical information they might need, and instant access to insurance providers and other medical professionals.

In addition, Strelcheck Jr. has relied on his sales and business experience to help to reshape the clinic. He developed a solid financial plan, self-financing most projects. He redefined business relationships with his back-to-work program and added many advanced techniques. This assured the practice financial independence, diversified streams of referrals, and access to the right tools for the job.

“I have a couple of key business philosophies that I’ve always believed in,” he says. “Most of them come from how I want to be treated. People want a good value for what they spend their hard-earned money on. They love when they get more than what they expected. We have always tried to perform above and beyond what people’s expectations are. And we treat everyone as an individual. There are no two cases alike. We make sure we’re thorough and we treat them with kindness.”

When Strelcheck Sr. started out in the chiropractic business, adjustments were just $3. These days, most chiropractic work is covered by insurance, although deductibles are higher. Still, Strelcheck Jr. says good health care doesn’t have to cost a fortune.

“You don’t have to spend $10,000 to take care of low back pain,” he says. “There are things that are driving up some of the health care costs in this country. There are old-school ways to treat people, methods that my dad has been using since 1958. They worked well then, and they work well now. We have progressive treatment programs that, if that technique is working and our patients are getting positive responses, then we won’t do all those other expensive things. The key to our success is treating patients and their pocketbooks fairly.”

Strelcheck Chiropractic Clinic also believes in giving back to the community. The clinic is involved with five chambers of commerce and donates to several local organizations each year. Strelcheck Jr.’s wife, Pamela, the clinic’s marketing director, is a board member of the Crystal Lake Chamber Foundation, president of Women in Management and a volunteer for GiGi’s Playhouse. “The city of Crystal Lake has supported us for 54 years,” Strelcheck Jr. says. “We love supporting the city, county and the people of this community. Without our patients, there would be no Strelcheck Clinic.”

On Oct. 3, Strelcheck Sr. will be honored for his stellar career at a luncheon attended by many of his lifelong patients. The mayoral proclamation “Dr. Dan Strelcheck Day” will commemorate 50 years in business. While his father is no longer involved in active practice, Strelcheck Jr. says his dad’s long and successful career won’t soon be forgotten. “Many of his longtime patients still ask about him, whenever they visit the clinic,” says Strelcheck Jr.

While father and son no longer work side by side, Strelcheck Jr. says his decision to join the family business was beneficial, not just professionally but personally: It brought the two closer together.

“My father and I had a bit of a tumultuous relationship during my teenage years – I was a bit of a rebel,” he says. “But I created a stronger bond with him through chiropractics. We have a commonality that we never would have had before. My father has lived it all. He gives me great advice, in good times and during difficult times. We’re the best of friends.” ❚