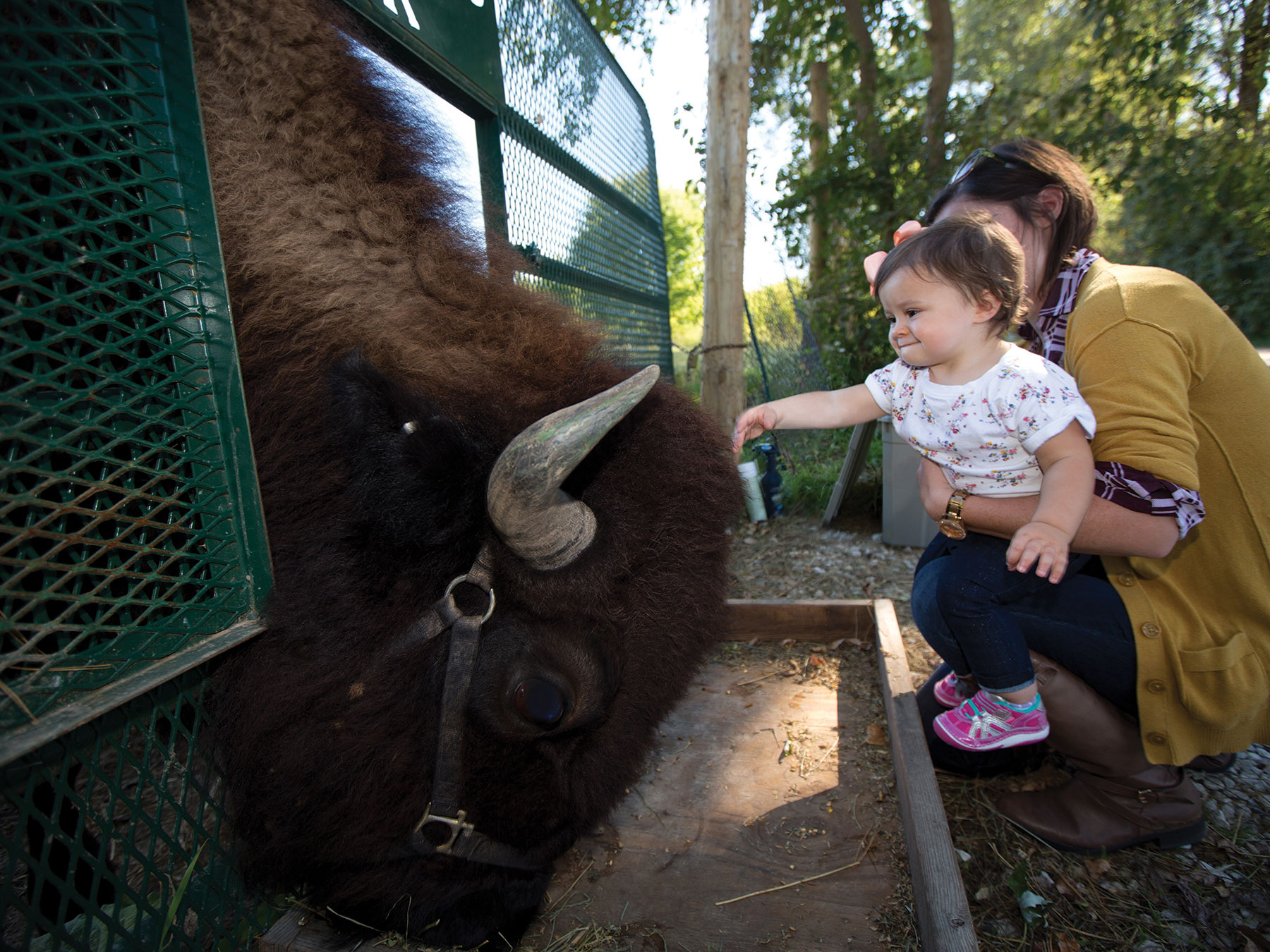 For this group of neighbors, charity literally starts at home. Discover how this unique rural event began, and how you can join the fun.

What began as a different kind of studio art show, initiated by a couple of artists living along Garden Valley Road in rural McHenry County, has evolved into a much-anticipated neighborhood fall festival, showcasing local artists and farmers and assisting several local nonprofit organizations.

Always held the third weekend in October, this year’s Autumn Drive takes place Oct. 19-21, from 9 a.m.-5 p.m., and involves 14 residents along 10 miles on River Road, Garden Valley Road, Franklinville Road and Illinois Route 176 in Marengo and Woodstock. This will be its 25th year.

“Farmers and residents do whatever they want on their properties,” says Robert Blue, Autumn Drive co-founder and yearly organizer. “Some sell things they produce on their farms – vegetables, fruit, honey, pumpkins, fiber. Some sell antiques, crafts, pottery, ceramics. Each participant, as desired, invites other vendors or artists or nonprofit groups to set up booths on his or her property during the weekend. It’s a very eclectic mix, with something for everyone.

“One farm has a corn maze and petting zoo. Another has 30 to 50 antique cars every year. Some set up a stage and have local performers or storytellers. There are food vendors, local organizations, demonstrations, antiques. And we draw 10,000-12,000 people over the three days, if the weather’s good. If it’s not, we still get between 5,000 and 8,000.” Along with raising awareness for local nonprofits, the group donates 50 percent of its proceeds to local charities.

Blue lives on the corner of Garden Valley and Franklinville roads in Woodstock, where he runs his art studio, Blue Eagle Pottery. Autumn Drive started when neighbor and artist friend Fran Stake came to Blue and suggested the pair do a studio show together.

“But she didn’t want the typical artist’s show,” Blue explains. “She wanted all of our neighbors involved. Fran contacted every neighbor within three miles and asked them to join in. We had 18 participants that first year, and we all had such a great time, we agreed to do it annually. The next year, we decided to invite local nonprofit groups and charities to take part, like the McHenry County Historical Society and the McHenry County Conservation District, who now set up booths every year. We’ve used Autumn Drive to raise cancer awareness – breast and others. Last year, we had a blood drive, and Centegra Health System had a booth, although they aren’t joining us this year. As participants, we do make a profit, but we also give back to the community, and our supporters know this.” Stake, 81, no longer hosts, but still attends.

“You drive to one location and park, visit three or four places, and then drive about a half-mile, park and visit more places,” says Blue. “It’s so nice to have this neighborly feel in a rural area. Everyone lives on three to five acres, and before this, we all did our own thing and nobody knew each other, except maybe to wave. Then Fran got this going, and now it’s more like a subdivision. We get together several times a year to plan. And everyone helps in some way, so it’s not a huge burden on just a few people.”

Blue invites 10 other artists to his studio to display and sell their art. “It’s almost like a mini art fair,” he says.

On River Road, Cody’s Farm is the first stop on the drive, owned by Don and Sharon Purdom and son Cody. They’ve been participants for 12 years, selling fresh produce, including sweet corn, tomatoes, green beans, raspberries, pumpkins, squash and gourds. They also sell gourmet popping corn, honey from their own bees, cornstalks and straw bales, along with antiques and collectibles. Visitors find a variety of fun activities at Cody’s Farm, too.

“We have a free children’s play area that includes a huge ‘corn’ box – like a sandbox but filled with corn,” says Sharon. “The kids just love to play in that. We also have a four-acre corn maze, hayrides and barrel rides, and a pumpkin launcher – activities which you do pay for, but we try to keep the cost down. As a farm family, we know how expensive outings can get.” The family also hosts about 10 vendors selling handcrafted and homemade items and antiques, and the Purdoms sell their own fresh homemade apple cider and apple cider doughnuts.

“Our son, Cody, at age 12, wanted to buy a four-wheeler,” Sharon explains. “So, my husband planted an acre of sweet corn and told Cody that it was up to him to take care of it and harvest it, and if he made enough of a profit, he could buy his four-wheeler. Well, Cody did so well that he convinced his dad that the farm should grow sweet corn on a bigger scale, and it became our staple. Today, we grow everything – vegetables, strawberries, flowers, gourds – and Cody, who’s 26 now, really was the driving force. So that’s why it’s called Cody’s Farm.”

At about the halfway point of the drive is Grace Farm Studios, on Franklinville Road in Woodstock, with organic produce, you-pick berries, handmade fiber from its own sheep and alpacas, quilt supplies and an art studio.

The McHenry County Historical Society (MCHS) has taken part in Autumn Drive since it began. “We have a building right on the corner of Franklinville and Garden Valley, the old Seneca Town Hall,” says Nancy Fike, MCHS administrator. “We open the building and sell quilt raffle tickets and local history items. We have three other vendors inside, and the kettle corn guy always sets up outside, along with a few antique dealers.”

Autumn Drive gives MCHS public exposure and promotes its effort to preserve buildings on their original sites. “It’s the only drive-and-stop tour in McHenry County, something that’s become quite popular across the country,” Fike says. “If you’ve been here, there are new vendors each year, and if you’ve never been, it’s a beautiful drive in the countryside that supports local artists and nonprofits, and it showcases McHenry County’s rural landscape.”

The major focus of the event is to provide support to those who provide support. “For all of us on the road, the important charity is Faith in Action,” says Blue. “It’s a nationwide movement with a local chapter, and it’s been around for 20 years. It’s a partnership of several churches in the area that help older people to stay in their homes. Together, the churches’ members assist with meals, do wellness checks, help with medications, make sure the heat and air conditioning are working – whatever’s needed.”

At the Lunch Barn, brats, hot dogs, hamburgers, pulled pork, beverages and snacks are served up. “All of us on the road help out here,” says Blue. “We get all of our meat wholesale from Marengo Meat, and 100 percent of these proceeds are divided between Faith in Action and the food pantries.”

Autumn Drive: Neighbors helping neighbors, getting to know one another, opening themselves up to strangers and friends alike, showcasing their area’s local talent and bounty.

The Sweet Corn Festival is more than just a beloved ...